For the past few years now, Signal Studios has been churning out Toy Soldiers games for Microsoft’s Xbox 360 console, where players could engage in strategic battles in the comfort of their backyard—or any other given playplace. What looks like child’s play is anything but, as the pure engagement of battle, along with the many weapons and soldiers you can utilize, made each new skirmish enjoyable. Not to mention providing a change of pace from the usual war-themed fare.

Now Signal is back with its third go-around, War Chest, with Ubisoft publishing it for many platforms—including Xbox One, PlayStation 4 and PC. The tactics are about the same: you still engage in combat with rival armies while consistently keeping everything balanced and opening up new options. However, there are a few familiar faces that will give the game some character, and finally answer the question, “Who would win in a fight? He-Man and the Masters of the Universe? Or Cobra Commander?”

While there are four general armies to choose from based on popular toys—military-based Kaiser, science fiction-oriented Phantom, fantasy-driven Dark Lord and, of course, girl toy-based StarBright—the real stars of the game are the ones that can be added with the Legendary Heroes pack. He-Man, alongside Duke from G.I. Joe, Cobra Commander from Cobra, and Ezio Auditore di Firenze from Assassin’s Creed II, all lead armies into battle while enabling players to take control of them as well, adding a little extra energy for a tactical advantage.

Throughout the game, players put their armies to work using tanks, turrets, soldiers, and other assigned roles as they engage in combat with invading armies that come in pre-set patterns. As players progress, they can unlock new tools to use on the battlefield, including dive bombers and other vehicles—which can actually be put into use in real time. There’s no “wait for your next turn” option here, as you can change the tide of a fight in a matter of seconds with the right resources. 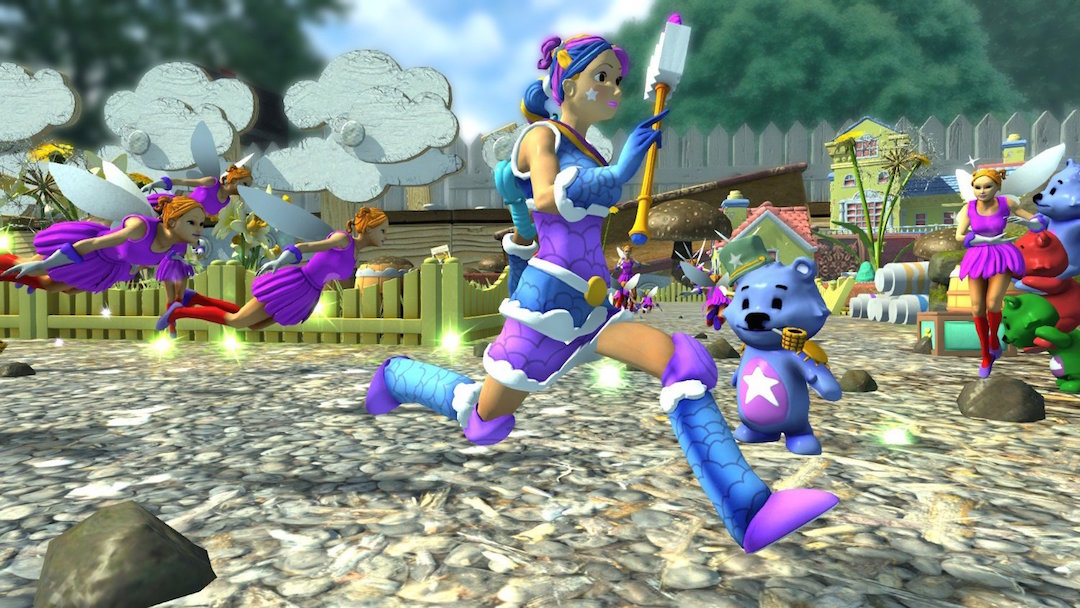 Following each fight, players can make changes to their army—strengthening them or increasing their skills in certain areas—so that they’re more effective the next time round. This takes money, but with each successful wave of enemies you defeat, you’ll clean up on coins in no time.

As progress is made towards enemies, a “super bar” fills up. Once completed, the main hero of the army can step forth and do some major damage for a limited amount of time, whether it’s He-Man, Ezio, or some other given leader. This tactic comes in handy during multiplayer bouts, especially if one team ends up getting clobbered by another’s military defenses.

Between addictive online battles and a main campaign with various challenges to overcome, Toy Soldiers: War Chest packs all the fun of a full-fledged war into a child’s toy box. But at least this one is open for all ages to enjoy, whether for nostalgia purposes or just wanting to send a league of military toys packing. Plus, this one’s got Orkos available for battle, and you can’t go wrong with Orko.