In a world that feels increasingly dystopian, it’s likely not a coincidence that we’re drawn to depictions of people in drastic and dire situations, who manage to find hope and ultimately the will to survive. NetflixÂ is adding another entry to their post-apocalyptic catalogue this month with IO, a bleakly beautiful exercise in science fiction, which focuses on the last known people on earth, played by Margaret Qualley and Anthony Mackie.We recently shared a phone call with the charming MCU actor, who recently starred in the searing police brutality film, The Hate You Give, and will soon take on the role of Takeshi Kovacs in season two of Altered Carbon. During our insightful chat, Mackie opened up about what drew him to the end-of-the-world drama, his favorite science fiction movies, and why now more than ever we need films that promote love, sacrifice, and survival. 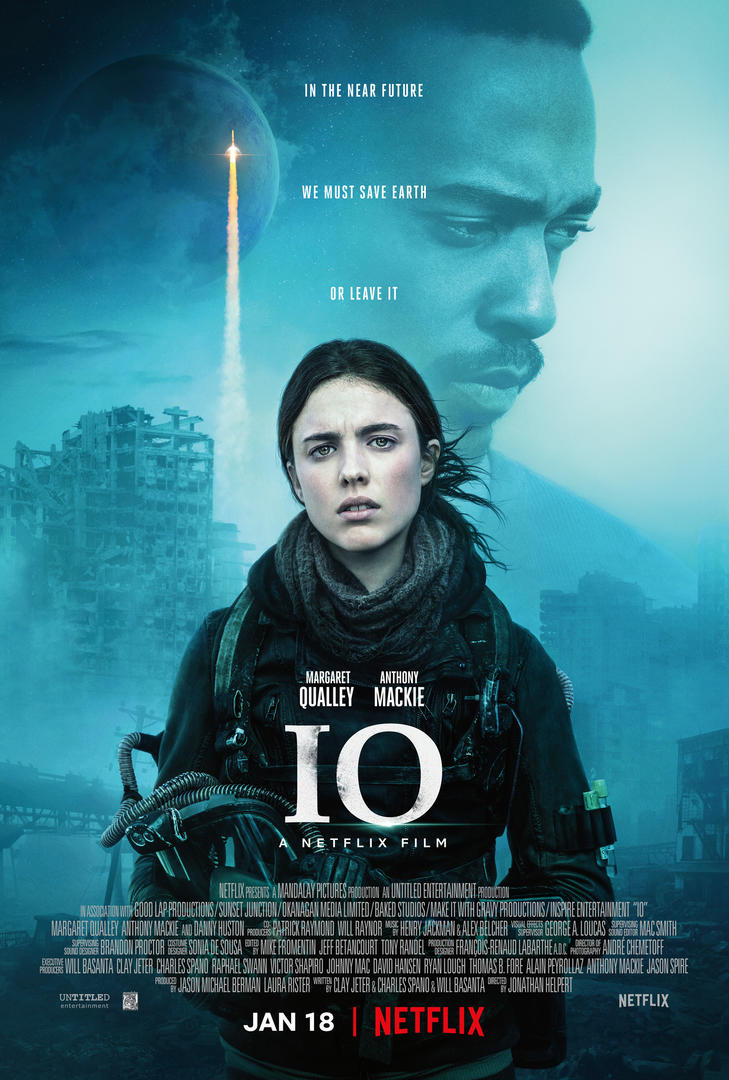 Nerdist: What was it that first drew you toÂ IO?Anthony Mackie: I’m always intrigued by end of the world, and final world stories. And when I met with the director, I was really impressed by his vision and his take on the idea of the last two people on Earth. What are you willing to sacrifice? When does survival turn into appreciation and love? I feel like in this day and age, love has become this kind of bourgeoisie fantasy. And what is it actually to our generation? How do we fit into the equation of love? It’s become this thing of what can you buy me? What can you afford? What can you give me? Rather than “I love and appreciate this person for who they are.”Nerdist: What was it about your character Micah that made you want to take on the role?Mackie: His pain and desperation. I think that once you become a parent, your outlook on the world is very different, and your appreciation for life is very different. I was really blown away and excited about it, and into the idea of self-sacrifice and appreciation.Nerdist: When it comes to sci-fi that films you love, which classics stand out to you?Mackie: Well, of course 2001: A Space Odyssey;Â it’s one of my favorite of all time. I can watch Independence Day with Will Smith every day of the week, so those two I really love. And on a more naturalistic level, Apollo 13. I guess it’s not a “sci-fi” movie but the performance that Tom Hanks gives is second to none in his vulnerability, and the level of sacrifice is something I find remarkable.Nerdist: How do you relate to a character like Micah who is in the midst of an almost unimaginable world?Mackie: I think that really an actor’s job is to reach the place of a kid. Kids’ imaginations are amazing–if you tell them there’s a sword in their hand, then there’s a sword in their hand. So as an actor our goal is always to get to that point before someone told us something wasn’t real. As adults our imaginations have sort of been ripped out of us. We’ve become jaded because someone said “Oh that’s not real” or “That is real.” So I always try to activate my imagination. I feel like when you believe the audience will believe.Nerdist: How do you feel that IO subverts our expectations of the post-apocalyptic genre?Mackie: The great thing that Jonathan [Helpert, the director] was able to do was strip the movie down to its bare minimum and just allow the film to speak on its own without us telling you what’s going on moment to moment. As an audience member you get the opportunity to discover with us and to go on this journey with us, so I feel like with that the movie gives you the old school experience of being an audience member. I feel like when you spoon feed the audience you let them off the hook and we don’t do that. You really have to pay attention and go on the journey with us, which makes it this really fun realm to play in.Nerdist: What are you most excited for fans to discover when they watch IO?Mackie: The idea of selflessness, the idea of love. I keep saying love, but it’s not really a love story; it is a story about two people who are willing to sacrifice for each other. What are you willing to sacrifice for those people that you say you love? People always say “I’ll die for you” and I’m like “Oh shit, that’s the easy way out! I want you to survive for me! I want you to suffer through this shit with me!”IO hits Netflix on January 18th