This year at GenCon 2016 Monte Cook Games announced a new game line, seemingly designed to blow the lid off what we normally consider gaming. Invisible Sun is a bizarre roleplaying game set in a surreal fantasy setting inspired by the work of writers such as China Miéville, Grant Morrison, and Philip K. Dick. The mysterious nature of the game is being reinforced by a viral geocaching hunt for clues and a next generation take on how we play tabletops. 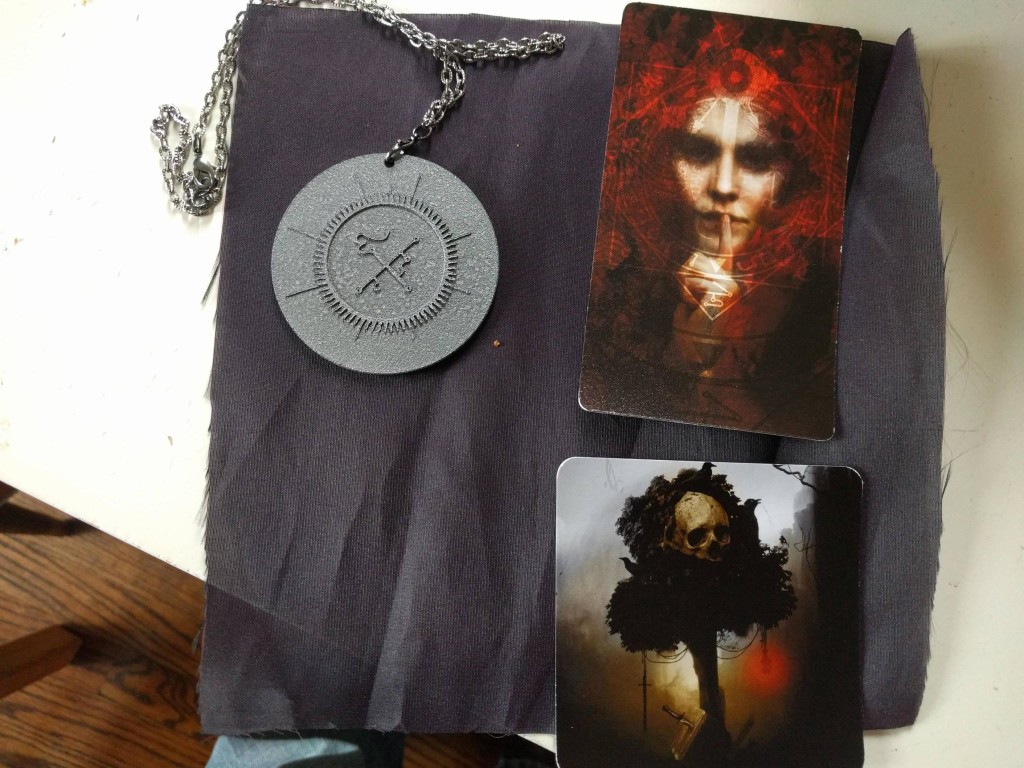 Major themes of Invisible Sun include the subjective nature of reality, the idea of several worlds beyond our own, and colors and secrets as gateways to magic. The premise seems to be that characters are beings from beyond our reality, accustomed to a greater understanding of “Actuality,” but who are only now remembering their true nature here in “Shadow.”

However, the full setting is only being told to us in snippets, as we the fans uncover secrets through the PathOfSuns.com website. If you head over there, you’ll see a list of geographic coordinates in the US. These are the locations of caches of mysterious objects which seem related to the game. At the time of this writing, only 7 of the 9 known caches have been found. Who knows, there may be even more we’ll uncover as we get closer to the Kickstarter campaign and game launch.

The site also hosts a few amazingly voiced audio clips. Some of the lines from these stories are referenced on this enigmatic Twitter account.  Here’s one we’ve found on a related YouTube, describing the insidious power of mirrors:

The game comes in an intimidating black cube, rather than an art-covered box, complete with a stylish resin arm called the Testament of Suns, used to hold game cards involved in the magic system. This is all well and creepy, but where Invisible Sun really shines is its dedication to changing the nature of gaming. Characters don’t progress linearly so much as change abilities based on a story arc. Narrative tools such as foreshadowing and flashbacks are employed to add additional storytelling, but also to help with adapting gaming to the increasingly difficult demands of playing while being an adult. 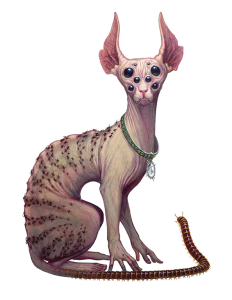 You might, for instance, decide to do a flashback scene between game sessions, working with your GM to flesh out why you’ve been somewhere before or known some important NPC. This sort of between-game play is incorporated directly into the workings of Invisible Sun and supported by an app designed to coordinate communications and game mechanics. We’re adults and games should be made to take into account our busy schedules. This game aims to do that, while using that distance play to actually make the story richer and more narrative.

Monte Cook Games will also be providing “directed campaigns”, where GMs will be able to sign up for additional support in the form of monthly story seeds and even physical props sent to them. Players can even sign up for their own part of this service, receiving mysterious packages at home inviting them to deeper secrets within the setting.

If you’re interested in solving mysteries with us, there’s a fast growing Invisible Sun fan community on G+ where we’re coordinating our efforts. It’s sure to turn into a thriving community for the game itself once the game launches.

The Kickstarter for Invisible Sun hits on August 15th. Check out video of the official announcement and let us know what you think in the comments.