Saying that Hyperstealth Biotechnology’s “invisibility cloak” is just as good as Harry Potter’s would be an obvious overstatement, but even though it hasn’t reached that level of sophistication (or magic?!), it still works shockingly well. Just check out the proof-of-concept video below to see, or rather not see, for yourself.

Hyperstealth, a company based out of Maple Ridge, B.C., Canada, is focused on various camouflage and stealth technologies, as well as solar panel inventions and holographic displays, although much of its work seems to be in the nascent stages of development. Regardless, its “Quantum Stealth Light Bending Material,” which has been used to make this invisibility cloak, obviously seems like it’s working quite well. In the above clip, as well as the one below, Hyperstealth’s CEO, Guy Cramer, demonstrates his invention, which more or less hides whatever is behind it.

In terms of how the Quantum Stealth material pulls off its trick, that’s all about bending light. In a lengthy, and quite informative, technical video describing how the material works, Cramer notes that the newly patented material pulls off its feat of invisibility by refracting incoming light with a sheet of lenticular lenses. And even though this may seem like some fancy physics, the principles, as described by Cramer, are quite simple. 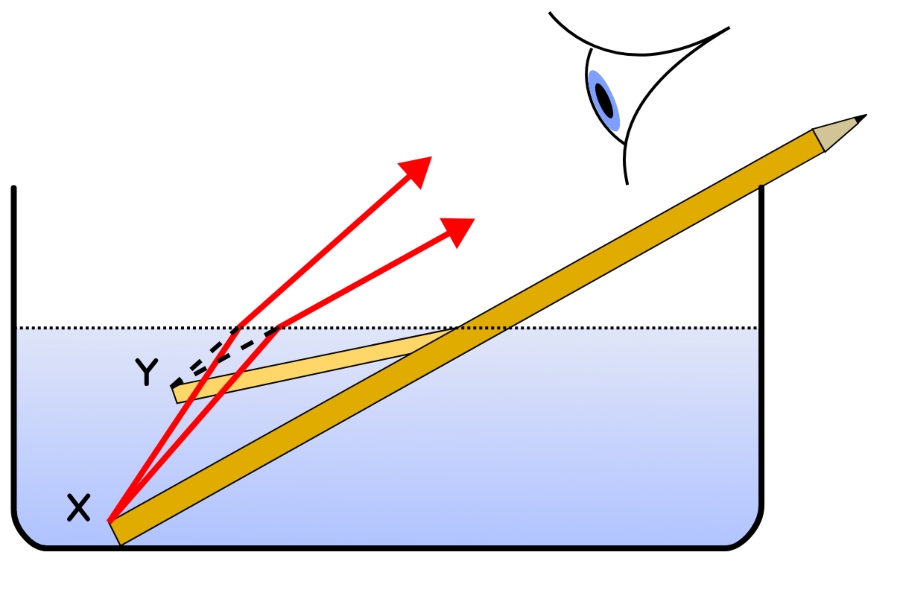 An image showing how refraction of light works. Gregors

The phenomenon of refraction, which is the “bending” of light, occurs when light passes at an angle from one medium with one particular density into another medium with an unequal density—say, from air to water, for example. The light gets bent (sorry, light), because as it passes from one medium into another, it changes speed thanks to the change in density between the two mediums. The best way to imagine this is by imagining a car driving from one smoother surface, say, freshly paved asphalt, onto another, rougher, surface, like sand. As the car hits the sand at an angle, one of its front wheels will hit the sand first and slow down, forcing the other, faster-moving wheel to turn (because both wheels are connected to the car).

All that fun science aside, the applications for this kind of material could be endless. Obviously the military would love to be able to hide physical objects on the battle field, and we imagine it would only be a matter of time before some kind of IRL Wonder Woman jet would be created. In the meantime, Cramer says that he has patented the Quantum Stealth material and plans on licensing it out to other companies. No word yet on when young wizards will have access to the technology.

What do you think about this “invisibility cloak” and this Quantum Stealth technology? Let us see your thoughts on this invention in the comments while we still can!