Inside the Game: Raigan Burns Discusses the Positives of N++ - Nerdist

Inside the Game: Raigan Burns Discusses the Positives of N++

Sony has been a long-time supporter of the indie game movement on its PlayStation console, and more and more developers are making the transition to the PlayStation 4 as a result. Among these developers is Metanet Software, the team responsible for the skill-based platform/collection game N+, which made its debut on Xbox Live Arcade and Nintendo DS back in 2008.

The game created a huge following, prompting the developers to get to work on a sequel – and the fruit of that labor, N++, makes its debut on PlayStation 4 this week as a downloadable title.

We sat down with the studio’s co-founder, Raigan Burns, to get more insight into the sequel, as well as its transition from one console to another.

The original N+ arrived for Xbox Live Arcade in 2008, followed by a version for the Nintendo DS. What was your initial goal with the game?

Our main goal with N+ was to see if console gamers would be into something a bit different from what they were used to; we also wanted to try and expose as many people as possible to the idea that there’s still a lot of room left to explore in 2D, that modern games can be modern without being 3D.

Yours is a unique platforming game, as it requires more on using parkour-like skills to complete a stage instead of using a weapon. What gave you guys the idea of putting this into action?

I think we were probably influenced by Lode Runner, where the game is about solving each level rather than killing everything.

Why’d it take so long to get a sequel put together?

When we started, we were just going to make a more-polished version of N+, and we thought it would only take about 9 months. A s we started working on it, we realized that there were a lot of interesting ideas that we hadn’t properly explored, so we decided to take more time and really make sure that N++ is the best and final version.

Does N++ continue the status quo of what the first game accomplished? Or are there new features that players will get excited about here?

The biggest change might be that we’ve had eight years to develop our level design skills, which means that the levels are a lot better than in previous versions.

Having said that, we also put a lot of effort into the multiplayer, especially the design of Race mode — when you reach the exit, you turn into a rocket and can hunt down your opponents! That’s pretty fun. Aside from the new enemies (which we think are pretty awesome), the global level sharing is something we think is really exciting.

It seems a lot of developers are making the transition from the Xbox 360 to PlayStation 4 for this generation. What is it about Sony’s console that’s so appealing to the indie front, you think?

For us it was not necessarily the console itself (although, that definitely helped to enable our vector graphics engine), but the people. Nick, who we worked with at Sony, was a fan of N+ and was really excited about N++. This experience, of working with someone who is really enthusiastic about our game and who understands our vision, was sadly not something that happened with Microsoft. 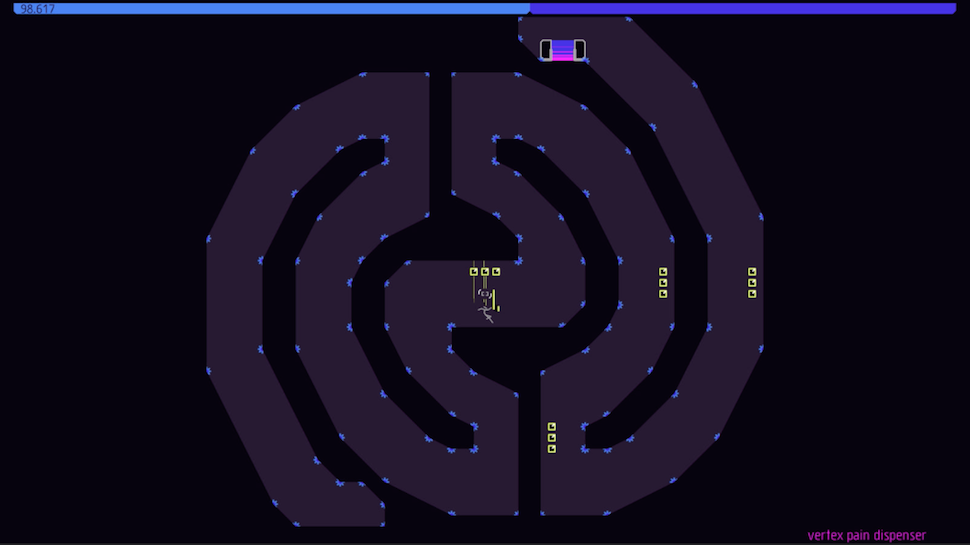 Will additional level packs get added to the game as they get finished? We already know there are over like 2,000 in there already.

Yes, we’ve actually made about 4,000 levels, however making the levels is only about half of the work. Then we have to polish, arrange, and playtest them. We’ll be rolling out updates throughout the year that add new features, as well as new levels. The updates will be free for everyone who has already bought the game.

How does multiplayer work in the game? Is it competitive, or do you have to work together to complete a level?

There are two multiplayer modes, co-op and race. Co-op is, as the name suggests, about working together to beat a level –  hitting a switch to open the way for your teammate, or luring an enemy away so that they can reach the exit. Race, on the other hand, is the opposite. It’s a competitive mode where players race to be the first to the exit — at which point they become a rocket and try to kill the other players. Race is probably the most fun mode in the game.

Finally, after taking a much-deserved break, do you think the team will start work on N+++?

We definitely have a lot of work left to do on N++, but after that we will definitely not be making another N game – ever. That was our main goal for N++, to make the definitive version, so that we can move on with our lives and work on some new games.

N++ is available now, and can be downloaded here.