Our Dream Oscar Contenders for the 2021 Academy Awards - Nerdist

Our Dream Oscar Contenders for the 2021 Academy Awards

Ever since the COVID-19 crisis struck, many films have been delayed in both release and shooting. The new movies that have been released have been far from the major movies that 2020 was supposed to be full of. As such, the Academy has now altered their eligibility timeline for movies that could contend for Oscars. Usually running from Jan 1st to Dec 31st each year, the 2021 ceremony will now include films released until February 28.

Even with the extension, there is still a chance that the instability of the current situation means that we might not get too many more big movies before time runs out. So in this piece, we’re highlighting some of the weird, wonderful, and unlikely movies we’d love to see take the spotlight when the Academy reconvenes next year. 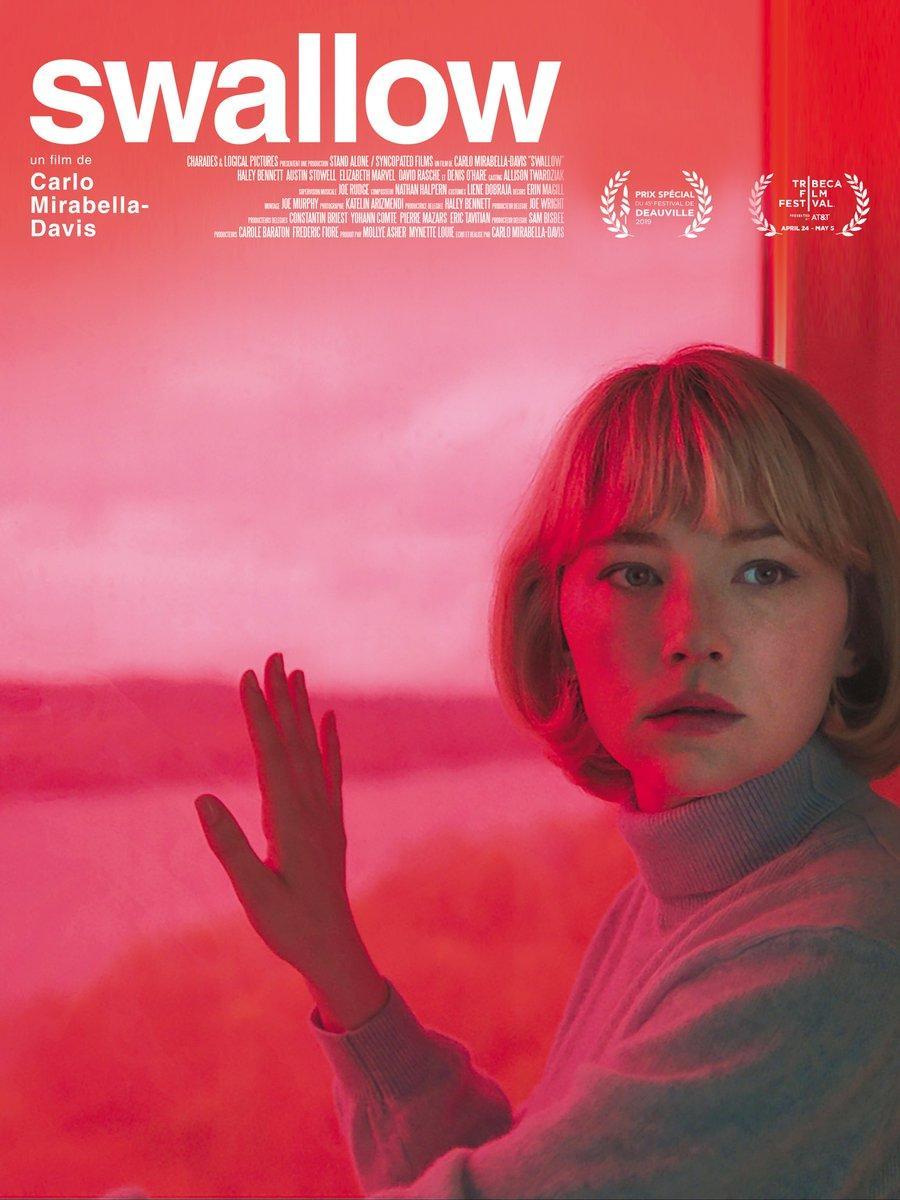 This stunning, stylish, and spine-tingling chiller is built around an incredible central performance from Haley Bennett. Hunter is a young housewife whose loneliness and lack of control leads to her finding a new way to fill that empty hole inside (literally). Hunter’s habit of swallowing inedible objects is at the center of this character study that defies the boundaries of genre. Bennett should be a shoe-in for best actress in any just world, and Swallow was technically a #1 at the box office thanks to its release at one of the few drive-in theaters operating during the current crisis. 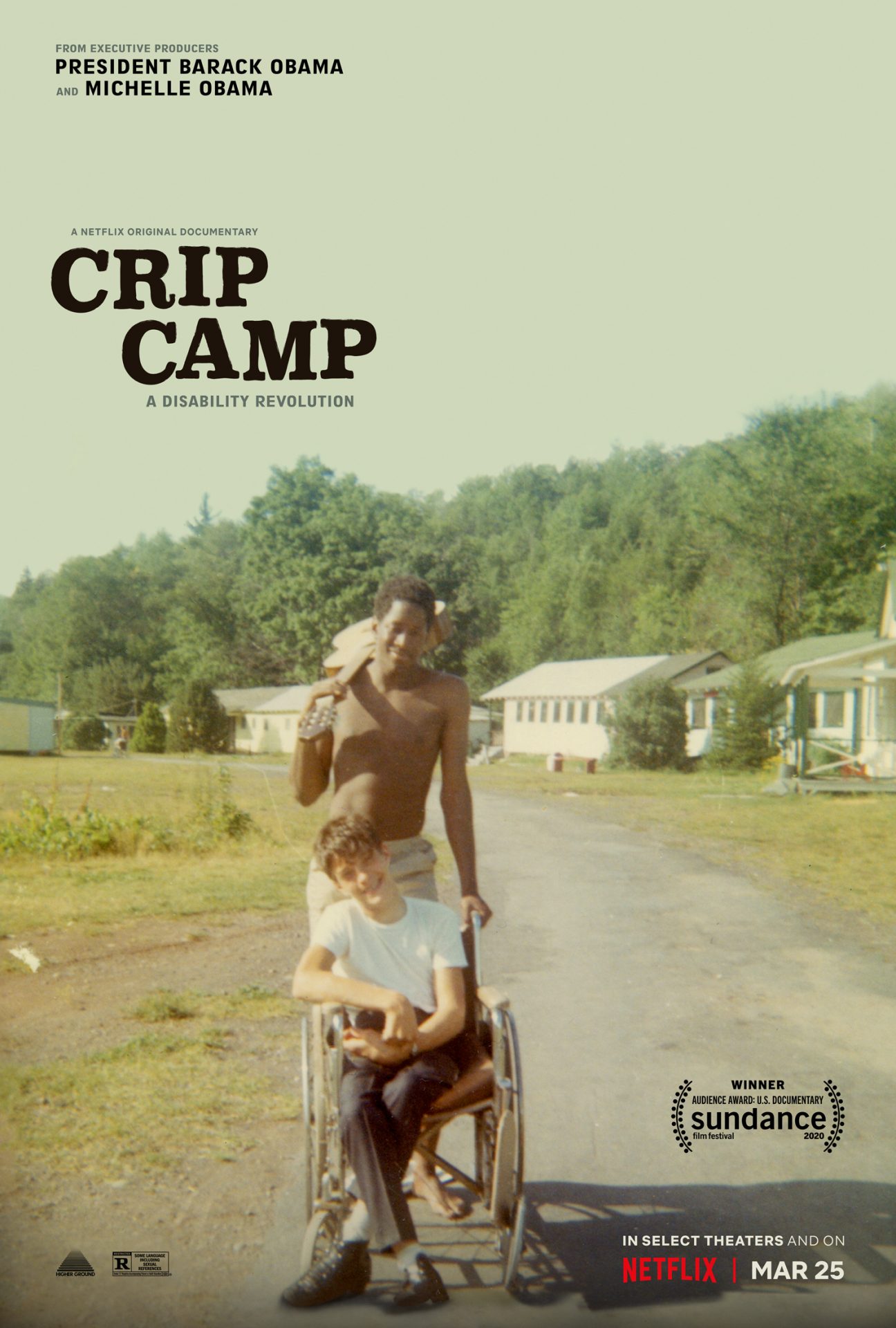 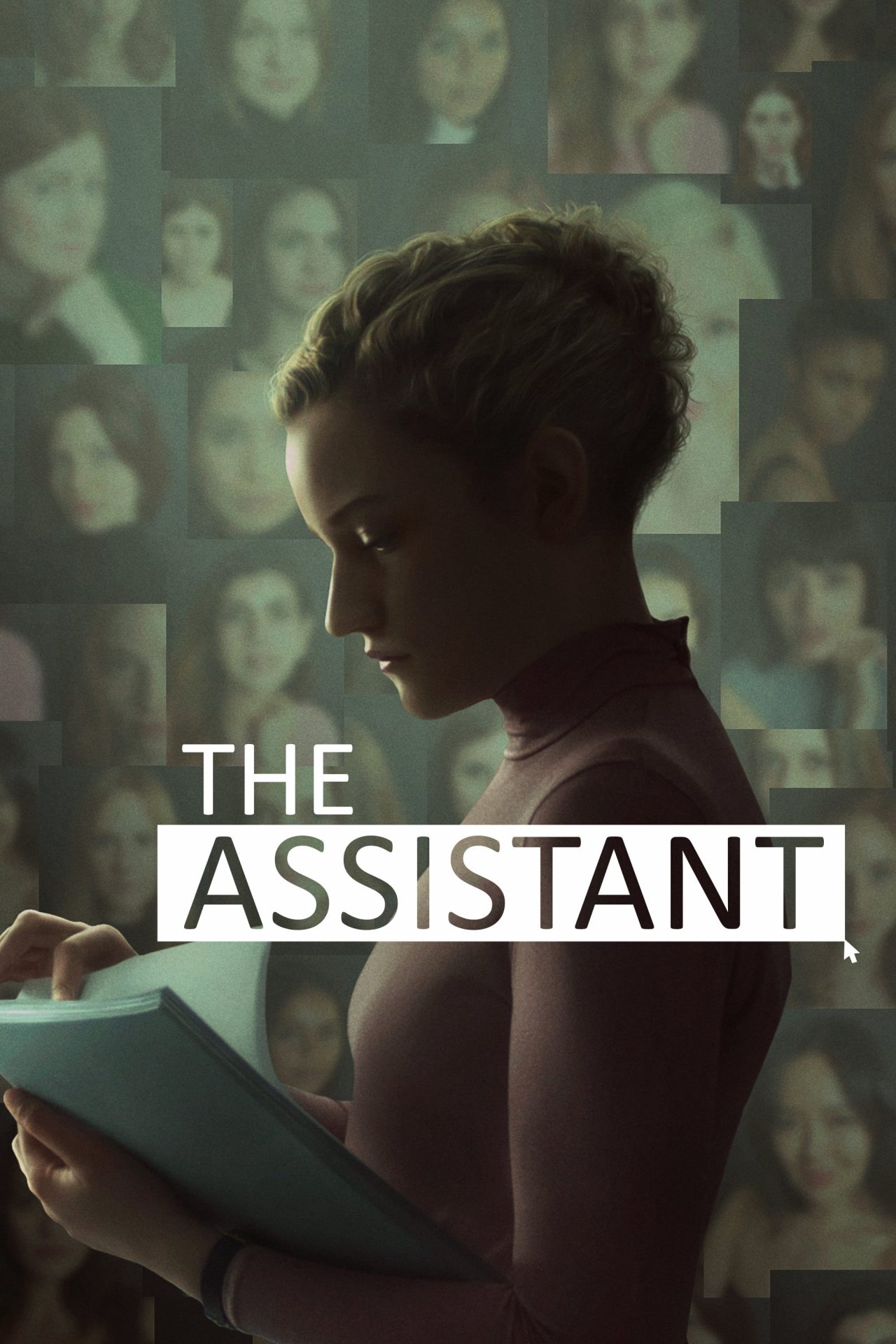 Though the Academy rarely celebrates films that shine an unflattering light on Hollywood, The Assistant should sweep the board when the time comes. Julia Garner offers up a sterling and subtle performance as a young assistant who tries to combat the culture of sexual harassment at the production company where she works. The Assistant is a slow burn experiment, taking place over just one day; it offers no answers, and is explicitly real about the dangers of turning a blind eye and the retribution wielded against those who won’t play along. 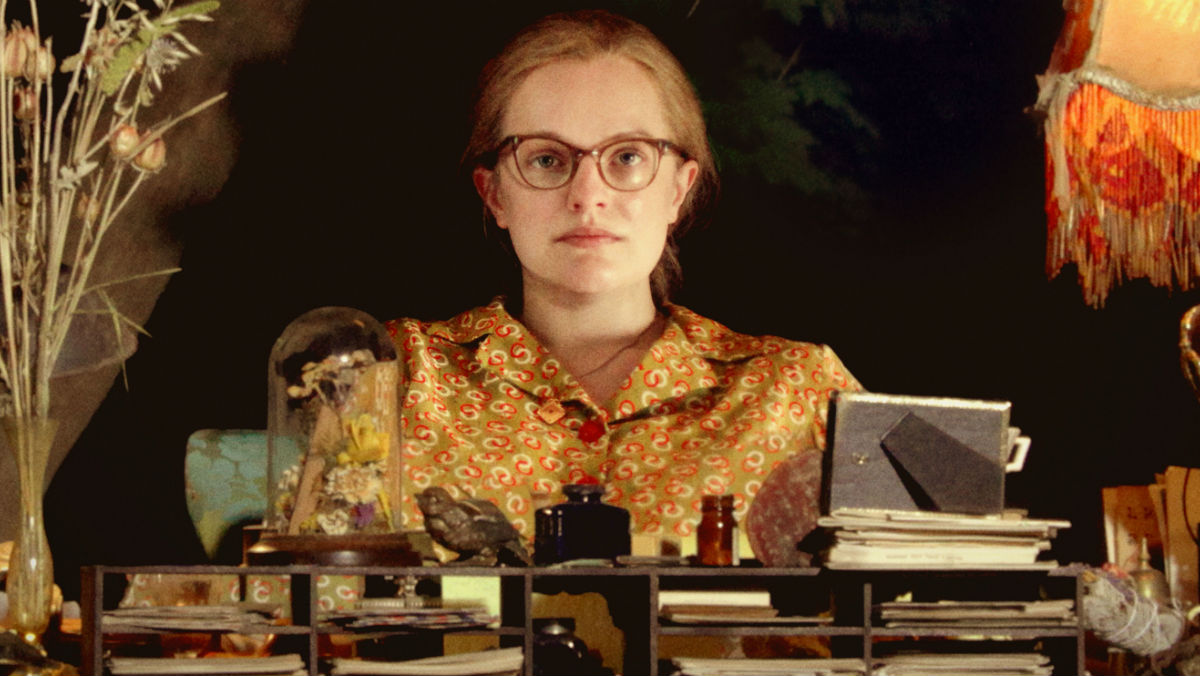 Josephine Decker should have been celebrated by the Academy already for her brilliant and experimental Madeline’s Madeline. But, alas, she was ignored. She’s back this year, though, with this anti-biopic that centers on another incredible turn by Elisabeth Moss bringing to life horror icon Shirley Jackson. It’s a searing emotional horror about Jackson, her husband, and the naive young couple that they take much pleasure in tormenting. Shoutout to the production designers, who should definitely be getting some recognition. 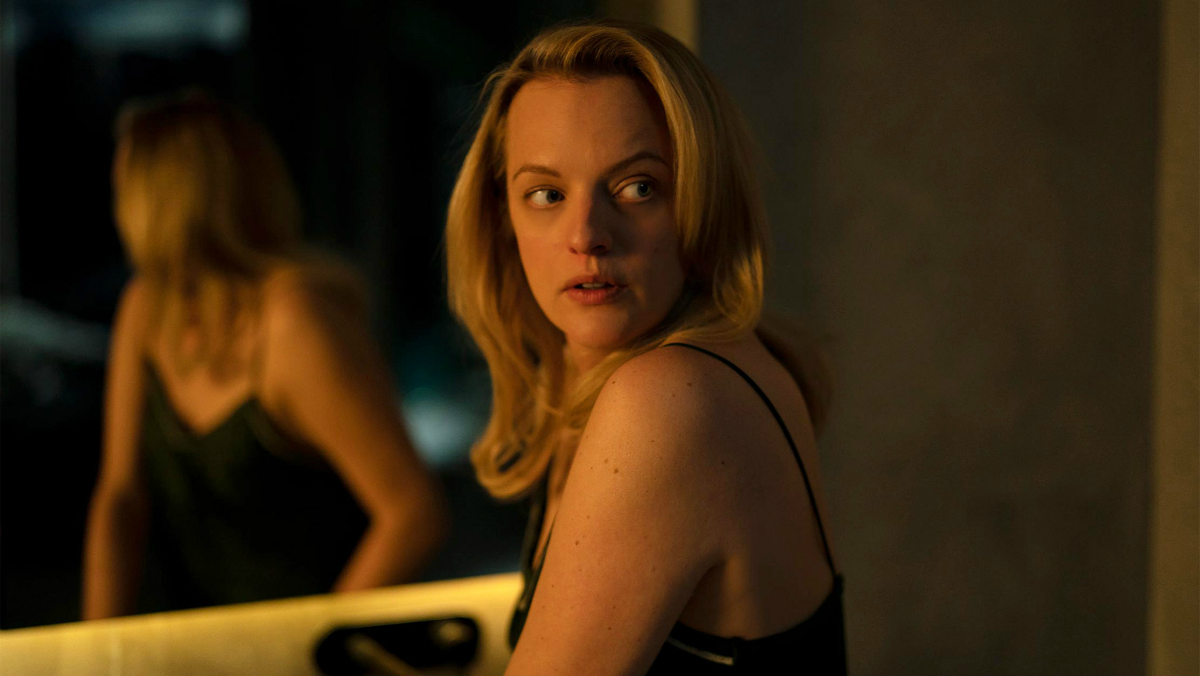 Leigh Whannell reimagined the iconic Universal Monster in this bleak and bold horror. Elisabeth Moss is incredible as always and should get some awards love for this unreal performance. Whannell and his stunt team also make magic happen on a budget of around $5 million, with the camera becoming a character and plenty of awesome invisible fight sequences. If there’s any justice in the world this would be a top contender in the weird cinematic landscape of 2020.

I Will Make You Mine 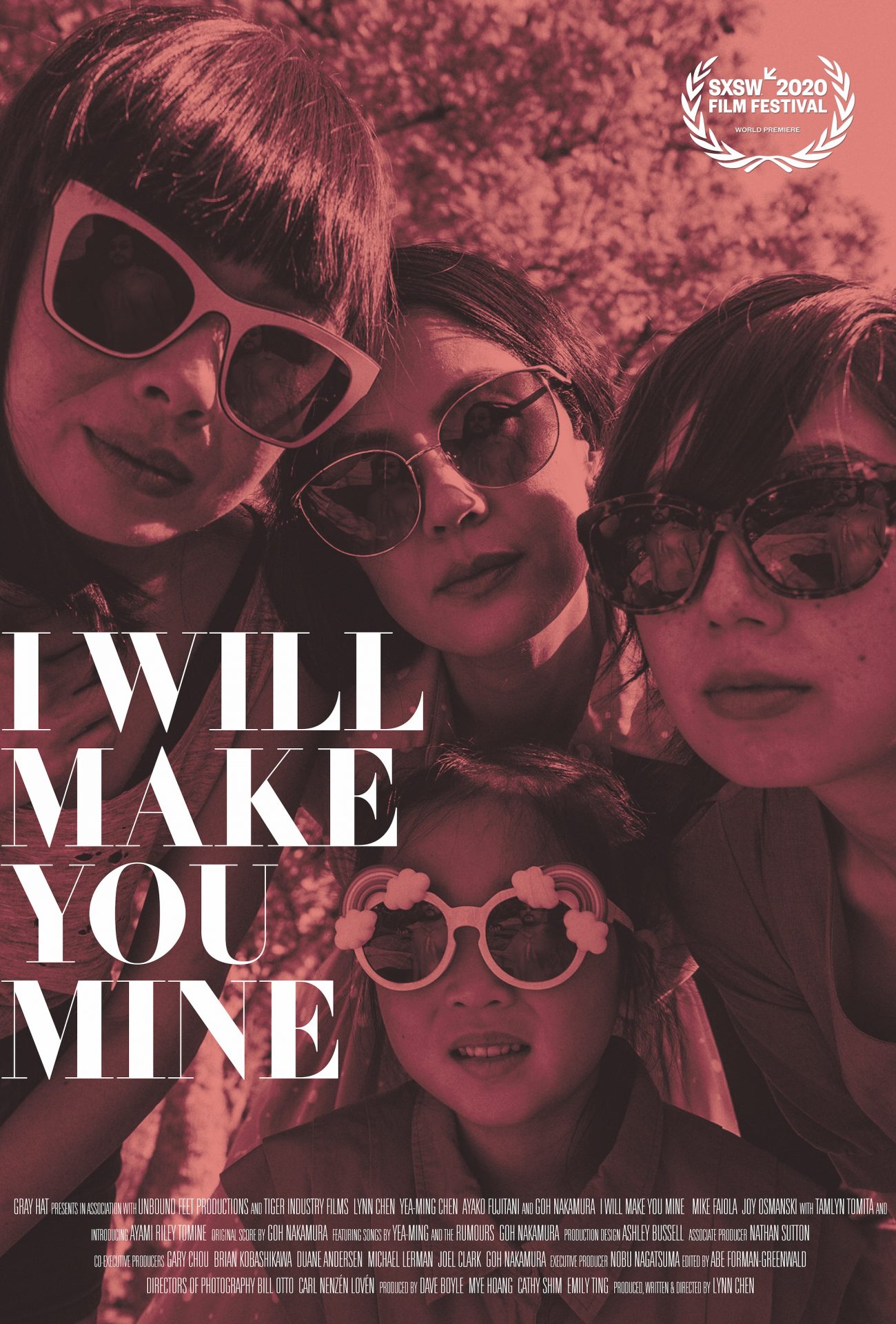 Lynn Chen writes, directs, and stars in this final part of the loose trilogy that began with 2011’s Surrogate Valentine. Tied together by real life musician Goh Nakamura, I Will Make You Mine twists around the lives of three women who have loved him. Light, thoughtful, and generous, this is a truly lovely film; the kind of small, inventive, character-driven movie that rarely gets the spotlight it deserves. 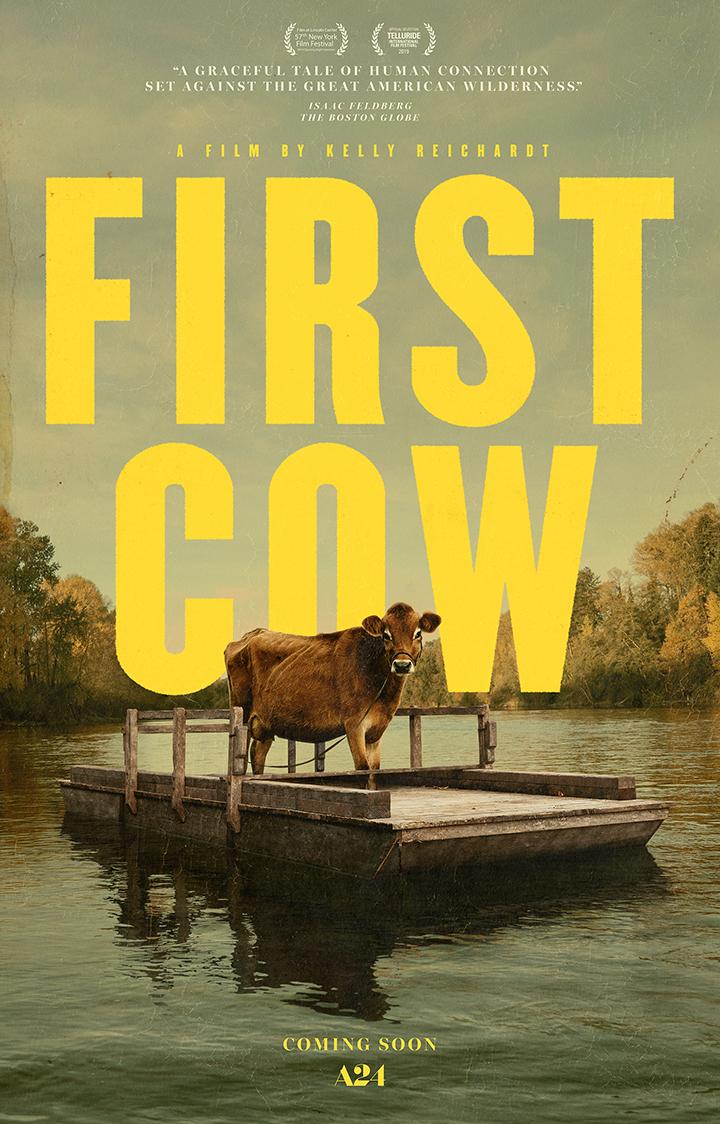 Speaking of lovely movies, Kelly Reichardt’s thrilling drama First Cow is nothing short of a cinematic blessing. A beautiful study of male friendship set against the backdrop of the Pacific Northwest in the early 19th century, First Cow follows a pair of travelers played by John Magaro and Orion Lee who begin a successful business together. Simple in concept but imbued with a sense of style and depth that makes it truly special, First Cow should unquestionably garner awards for Reichardt, cinematographer Chris Blauvelt, and both of its amazing leads. 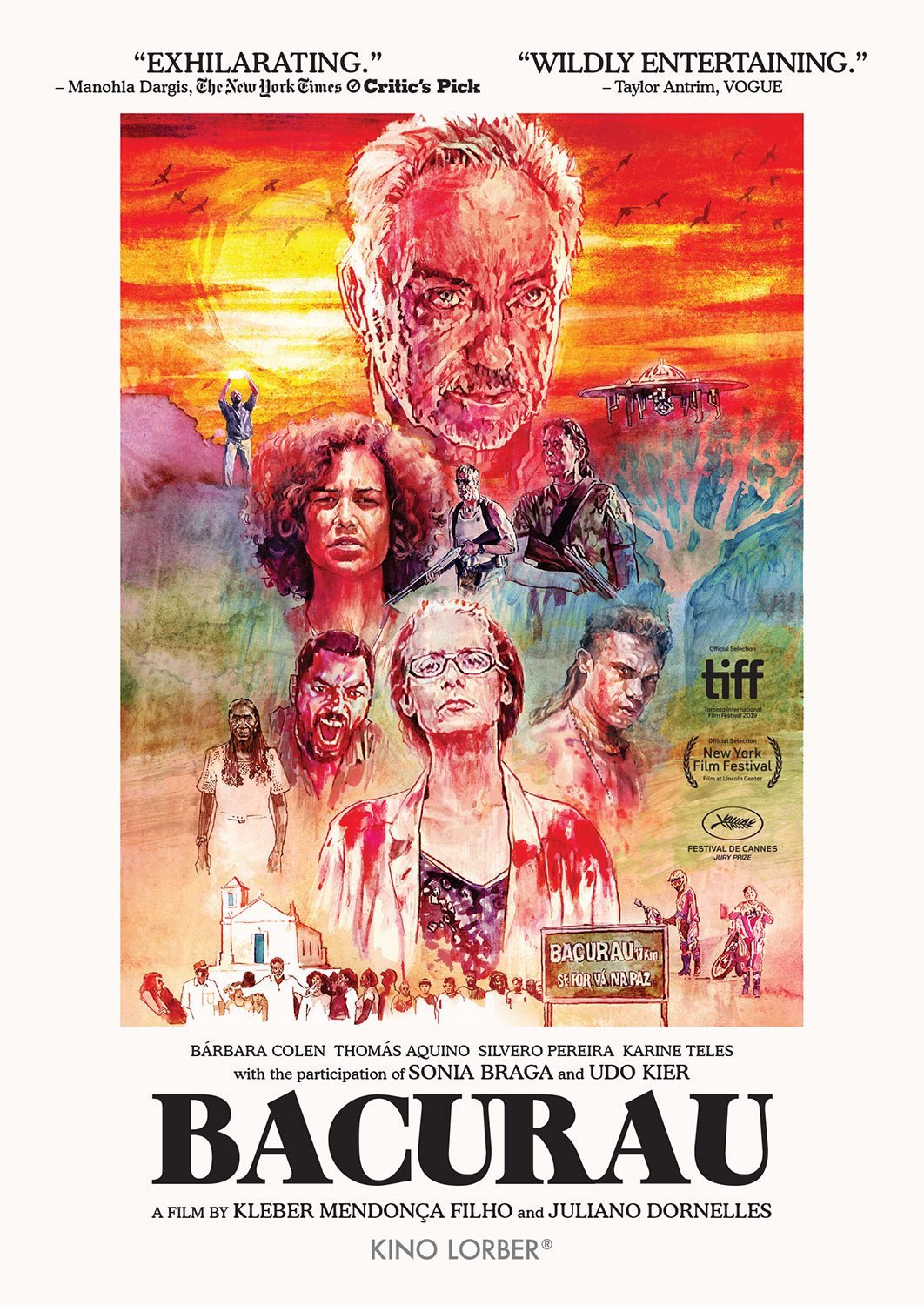 Kleber Mendonça Filho and Juliano Dornelles craft something truly exciting with Bacurau. After the success of Parasite, this sociopolitical thriller just may have a chance at the Oscars. Even if it does get ignored, this experimental and strange exploration of the unusual goings-on in a small fictional settlement in Brazil deserves as much praise as we can heap on it. Scary, funny, dark, timely, and brutal, it’s best to go in knowing as little as possible. But prepare to be entertained. 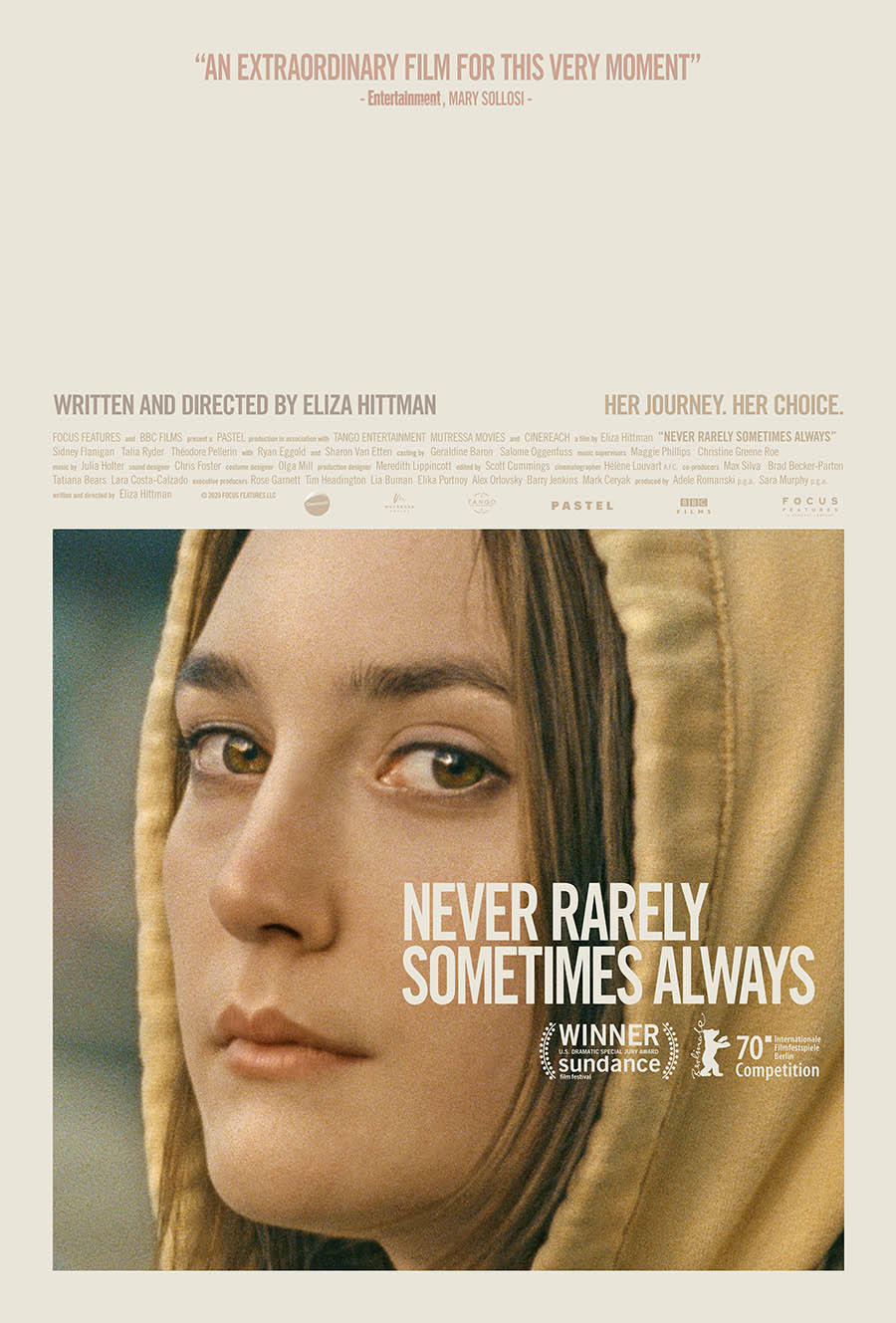 The Academy seems split on whether “issues” movies are still worthy of celebration, but Never Rarely Sometimes Always is the kind of film that needs to be elevated and commemorated. Eliza Hittman directs this intimate and authentic story about a young girl trying to get an abortion in modern day America. Anchored by two wonderful performances from Sidney Flanigan and Talia Ryder, Never Rarely Sometimes Always feels utterly radical.

It’s unlikely this studio flick will get the love that it deserves during awards season. Cathy Yan swung for the fences with this superhero girl gang movie and made something that felt truly special. The stunt direction and action is incredible—not that the Academy recognizes that anyway—and the makeup work and costuming is some of the best in superhero movies since Batman Returns. There’s also that killer turn from Margot Robbie. Although it’s a pipe dream, Birds of Prey should be up there when the time comes.