We love LEGO Ideas because it makes anything possible. It’s open format that makes it possible for anyone to submit an original LEGO design. The only limits are peoples’ imaginations. (Well, that and a few copyright laws. But still! Not bad!) With some creativity and ingenuity anyone can put together a set that might one day end up on store shelves. Before that can happen though enough fans have to vote for the concepts. We’re not worried about that being a problem for a couple of new submissions though. They celebrate two of the most beloved movie characters of the ’80s. You can now support LEGO sets for both the Indiana Jones franchise and E.T. the Extraterrestial. 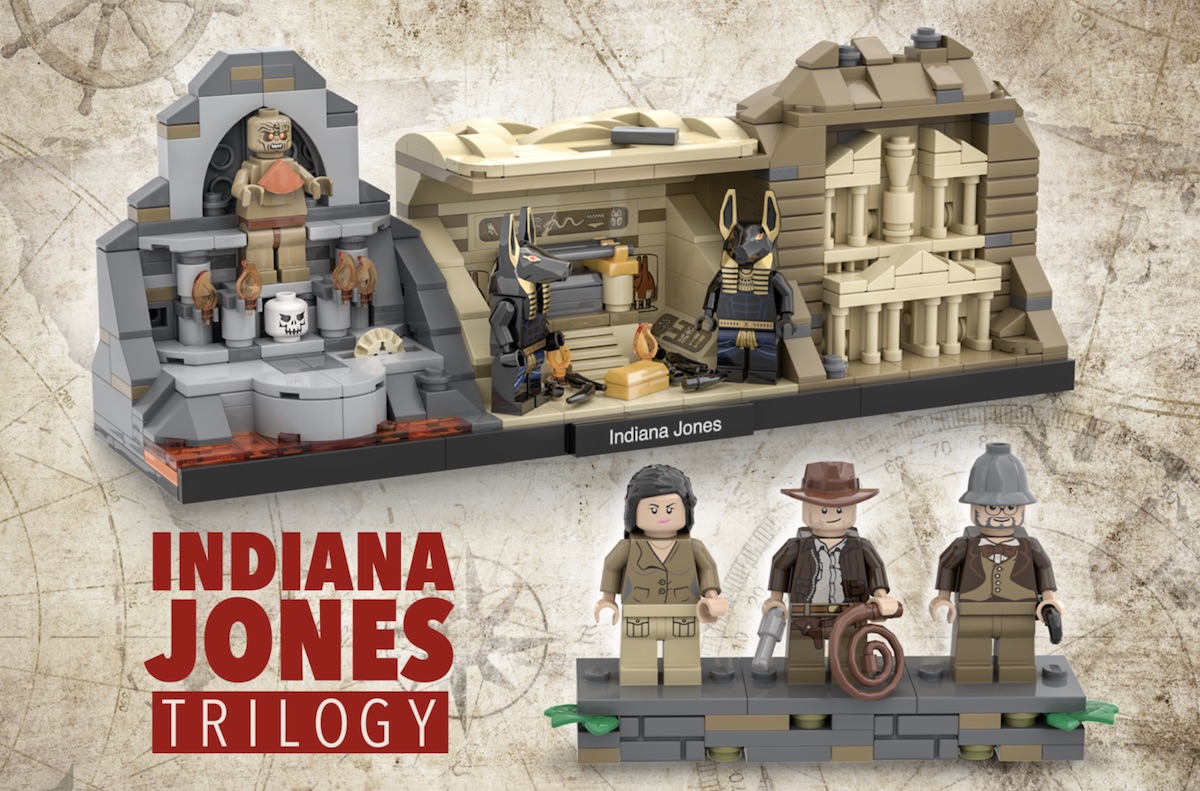 The first is a microscale Indiana Jones Trilogy design from BenBuildsLego. It’s constructed in a LEGO Architecture Skyline series style, which looks like a tableau. The set pays tribute to each of the first three films by including a memorable location from all of them:

The 650-piece set stands 9.4-inches long, 3.2-inches wide, and 3.7-inches tall. It also comes with three minifigures of Indiana Jones, Marion Ravenwood, and Dr. Henry Walton Jones, Sr. The backside features “additional references to the films with a microscale mine car chase and the interior of the Grail Temple.”

As of this writing it has already received over 7,300 votes of the 10,000 it needs to be formally considered by LEGO. With over 757 days left for that to happen it’s not a question of “if” bur rather of “when” that will happen. 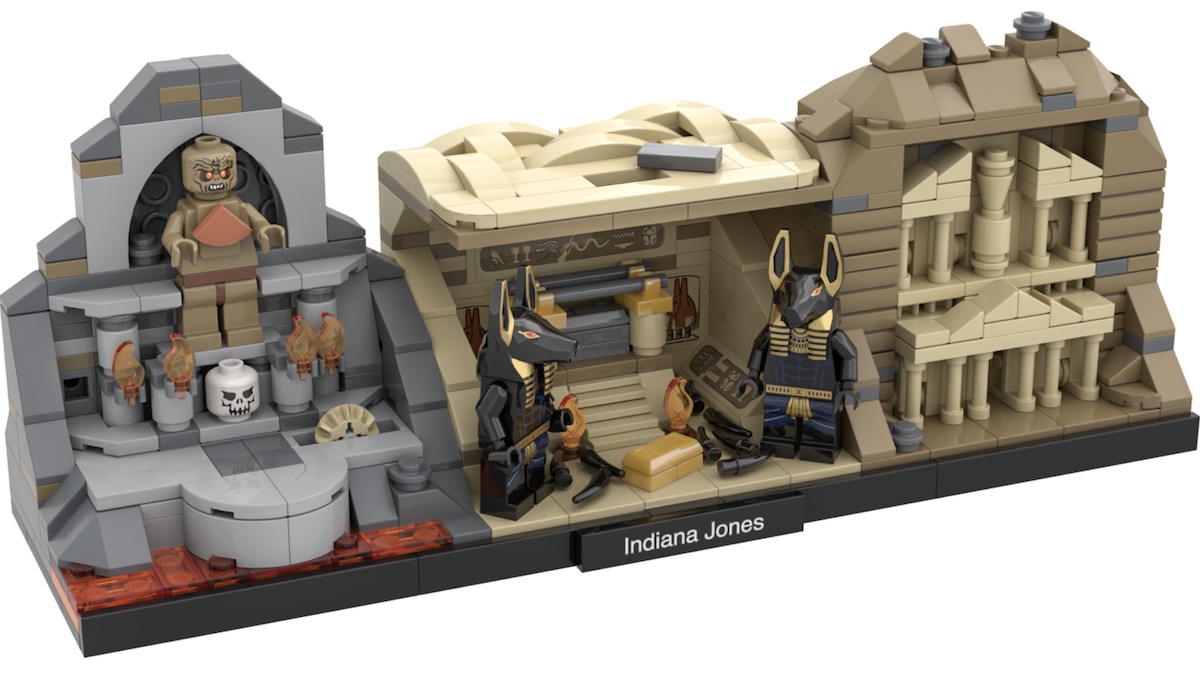 We’re also throwing our support behind a different ’80s movie-inspired set, E.T. – Phone Home. It was submitted by LegoJalex, and comes with the beloved alien’s communicator and satellite he built to contact his home planet. 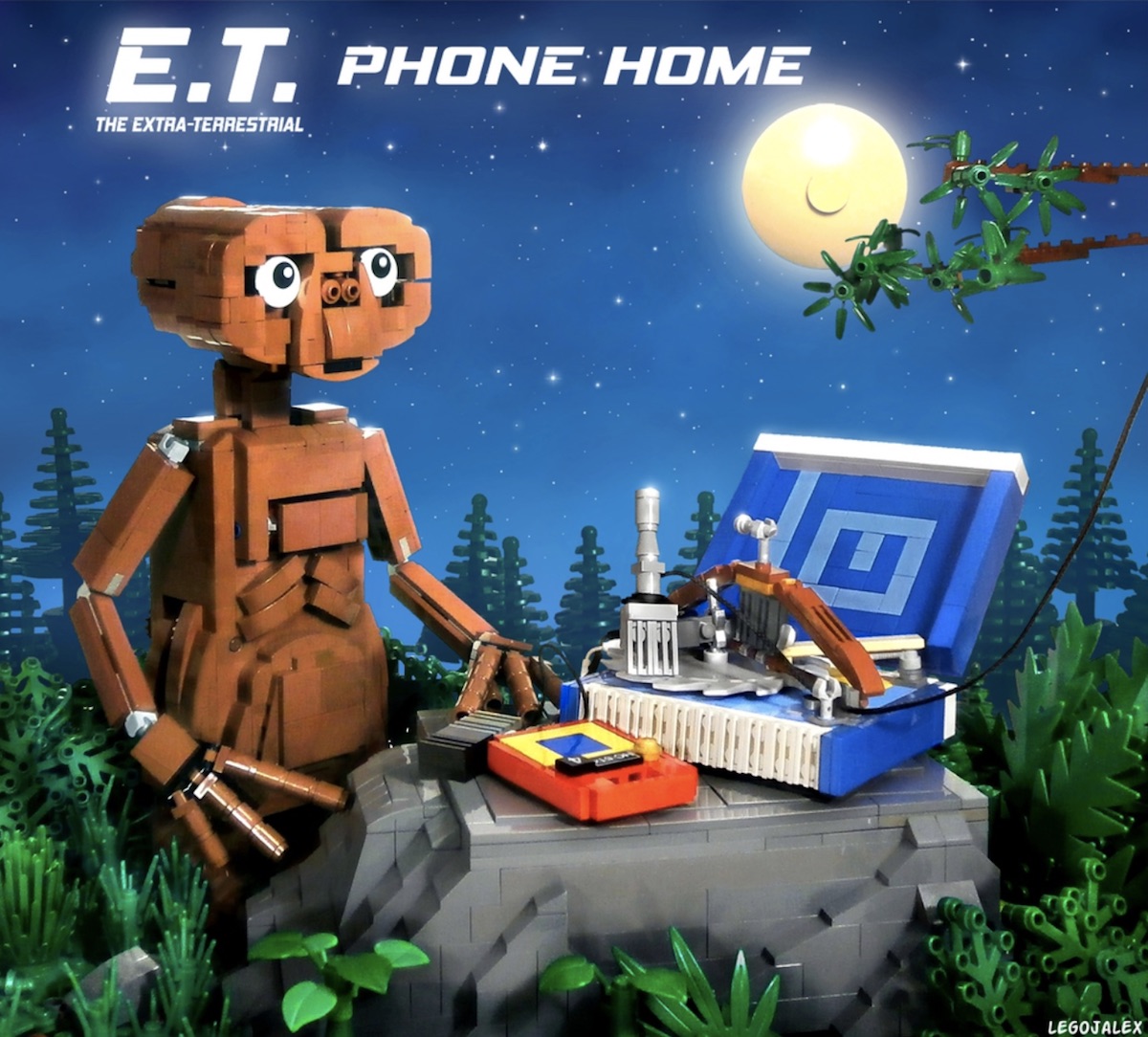 This set would be a must-have for any fan of the film, even if it was just a static display. However, this is so much cooler than that. Thanks to a wheel in his back E.T.’s next actually extends. At his tallest he stands 27.5 centimeters (that’s over 10.5 inches). You can also movie his head, arms, hands, fingers, and feet. The best part though is a button lights up his chest, which might actually make your own heart glow.

You can see LEGO E.T. in action here.

Unlike the Indiana Jones Trilogy set, this E.T. design still has a ways to go to reach 10,000 backers for official consideration. Not to worry though, it’s still very early in the set’s voting process, and as of now it’s already at 799 backers with three months to reach it’s next goal of 1,000.

Just like E.T., it’s going to get there eventually. And ultimately it should end up in the same place as the Indiana Jones set. We’re not talking about store shelves. These belong in a museum.