The best superhero family in the world returns to the big screen in less than a month. That’s right, Incredibles 2 from Pixar will bring the Parrs back into the spotlight. But movie theaters aren’t the only place to find more of Elastigirl, Mr. Incredible, and their remarkable kids. Dark Horse Comics is publishing a three-issue miniseries about the superheroic unit, and we have an exclusive first look at the cover for the second issue, Disney • Pixar The Incredibles 2 #2: Crisis in Mid-Life! & Other Stories! 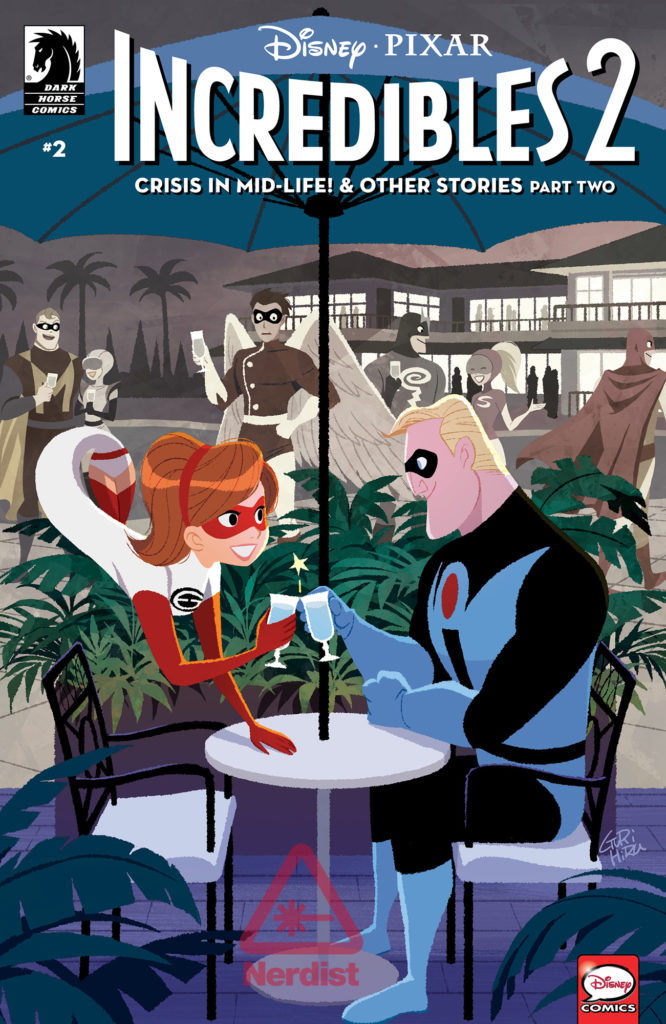 The story, written by Christos Gage and Landry Q. Walker, and illustrated by Gurihiru, J.Bone, and Andrea Greppi with colors by Roberta Zanotta, Angela Capolupo, and Dan Jackson, takes the Parr family’s adventures to the page. The comics are set during and after the events of Incredibles 2, which will hit theaters on June 15. This particular issue finds Dash and Violet training with their dad Bob so they can be in the very best form for whenever action comes their way. But will Bob have patience with the kids’ fumbles? I’m intrigued by seeing more superpowers in action, of course, but I’m also very into the idea of Bob telling the kids a bedtime story about a date night with Elastigirl. Awww!Disney • Pixar The Incredibles 2 #2: Crisis in Mid-Life! & Other Stories! will be available at your local comic book shop on August 15.

Will you be racing out to pick up this comic? Maybe stretching to fit it into your long box? Tell us in the comments, and while you’re there, tell us which member of the Incredibles family is your favorite.