In the Critical Role Movie of Our Dreams, The Score Would Sound Like This - Nerdist

In the Critical Role Movie of Our Dreams, The Score Would Sound Like This

Every week, the adventures of The Mighty Nein play like a cinematic experience in our imaginations. Talented composer and Critical Role fan Jack Graham Thomas has taken that idea a step further, turning Jason Charles Miller’s original theme into a sweeping orchestral suite that would sound right at home in an epic fantasy film.

Jack’s origin tale as a Critter is a little more unusual than the typical Critical Role fan. During a YouTube binge a few years ago, he randomly stumbled upon the first few episodes. As a composer for theatrical productions in the UK and a fan of live storytelling, Jack gave Critical Role a try.

“I think something about those original episodes, the ones before the show moved into a dedicated set, had a chaotic charm that reminded me of [improv’s] amazing collaborative atmosphere, where literally anything can and will happen,” he tells Geek & Sundry. “It stuck with me and I was hooked.”

Not only was the live improv feel of the show appealing to Jack, he loved the scale of the world Matthew Mercer created. The narrative is “almost operatic in scope,” he says, and the world of Exandria and its inhabitants inspired Jack to eventually compose an orchestral suite.

“The characters we all love start out from such small places and grow to become great heroes, and we witness both their successes and failures along the way. It’s epic, and intimate at the same time,” he says. “On a personal level, I wanted to give something back in appreciation for the amazing storytelling and adventures that the Critical Role cast has given us, and no doubt will keep giving us for some time yet.” 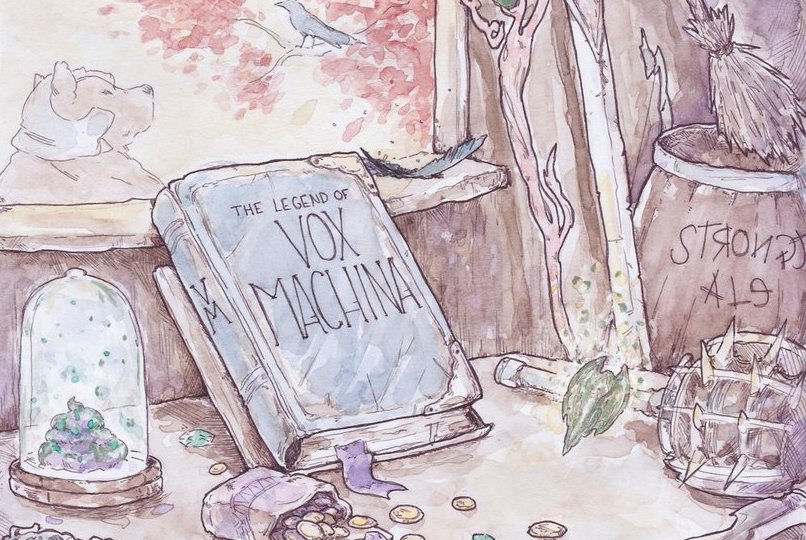 Once Jack began composing the music, it only took a few days to complete. You might be surprised to learn it’s entirely computer generated. “The easy bit is the music side,” Jack says. “The melodies and harmonies. The hard and time-consuming bit is making sure it doesn’t sound like an old 8-bit video game soundtrack, especially when its supposed to sound like real musicians in an orchestra! It’s probably 10% creative music making and 90% tweaking and fixing afterwards.”

Astute Critters have already picked up on the piece’s musical influences like John Williams, Howard Shore, and James Horner. Jack reveals that growing up with some of their now-classic movie scores in the 1990s-2000s had a huge impact on his work.

“Most important really was that Jason’s theme is wonderfully malleable, and could be at times expressive, menacing, and heroic,” he adds. “It’s a great theme to play with stylistically.”

If he could pick one scene to write the score for in the Critical Role movie of our dreams, it would be the final one, he tells us. (Minor spoilers for the first campaign follow.)

“Matt’s description of the final moments with Keyleth are so beautiful and vivid,” says Jack. “For all the battles and adventure, the beating heart of Critical Role is in those quiet moments where we are with the characters. It’s a brilliant scene, filled with emotion, and highly cinematic. ”