In Space, No One Can Hear You Go ADR1FT - Nerdist

In Space, No One Can Hear You Go ADR1FT

As if the movie Gravity didn’t already give us over-anxiety about what could go wrong in the deep reaches of space (we’re still shuddering over the space shuttle breaking apart), 505 Games has another tale set to arrive this fall that tells another emotional tale in the nearly endless abyss of the stars. ADR1FT, however, takes it to the next level.

In the game, players portray Alex Oshima, a commander of a space team that has since disappeared. Alone and fearing he’ll run out of oxygen (it’s on a very short supply), Alex must make his way through the desecrated ruins of a space station (and a nearby shuttle), trying to figure out what went wrong by locating audio logs scattered throughout each stage. In addition, he’ll also need to find air canisters, or else he’ll run out of air and join the rest of his crew.

The team at Three One Zero have managed to capture the sheer anxiety of (nearly) dying in space with every turn of the game, as players will struggle to find any oxygen they can, while discovering bits and pieces of backstory that tie together not only with Alex’s team, but Alex himself – especially when he hears from a significant other. That’s the kind of emotional punch that the team was going for, though, with the story unfolding over several hours of play, and across five different areas of exploration.

For ADR1FT‘s design, the developers decided to keep the game’s appearance as realistic as possible, with plenty of floating debris (rummaging through what’s left of what appears to be a garden in a particular room is a haunting sight) and the sheer feeling that you are, in fact, meandering through open space. Players even have the option of turning Oshima around with boosters that enable him to reach new areas, while at the same time avoiding large debris that could do damage to him—creating temporary dizziness and a possible depletion of oxygen. 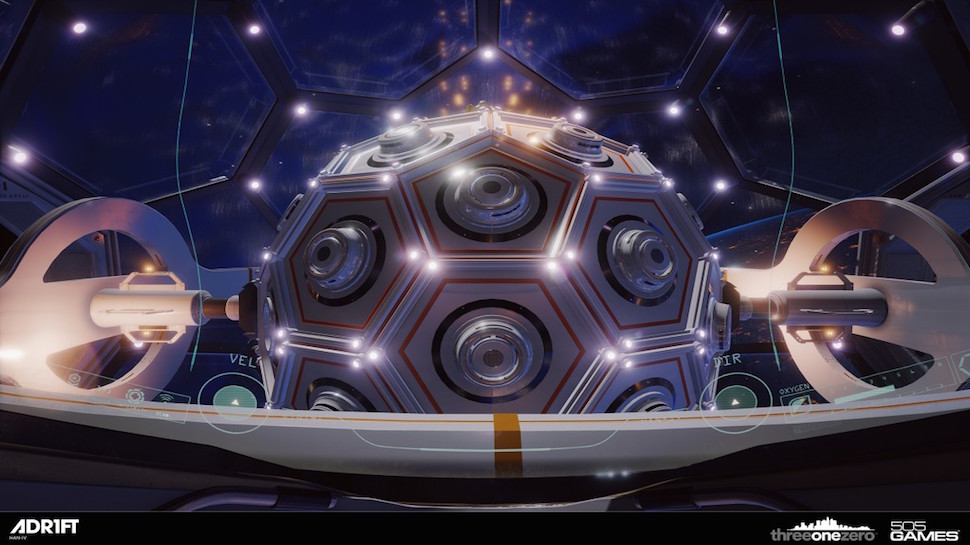 ADR1FT will also have a variety of things to do in each stage, such as solving puzzles (i.e. locating one of the astronauts and gathering an item) or deciding whether or not to bring found collectibles back to Earth to put their families at piece. (As expected, the decision is totally up to the player.) In general, though, survival and finding a way home safely are the two main objectives—and considering the vastness of the area that Oshima needs to cover, that’s easier said than done.

Though shorter than most AAA titles these days, ADR1FT will produce an unsettling—yet still worth experiencing—story with emotional heft. Because of that, the experience, brought forth by strong visual and audio cues (when your astronaut starts breathing heavier, you know something’s going wrong), should be unlike most other games on the market even if everyone isn’t quite prepared for it. Hey, just ask any seasoned astronaut—if you’re not prepared, space can be a scary place.

You can find out for yourself when ADR1FT releases next month for PC, PlayStation 4 and Xbox One.