In Love and Warcraft: Interview with Playwright Madhuri Shekar - Nerdist

In Love and Warcraft: Interview with Playwright Madhuri Shekar

Isn’t it amazing how geek culture has infiltrated everything these days? Not just comics and gaming anymore, nerd culture has moved to TV, movies, and even plays to help color the world in which we live. Such is the case of the new play, In Love and Warcraft, a production that—you guessed it—centers around an obsessive World of Warcraft player. Obviously this felt particularly interesting to us here at Geek & Sundry—I mean, hello!

This particular writer (that’s me! Alicia!) just so happens to be friends with the playwright—yes, sorry, that is a full-on humblebrag—who created this lush world of love and video games, so we quickly went to Madhuri Shekar and asked to talk about it. She happily obliged and our winding, varied conversation about love, gaming, identity, and sexuality is what waits for you below. So gather ’round all ye orcs and warlocks, and take a peek at the interview below! 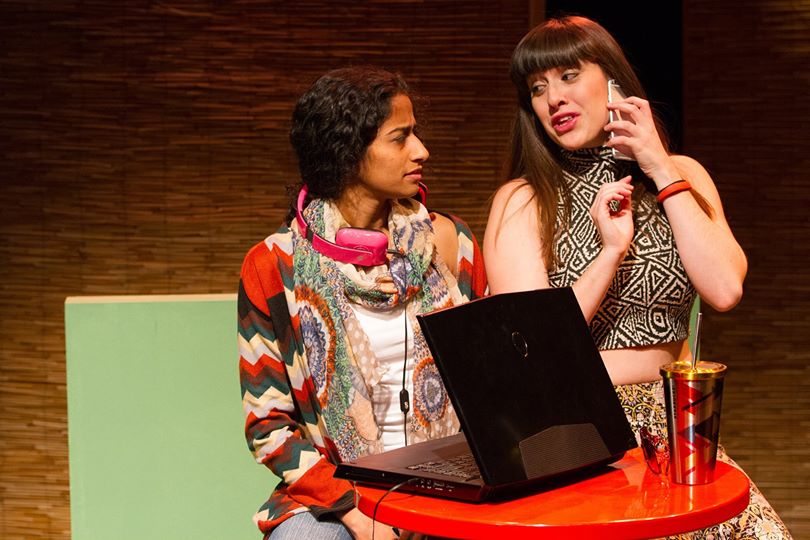 Geek and Sundry: So, I obviously know what your show is about, but since this is actually going to be published on the good ol’ world wide web, could I ask you to give me a quick summary about what In Love and Warcraft‘s all about?

Madhuri Shekar: Sure! In Love and Warcraft is a play about a college senior called Evie, who’s very smart, sensible, controlled—she’s figured out a way to make money on campus by writing love letters for guys and girls (mostly guys) who’ve screwed up their relationships. She’s also a very avid, very committed Warcraft player, and that takes up most of her time. She sees love and gaming in similar ways, applying strategies she’s learned from Warcraft to her relationship counseling. [To her], Relationships are like a game.

MS: Well the first draft of the play actually had no Warcraft in it at all! It was only when I realized that the play was supposed to be a comedy that I started rethinking the main character… and it suddenly hit me that she was a gamer and it all made sense. I thought of WoW right away because of the incredible theatrical possibilities.

G&S: Yeah, there’s a lot to work with there.

MS: Also, it’s this wonderful mix of action, tragedy, and role-play that [says] so much about our identities and how we construct them in modern day life. I’m not a WoW player, and have never played it (although I did a little bit for research) so I relied heavily on different WoW experts for all the gaming story elements in the play. 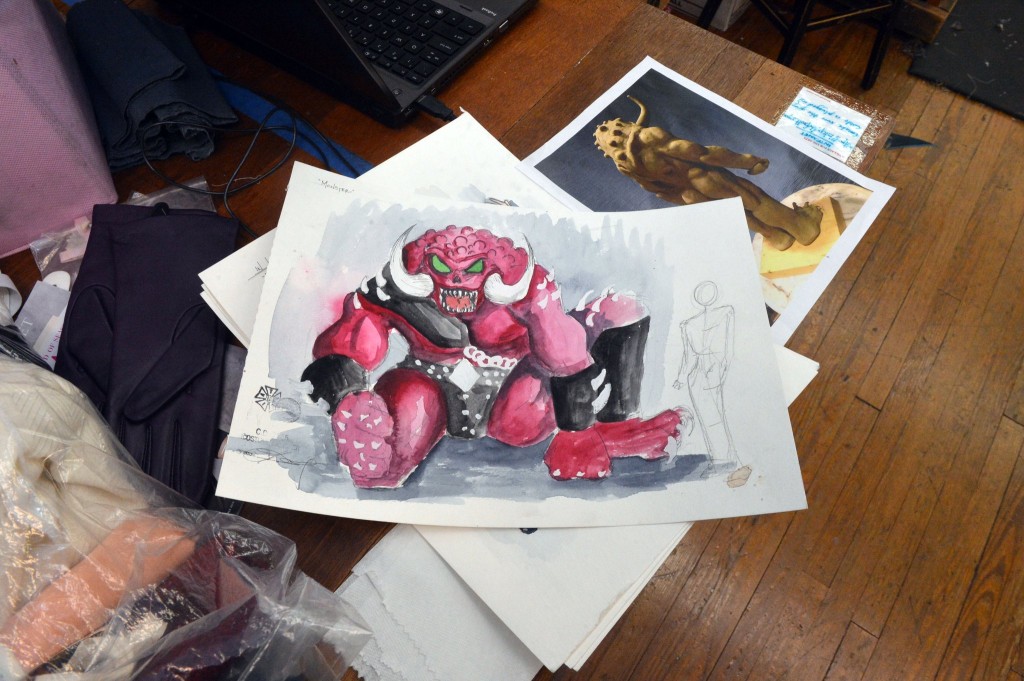 G&S: What was it like seeing those costumes and sets come to life?

MS: It was amazing—it’s the most fun part of the show, just seeing how each production will tackle the challenge of creating a video game environment on stage. Also there’s a lot of humor in that sequence… because they’re moving like avatars on stage and it’s the climax of the play, so all the big emotional moments happen there, but they’re avatars.

G&S: That sounds really funny. How’s the response been from people who are avid WoW players? Because I imagine they have some thoughts and opinions

MS: Well, no one has directly reached out to me to tell me I got something terribly wrong. If they do, I can always fix it in future drafts, but that hasn’t happened yet. My first WoW consultant was my friend in Los Angeles, Earl Baylon, who’s an actor and gamer and does voice-overs for the Tomb Raider games. For the first production at the Alliance, the literary intern and her husband did a full day-long WoW workshop for us, taking us through all the different aspects of the game which was super helpful for both me and the cast. She was on hand to clarify and correct any WoW-related elements in the script. In the Virginia run, a member of the production team had actually met her husband through WoW! Plus, at the very first student workshop of this script at USC, our fight choreographer was a recovering WoW addict. So these people just kept helping me so much.

G&S: I wonder if they relate to the ideas at play within the script and the dual realities we often create for ourselves in our physical worlds and online.

MS: [laughs] I really hope they do! I think they get it, though. It’s always nice to sit in on a show and hear the gamers laugh at the jokes that only they can get. 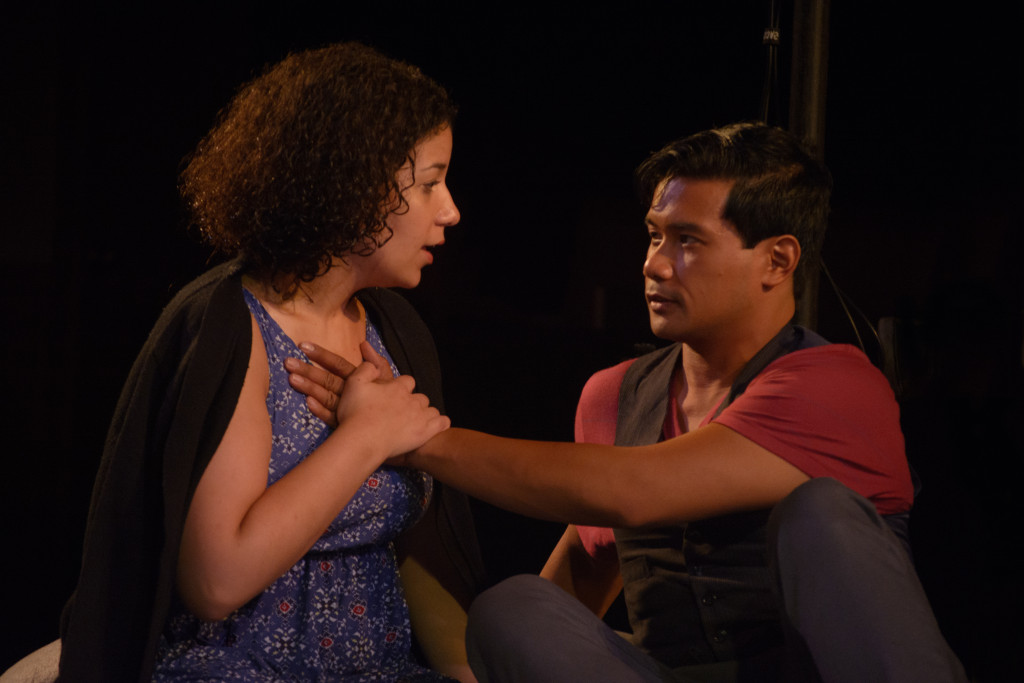 G&S: Even outside of all the gaming stuff, it sounds very relatable. Especially when it comes to love and living the life we want versus fantasy versus reality and how we manage that for ourselves.

MS: My favorite character in the play is Ryan, Evie’s WoW boyfriend. They never see each other in real life, but they play together all the time. He’s her safe option, because it’s not threatening. He’s so funny and adorable to me. I went into this play not with the question of gaming, but really the question of sexuality and young women on college campuses; I started writing the play my first semester at USC and I was still feeling a lot of culture shock moving from India.

MS: And getting the lay of the land when it came to dating and sex and relationships, just watching how these undergrad young women performed and were expected to perform sexuality. So I wanted to write about a 22-year-old virgin who had consciously made that choice, and was clear about it, for her own reasons and what that meant. But of course she’s also the writer of these smart letters and texts and Facebook msgs that help couples get back together, so she’s obviously fascinated by relationships, she just doesn’t want to be in one with everything that it entails. Gaming was this really fun layer that came later, and lifted everything up to another level.

G&S: It’s like she had to figure out the sort of hero that she wanted to be for herself—and the escapism and fun of gaming probably helped in that regard a lot

MS: Yep, escapism is a great word for it. Also, WoW is this wonderful environment where, if you understand the rules, you know what’s going to happen—if x, then y—and life is never like that.

G&S: Yeah, I’m sure that gave Evie a lot of the control she felt she didn’t have to make her own path, especially because relationships are totally just like, all-in both parties go full-tilt into no control-land, which can terrifying.

MS: Yep! Especially when you’re young. Well maybe always, but the pressure to have sex when you’re in college is so intense. Like freshman orientation is basically about losing your virginity so that you can get it out of the way—or at least that’s what I’ve heard. 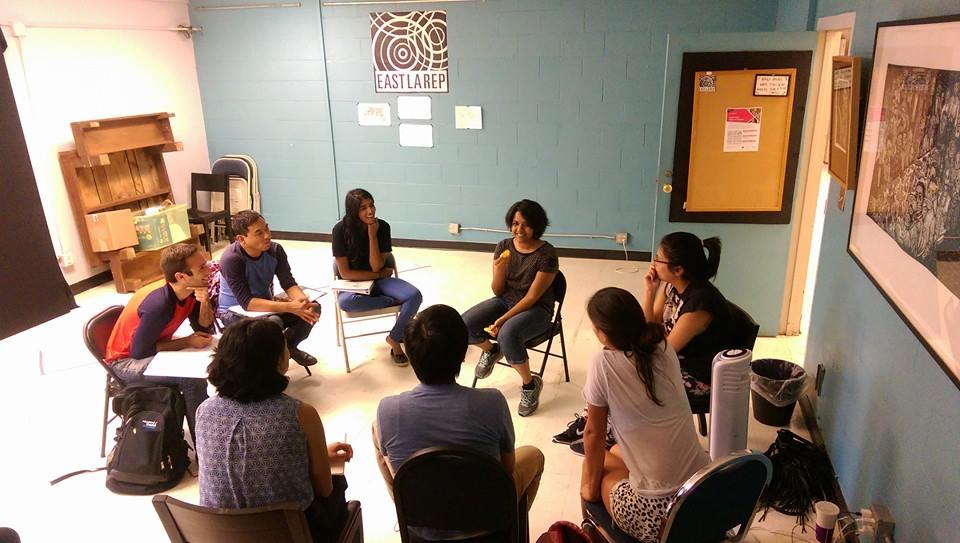 G&S: In a lot of ways, it’s like a badge of so-called normalcy.

MS: Yes, exactly. It’s addressed in the play, but it also bothered me that any kind of sexual activity or performance that lay outside the boundaries of what is currently considered normal or appropriate is often chalked up to childhood trauma, or something ‘wrong’ with the person—whether it be Evie’s celibacy, or the hyper-sexuality of her roommate—who’s another character I love—Kitty. She kind of goes in the opposite direction of Evie in terms of owning her sexuality, by having as much sex as she can, and enjoying it, always on her terms. But that also winds up being a form of control—it’s an emotional shield.

In Love and Warcraft is currently underway at the Halcyon Theater in Chicago, IL through September 20th. It premieres in Los Angeles, CA at the Los Angeles Theater Center September 17th – October 11th. It premieres at The CustomMade Theater in San Francisco, CA in November 2015. The play is available for purchase in store and online at Samuel French.

Alicia Lutes is the Associate Editor of Geek & Sundry. Find her on that tweet machine @alicialutes.

GAME OF THRONES Season 7 Finale Recap: It’s a Family A...

TAGGED: In Love and Warcraft, Madhuri Shekar, World of Warcraft