Chunk of Lava Strikes a Camera Drone Flying Over Volcano

The recently awakened Fagradalsfjall volcano in Iceland has been burping up and drooling lava since March. And nearly the whole time drone pilots—the real MVPs of nature photography in 2021—have captured the epic scenes of spewing lava from above. At the peril of their drones’ safety too, as this quick clip of a chunk of lava nailing a DJI Phantom demonstrates.

Peta Pixel picked up on the harrowing, six-second clip, which is brief but thrilling. German drone pilot, photographer, and filmmaker Daniel Haussmann, is responsible for the video. The slice of footage comes from one particular pass over one of Fagradalsfjall’s spewing fissures.

In the clip, first-person footage from the drone’s onboard camera shows the aerial camera craft as it performs a banking maneuver; turning around to take another shot through two active craters. But just as it passes between the two spewing chasms, a face-full of lava chunks flings across the camera’s lens. Following an audible bang, the drone begins free-falling on its side toward the ground. 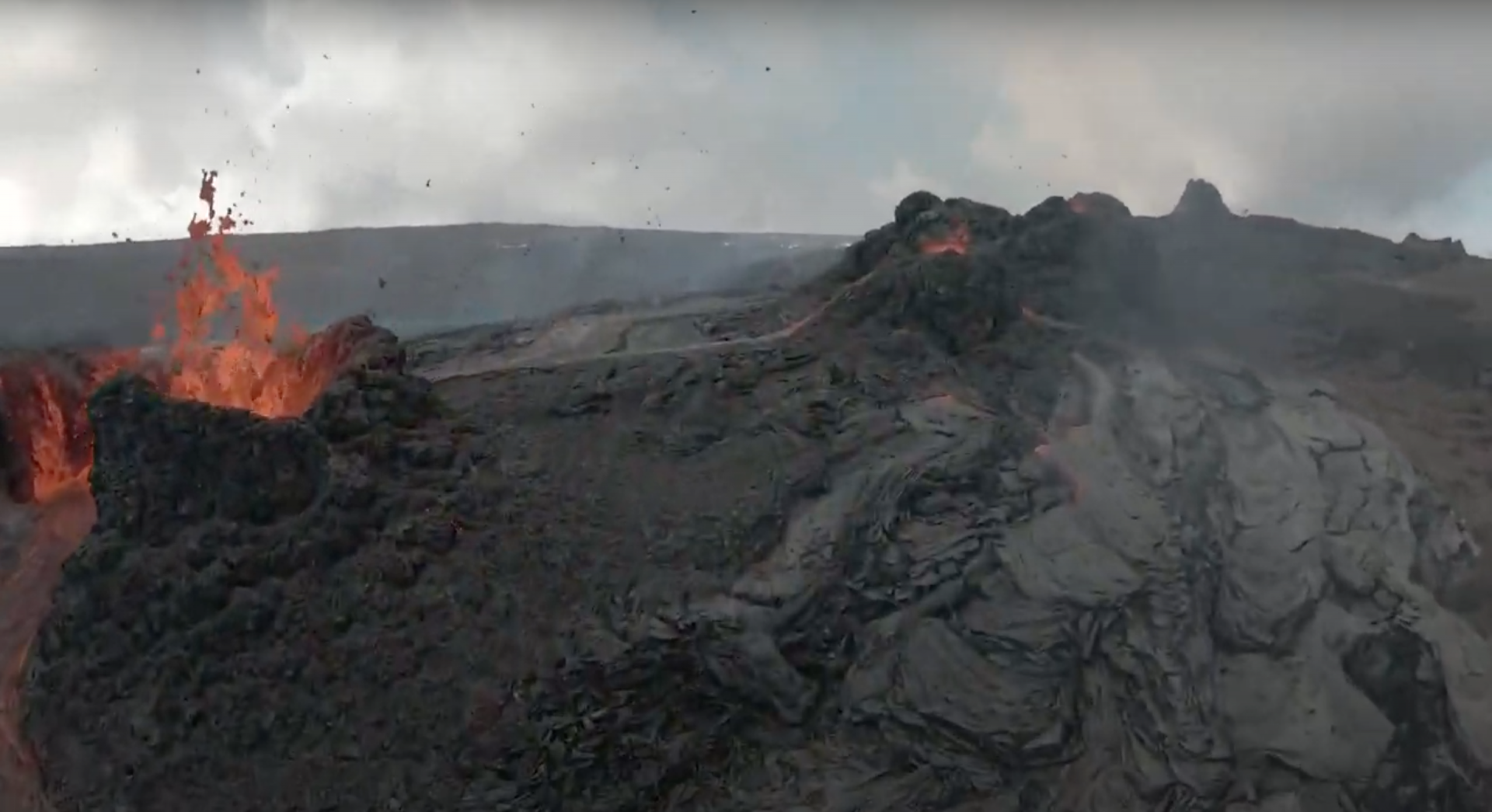 Shockingly, despite the super-hot bullseye, Haussmann was able to right the drone. “When I flew that day, I was somewhat sure for a split second that it was gone,” Haussmann told Peta Pixel. “But somehow, intuitively, I managed to level it and with full throttle, I just tried to gain altitude to move it out of the danger zone, given that on both sides I was flying past were new volcanic fissures that started erupting earlier that day.”

Haussmann theorizes that the piece of lava that hit the drone was soft; indeed, it only left some scratches and burn marks according to photos the drone pilot shared with Peta Pixel. Haussman does note, however, that on his last day of filming, there were especially strong winds. He proceeded, however, and ultimately lost a drone that probably has a price tag of around $1,000. Which is, perhaps, worth it, considering all of the gorgeous video Haussman captured in the short below.