What makes a horror movie? It’s a question that has haunted the internet and film Twitter discourse for years. And a new genre contender enters the fray on December 18. Hunter Hunter is a bleak and chilling survival thriller with a gnarly bite and an ending that will likely have audiences talking for a long time coming. To celebrate the darkly haunting indie flick we chatted with Devon Sawa and Nick Stahl, who make up nearly half of the genre flick’s tiny cast.

As the above exclusive clip shows, Hunter Hunter is a film about a family of fur trappers. A quietly powerful Sawa shares parenting duties with the incredible Camille Sullivan. The pair are trying to raise their daughter Renee (Summer H. Howell) in the remote wilderness, but a hungry and dangerous wolf is emptying their traps. This simple set-up along with Shawn Linden’s tight script and claustrophobic direction makes Hunter Hunter an atmospheric and raw experience. And that’s before Joseph (Sawa) leaves to hunt the wolf and Stahl’s enigmatic stranger Lou appears, throwing the family and our expectations into chaos as the film takes a swift turn. We can’t say more without revealing too much but trust that it’s a wild ride you won’t soon forget. 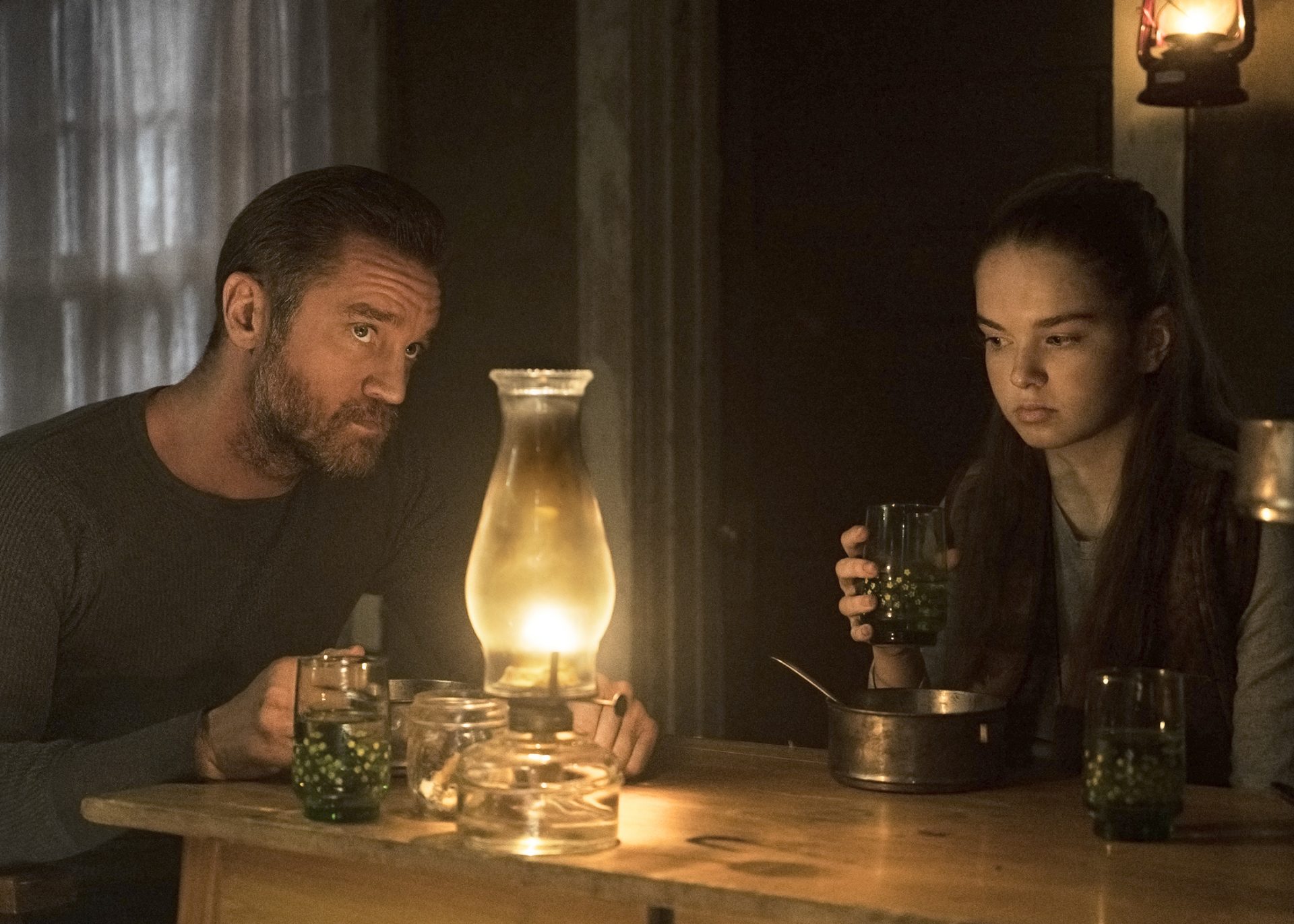 What we can say is that Hunter Hunter’s a truly chilling movie. Not just because of its exploration of survival, trust, paranoia, and isolation but also because it was filmed in Winnipeg during winter. Both actors were quick to regale Nerdist with their icy tales of woe. “It was cold. It was very, very cold,” Stahl laughed. “Winnipeg must win some cold miserable winter award in Canada.” When we spoke to Sawa he agreed. “I come from Canada, so I had a little experience with cold, but not that rural Winnipeg cold.” The pair both agreed it was a key part of making the story believable, though. “The environment really lends itself to the story,” Stahl told us. “You adapt pretty quickly. It’s great, I love going out in the middle of the cold woods and doing something scary.” 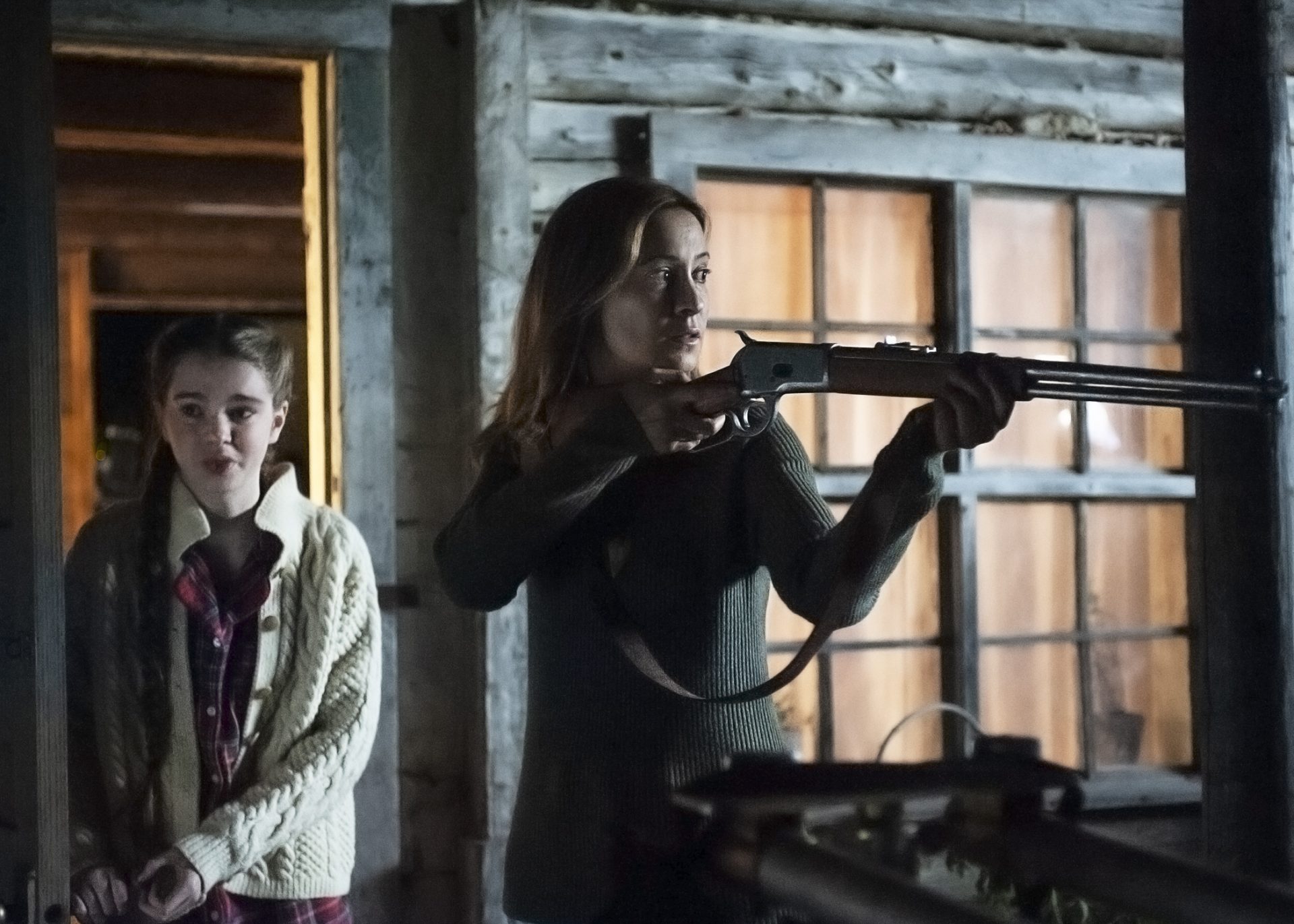 Taking on the role of a trapper was a new challenge for Sawa. He was most concerned about authenticity. “What I was really afraid of was that I would look like an actor playing a hunter,” he said. “Especially talking about the skinning and when it comes to what to cut or not to cut. What blood to use for baiting. I wanted to be as authentic as possible.” That authenticity and intimacy is important in the film. In the short time we spend with them, the family becomes characters we care about. We get to know their struggles and aspirations. We root for them, which makes watching the film and their journey a nerve-shredding experience.

Sawa is a horror icon in his own right and was immediately drawn to Hunter Hunter. He also shared one of the things he misses the most about the genre in 2020. “I love horror movies,” Sawa enthused. “I don’t surf the web looking for trailers or anything like that though. One of my favorite things to do before all this would be to walk into a horror film I knew nothing about like Crawl and Don’t Breathe.”

It’s clear the actor is a big fan of the recent wave of horror that has audiences excited. “Some of the horror films that are coming out these days are awesome,” he said. 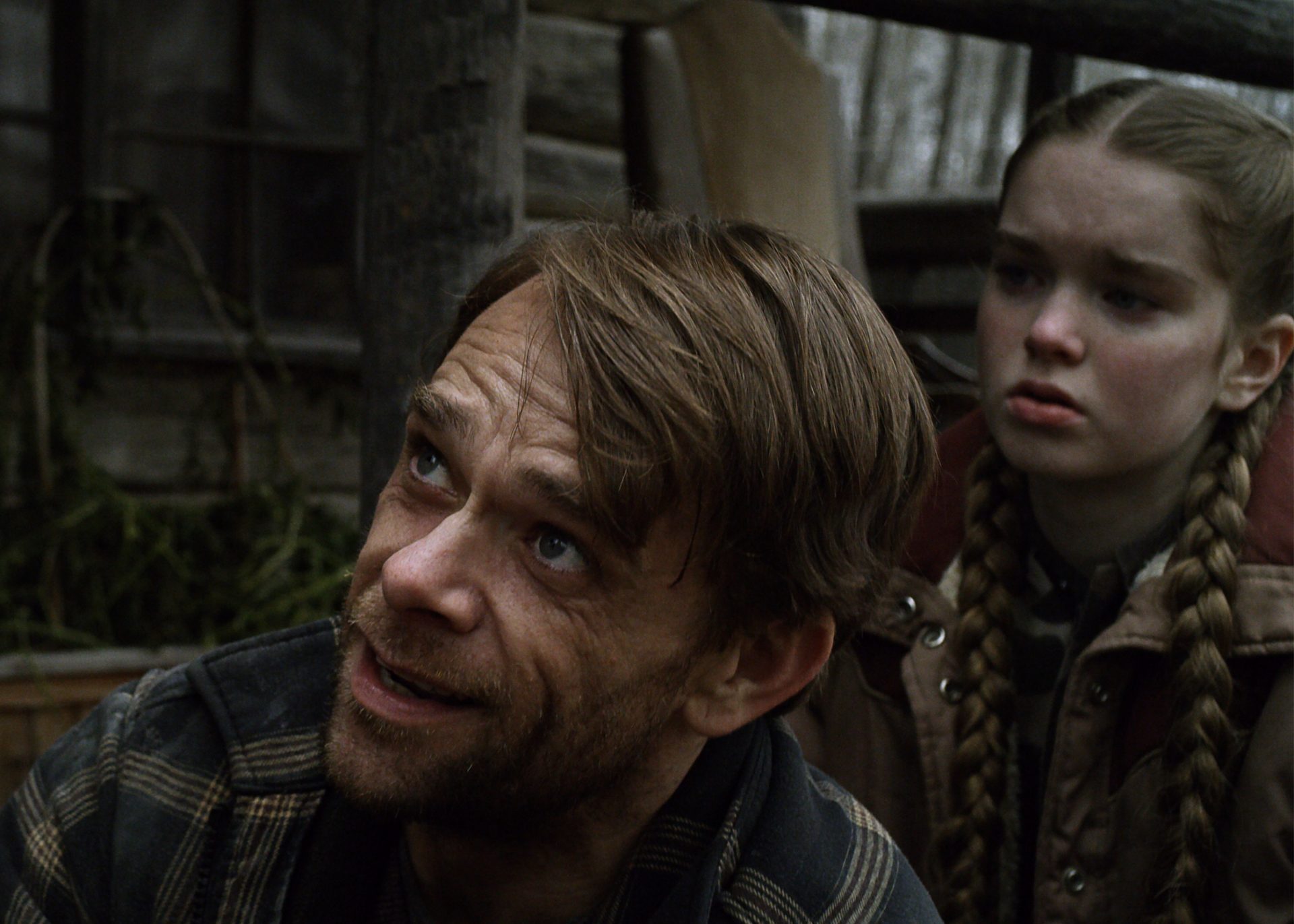 For Stahl, Hunter Hunter reminded him of the classic genre flicks he loves. “Old school horror movies like The Shining are some of my favorites,” he explained. “When I read this, it reminded me of an old school slow burn horror movie where you get to know and care about the characters. It feels like every other script I read is horror and it’s rare to find something that sort of takes time. So this felt kind of like a throwback to me.”

Though Sawa and Stahl both play key roles, the heart of the movie is Camille Sullivan’s incredible performance. Sawa was quick to heap praise on his co-star. “I wasn’t very familiar with Camille but I think she’s a friggin’ powerhouse,” he said. “I didn’t get to see a lot of it on set, a lot of our scenes were separate or over the walkies or whatnot. So I was extremely happy that they put such a strong actor in that part ’cause she really carries the film.” 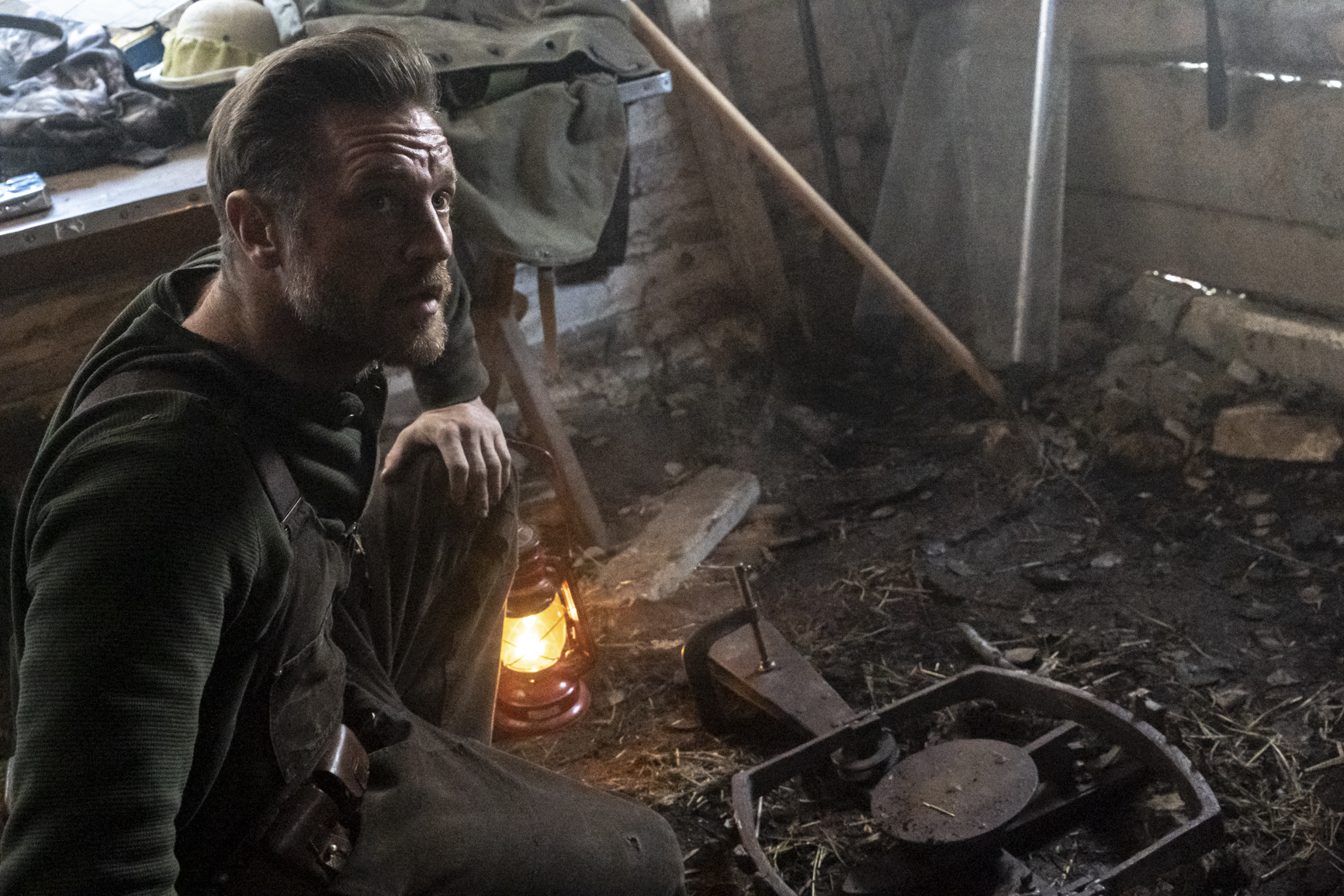 As for what Sawa is most excited for fans to see in the film, he takes a holistic view. “It’s an hour and a half. It moves and it takes a bunch of turns and it doesn’t stop. But it moves for an hour and 30 minutes perfectly, and I think that’s what people are gonna get out of it. They’re gonna put it on and be entertained, and they’re gonna talk about that ending.”