How To Survive The Tomb of Horrors: Tips From Role-Playing Royalty - Nerdist

How To Survive The Tomb of Horrors: Tips From Role-Playing Royalty

Tomb of Horrors has a reputation as the deadliest dungeon of all-time, and it has just been re-released and updated for the 5th edition of Dungeons & Dragons in Tales of the Yawning Portal. To help your character survive the unholy holocaust of Horrors, Geek & Sundry has gone forth to ask gaming greats for their advice about surviving one of the greatest D&D dungeons of all-time.

The reputation of Tomb of Horrors as the dungeon where high-level characters go to die is no accident. It was designed by D&D co-creator 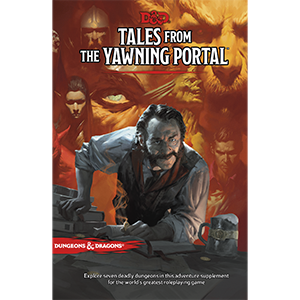 Gary Gygax to do exactly that.

RPG historian Shannon Appelcline wrote, “Tomb of Horrors was also a fun adventure for designer Gary Gygax personally, because he created it especially for overconfident players. He would carry it around in his briefcase, ready for anyone who got too boastful about their characters. Woe to those who caused Gygax to put it on the table!”

And deadly it is. Game designer Bruce Cordell, who wrote versions of Horrors for the 2nd and 3.5th editions of D&D said, “The place really is a meat-grinder. Explorers are going to get killed.” The dungeon is so lethal game designer John Wick reports the adventure, “nearly lost me every friend I had when I was twelve.”

This sounds serious. What do I do?

Tim Kask was hired by Gary Gygax in 1975 to work for TSR, the first company to publish D&D. Kask was TSR’s first employee, and edited the first 33 issues of Dragon Magazine. Having worked with Gygax, what advice does Kask have for today’s eager adventurer? “Patience and understanding are key to Tomb of Horrors. You must get all the info you can, and be patient enough to know when the time is right to try something. Tomb of Horros CAN be survived; with patience, knowledge and a bit of luck.”

Bruce Cordell agrees, and since he wrote two versions of the adventure, his advice is likely worth listening to. Cordell said adventurers “who still want to brave the Tomb should seek out any and all clues about how things work in that place of doom ahead of time, maybe from the maimed and mad survivors that managed to crawl out after their own failed expeditions left everyone else dead but them.”

Well, that sounds helpful. But what kind of specific tactics should a player employ?

Frank Mentzer was another TSR employee who worked with Gygax. Most notably, he wrote The Temple of Elemental Evil and the D&D Red Box. What is Frank’s advice to the crazy brave adventurer hazarding the tomb?

“Simple. Somebody else goes first. At [very high-level] play you have ample conjurations, NPCs/mooks, and other tools. Get out of the mindset that You have to do It.”

Cordell also added, “if the rumors are true about a message from Acererak [the big bad of Tomb] to those who venture inside, explorers should pay close attention. The message provides something of a guide. It won’t necessarily save you, but yeah… Last: Invest in some kind of soul protection magic. Just sayin’.”

You can find Tomb updated for 5th edition here. You can also continue your journey into the mind of two-time Tomb writer Bruce Cordell with his new novel, Myth of the Maker, and learn more about RPG history with Shannon Appelcline’s Designers & Dragons. Tim Kask and Frank Mentzer still publish RPGs through Eldritch Entertainment.
What is your best advice to surviving the most dangerous dungeons? Tell us in the comments.
Image Credits: Wizards of the Coast