Learn to Draw Totoro from a Studio Ghibli Producer

Need to unwind with some art? Good because Studio Ghibli producer Toshio Suzuki is here to help you draw the perfect Totoro from the comfort of your home (via SoraNews24). The benevolent spirit from 1988’s My Neighbor Totoro is an adorable subject to illustrate. Suzuki has been trying to think of creative ways to share his love of drawing with audiences. Especially since Japan extended stay at home orders through the end of May. One of his favorite characters to draw is none other than Totoro.

For anyone unfamiliar with Hayao Miyazaki‘s extensive universe, Totoro is one of the most beloved characters from his film collection. In the film, sisters Satsuke and Mei explore their new home and while doing so, they encounter and befriend the playful spirits in their house and the nearby forest, including the massive cuddly creature known as Totoro. 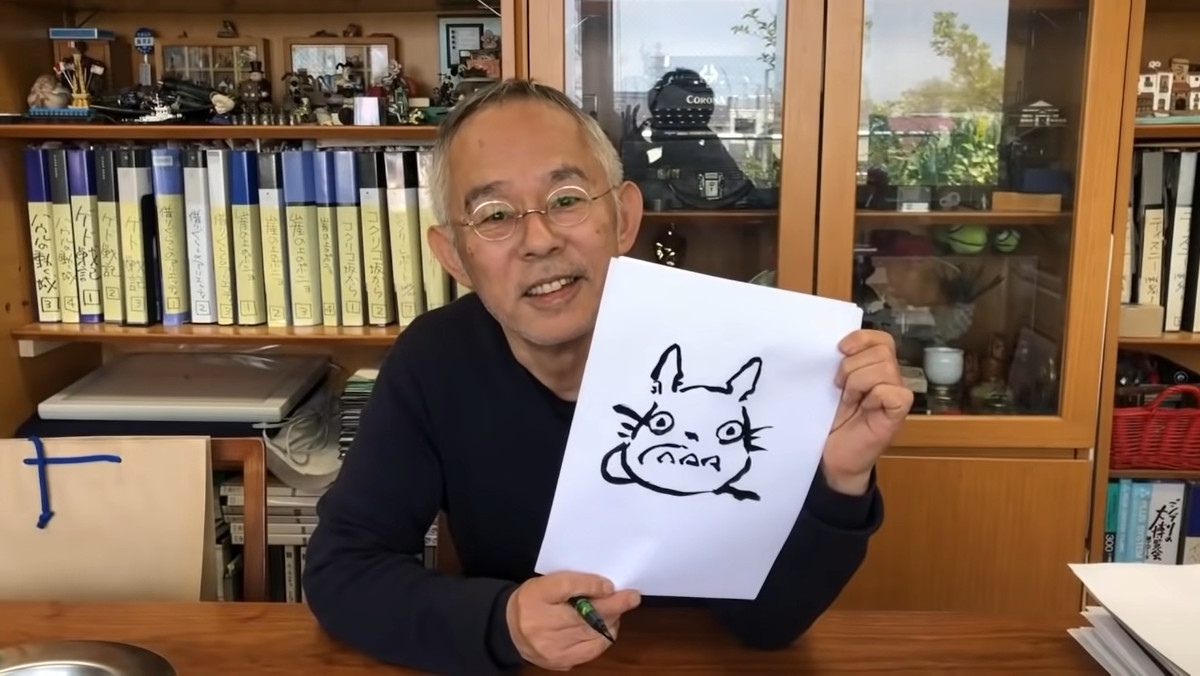 Nagoya Board of Education

In the quick one minute clip on YouTube, Suzuki breaks down how to draw Totoro using only a calligraphy pen. This video, released by the Nagoya Board of Education, is part of Aichi Prefecture’s “Smile Project Channel” which aims to keep children’s spirits lifted throughout the COVID-19 crisis. The video is in Japanese, but you don’t need to know the language to understand the joy Suzuki emotes while drawing the beloved character. You can easily follow along with his drawing.

He starts by drawing Totoro’s ears and rounded body, before getting to the most important part: the eyes. The eyes have to be drawn far apart, he emphasizes. While he makes the drawing look incredibly easy, it might take most of us longer than one minute to do.

Studio Ghibli also recently released a series of brief video tours from inside the famous Ghibli museum. The establishment has a very strict no video or photography rule, so it’s rare to get a peek inside. Both Totoro and those mini-videos are making everything a little bit better.

Featured Image: Nagoya Board of Education