How to Creatively Roleplay Dumb, Charmless, And Naive Characters - Nerdist

How to Creatively Roleplay Dumb, Charmless, And Naive Characters

Let’s be honest: when rolling up a character for an RPG, certain unfortunate rolls end up leaving some stats lower than ideal. Certain stats are insulated from being dump stats (the term used to describe where one dumps the lowest rolls for characteristics). Constitution, for example, has benefits across all classes, impacting hit points and healing. Dexterity has a direct impact to combat by similarly impacting initiative. Casting classes rely on their specific casting characteristics and combat classes rely on physical stats.

What that means, however, is that sometimes, characters get stuck with a lower social stat, and one that directly impacts roleplaying. A -2 modifier to intelligence, charisma or wisdom, for example, doesn’t only affect checks that use those stats, but directly affects that character in terms of how they interact with the world and their party. It can be kinda challenging for players, however, as most players themselves do not have the personal lived experience of being a low intelligence, charisma or wisdom.

The best way to then understand how those low stats might manifest in how you roleplay your character is to find an archetype to base that aspect of your character. Here’s a few insights we’ve garnered using some well-known geek culture characters:

There’s a few ways to play low-wisdom characters. Affecting perception and affecting common-sense, low-wisdom characters may be quite intelligent and charismatic. Take Anna from Disney’s Frozen. She can’t see others around her manipulating her because she’s unable to perceive the perspective of others, despite the fact that her good nature assumes the best. She doesn’t put on airs about her and assumes others act similarly. 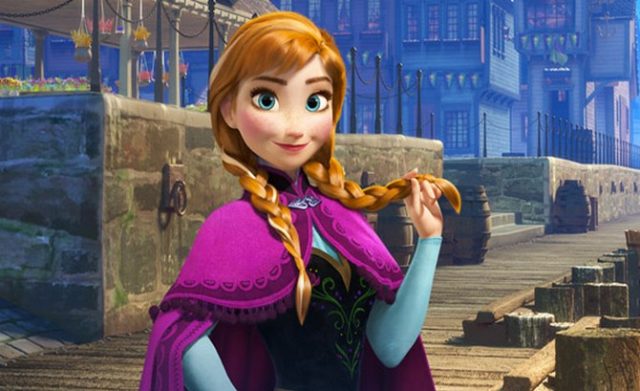 A very different character with a similarly low wisdom is Ruby Rhod, the charismatic DJ from The Fifth Element. His perception is so skewed by his ego-centrism that things that do not fit his world view are challenging to accept. He stares at a bomb with the priest Cornelious and refuses to acknowledge it is a bomb, and justifies his position by saying that if it were a bomb, the hotel’s alarms would go off. It is not until his surroundings align with his perspective, in this case the alarms start ringing, that he can accept the fact that it actually is a bomb.

Low wisdom characters, tend to be more self-focused in terms of their perspective on the world. Their world view colors how they see the people and the situation around them, and they often do not see the risks and dangers that are present because of an element of ego-centrism, which will color their social interactions. However you play a low-wisdom character, the likelihood they unwittingly put themselves and their party in danger, whether that’s because they don’t assume malicious intention from others or underestimate the danger of a particular situation. Be aware of that and don’t shy away from it. Who knows, maybe that owlbear really does want to be your friend.

A low intelligence character is the kind of person that will be challenged to put two and two together, both literally and proverbially. Beyond terrible math skills (which may be a fun aspect to play), they’ll likely have a hard time seeing the big picture and their part in it. Their motivations may simply be I want X but meeting that will be the interesting part. The simplest (however inelegant) solution will be the one they’ll advocate, or worse yet, do without the supervision of the rest of the party. Take Groot, who, however lovable, doesn’t seem to grasp the bigger picture, both in his fully grown state (drinking from a fountain when he’s thirsty, or taking the power source simply after hearing Rocket say he needed it) or continually wanting to hit the detonate button in his baby form:

Similar archetypes with this approach include Harley Quinn and Jayne Cobb. However well-intentioned, a low-intelligence character acts before they think, with consequences being damned. They don’t have to be any less charming, or perceptive of danger, but they will very likely have an inability to see beyond their own wants and the easiest ways to fulfill those desires.

Low charisma characters may be extremely intelligent and extremely aware of the world around them, but the challenge in playing a charmless character in a roleplaying game is that the temptation to have them simply withdraw from social interactions is high. That said, there are so many ways to play a character who lacks charisma because any element of their personality may be unlikable. 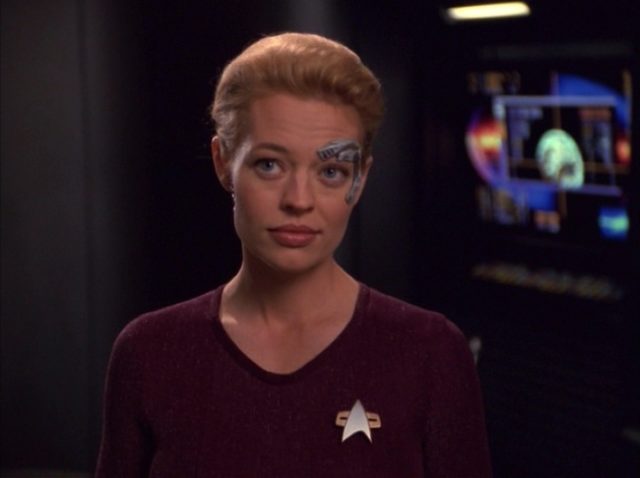 Take, for example, the extremely unlikable characters from Star Trek (of which there are many). They are intelligent and perceptive, but their social niceties need work. Seven of 9 is challenged to join the crew both because she is suspicious, a turned agent of the enemy, but more because she barks commands and doesn’t say please and thank you. Thinking back to the franchise as a whole, most characters who don’t observe humanity’s social niceties are colored pretty unlikable. As annoying as Neelix was, it could be argued he was more persuasive and more liked by the crew than Seven because he wasn’t rude.

Another example is The Spleen from Mystery Men: his weaponized flatulence makes him awkward in social situations.

The manifestation of a low charisma doesn’t just mean a character is unbelievable when deceiving or persuading, but is generally unlikable for a particular reason. If you manifest that low characteristic on a single trait, whether that’s being extremely vulgar and crude, or having a stench that follows wherever you go; it doesn’t mean you can’t still engage in social interaction, and your involvement might lead to more interesting opportunities.

What are your tips for playing characters with low social stats? Tell us in the comments!

Teri Litorco has rolled some pretty terrible stats for characters, which is why she knows so much about the topic. She’s also an author and can be found on social media.