How to Become a Hearthstone Arena Master - Nerdist

How to Become a Hearthstone Arena Master

Playing Arena is completely different from playing Ranked mode, and it’s a breath of fresh air from all the super-powerful meta decks you’ll find on the ladder. Even if you have a deep knowledge of all of the cards in Hearthstone and how they figure into the Ranked metagame, you’ll still have a hard time in Arena unless you figure out its unique strategies. The three routes to Arena mode mastery are tactics, observation, and maybe a little bit of outside help. Let’s unpack all three. 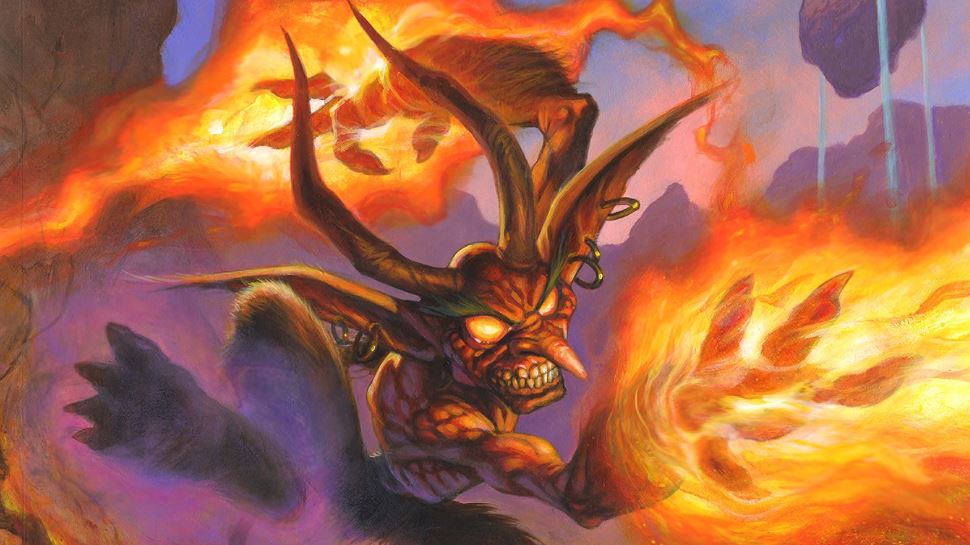 “You fool, this game is played on a curve!”

These are the words of the famous Hearthstone streamer TrumpSC. The curve he’s talking about is the game’s mana curve, also known as tempo. If you don’t know about tempo, you’re going to have a real hard time in Arena. Tempo is a core concept of Hearthstone and card games like Magic: the Gathering, but it’s never explicitly spelled out for new players.

Winning tempo usually means using up as much mana each turn as possible, a 1-cost card on turn one, 2-cost on turn two, 3 on turn three, and so on—also known as playing “on curve.” While tempo is important in Ranked play, other archetypes like Aggro and Control often mean that you can get away with playing off-tempo if your cards are powerful enough.

That’s not the case in Arena. Since you draft your deck out of random(ish) cards, your deck will never have the insane card quality of a top-tier Ranked deck. Since your cards don’t have that same combo potential or crazy value as they do in Constructed, you have to go for the only route left: tempo. Play on-curve as best as you can. Hearthstone streamer and Arena mogul Kripparrian has said that a deck that plays 1-drop, 2-drop, 3-drop, 4-drop in Arena is guaranteed to win, no matter what. This is an exaggeration, of course, but having a perfect curve in the first four turns of the game usually generates so much tempo and creates such a massive board presence that it’s very hard for your opponent to turn the tide.

Another major way of winning tempo is through efficient removal cards. If your opponent plays a 5-mana Ethereal Conjurer and you are able to remove it with a 2-mana Frostbolt, you’ve just gained 3 mana worth of tempo, possibly enough to swing the game back in your favor, despite the fact that the Conjurer gained the mage a lot of value by giving it a free spell.

In short, don’t hoard your cards! Keep playing minions on curve, even if it looks like a bad trade for you. If your resources can keep trading for your opponents, eventually you’ll control the board and win the game!

Practice is vital to Arena success. Duh. But easily as important as learning from experience is learning through observation! Hearthstone is one of the most-watched games on Twitch right now (even though the top slot tends to go to D&D every Thursday for some reason), and there are dozens of excellent Arena-focused Hearthstone players you can watch. Seeing the pros in action gives you concrete examples of great Arena play… and sometimes not-so-great play, too. Everyone makes mistakes, and these misplays can help you learn.

Watching full livestreams is super time consuming, but most streamers also post edited versions of their streams on YouTube, as well. We’ve already mentioned Trump, but his “Trump Cards” Arena segments are great because they include the full card-drafting process, giving you a better idea of why some cards are better than others.

While there are plenty of Arena streamers, there is one duo that is absolutely vital for newbie Arena players. If you want to become a better Arena player, you must watch ADWCTA and Merps. They post their 12-win Arena runs in full, complete with dual commentary, both of the drafting process and best plays throughout the game.

Speaking of ADWCTA and Merps, they are the engineers behind the Arena newbie’s most valuable resource, Heartharena. This website compares the three cards you choose in each step of the Arena draft and recommends which card you should pick. It uses tier list rankings to recommend cards, but then adjusts those rankings dynamically based on what cards you’ve already drafted so far. This app is great for players who aren’t familiar with which cards are better than others, and also for players who need help determining how to draft a good mana curve for their deck.

Heartharena also has an in-game overlay that displays its rankings directly in the Hearthstone client, rather than forcing you to tab into your browser. This is convenience at its finest.

One last word before we depart. Even though Arena has a less strict metagame than Ranked play, some classes are still better than others. If all you want in Arena is to hit 12 wins, then stick to Mage and Rogue. But, if you’re looking for a fresher Arena experience, maybe try Druid, Warrior, or Shaman sometime. As long as you don’t play Priest. Poor, poor Priest.