New campaigns bring new characters, and Critical Role is no exception. After playing our beloved Vox Machina for so long, the players were ready for new directions and new stories to tell—and their characters reflect that.

Our new heroes go beyond the basics you’ll find in the Dungeons & Dragons Player’s Handbook to include features that we’ve not seen played before in the Critical Role campaign, from a surprisingly adorable goblin rogue to a one-of-a-kind tiefling blood hunter.

If you want to speculate about the new campaign, or you’re looking to break the mold yourself the next time you bring a new character to life, here’s where you’ll find details about these unusual characters. 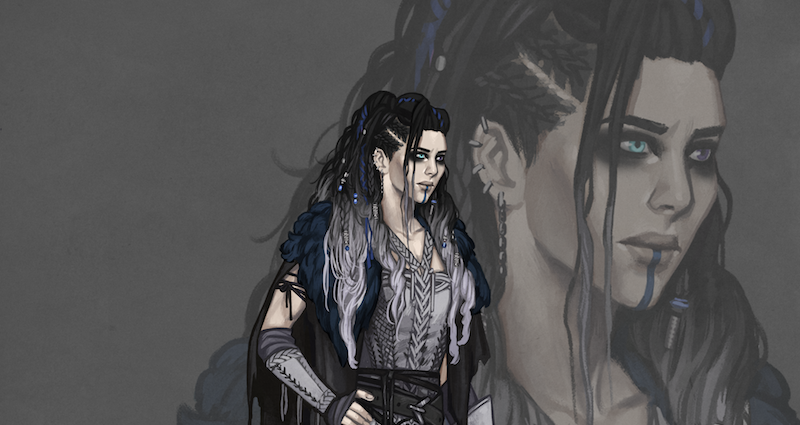 Found In: Volo’s Guide to Monsters

Yasha, who works at the same dazzling Traveling Carnival of Curiosities as Mollymauk, is a towering aasimar Barbarian who wields her wits as deftly as her sword. If you’ve not heard of an aasimar before, it’s because they are something of a rarity. While they are typically born to human parents, aasimar are touched by divine power and chosen to be guardians and champions.

While time will tell what secrets Yasha’s past holds, it’s certain to be a compelling and unusual tale.

“[Yasha is] taller than your average lass,” said Ashley Johnson with a smile when introducing her character. “She’s very stand-offish.”

Found In: Volo’s Guide to Monsters

Goblins are listed in Volo’s Guide as “monstrous adventurers,” but Sam Riegel’s character Nott the Brave is more delightful than frightful. While there’s not much information about creating a goblin character beyond some traits for the race, it is interesting to note that goblins reach adulthood at age 8.

Like Yasha, there’s certain to be a captivating story in Nott’s background about how and why she became an adventurer, but one thing is for sure: It’s not going to be an easy road for her.

“Goblins are not welcome strolling about,” Caleb warned when the group first met each other. “She’s my companion. She’s my friend.” 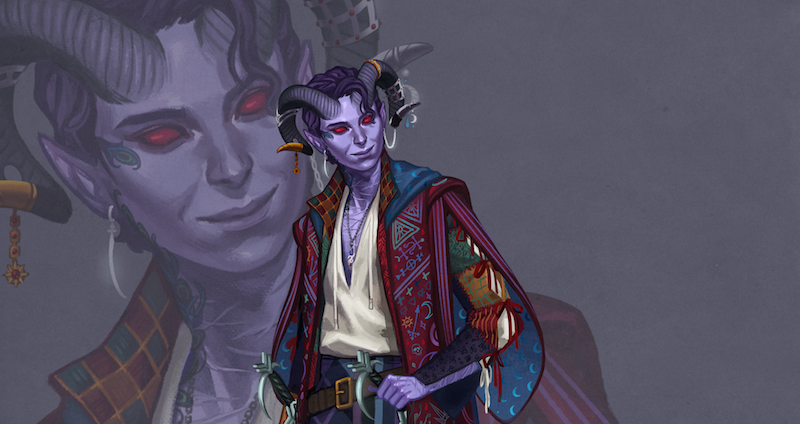 Found In: D&D Beyond

Mollymauk, the ostentatious tiefling played by Taliesin Jaffe, glitters like the night sky. With lavender skin and red eyes, along with horns adorned with jewels and fine silk robes, Mollymauk purposely stands out from the rest. “He’s very broad in his dress,” Taliesin described.

He’s also unique for his class. Mollymauk is a blood hunter, a class created by Matthew Mercer himself that you can now find on D&D Beyond.

“These warriors have chosen to merge the martial pursuit of deadly weapon play with elements of vicious blood magic to create impressively effective combat techniques,” says the description. Is there darkness hiding under all that elegance?

Found In: Xanathar’s Guide to Everything

Fjord’s gentle Southern accent isn’t the only thing that sets Travis Willingham’s character apart. Perhaps showing his fondness for sentient weapons, Fjord is a hexblade warlock, a subclass often characterized by such weapons. Imbued with the power of the Shadowfell, these weapons suggest a dangerous pact made in the past. But not all warlocks choose to create such a weapon, using just the dark magic itself.

While not much of Fjord’s past has been revealed, like all of the other characters in the new crew, just this tantalizing tidbit is enough to hint at a riveting story just waiting to unfold.