Why Playing Risk Will Turn You Into A Borg Drone - Nerdist

Why Playing Risk Will Turn You Into A Borg Drone

If you’re going to talk about a game of complete and total domination, you’ve got to come at it with the right mindset. One enterprising MIT student, Garrett Robinson, decided to break down the best way, mathematically, to win at Risk back in 2009 and the Business Insider recently reported on it. Of course, we also read it and we couldn’t help notice this was a manual for turning humans into Borg.

Like the academic breakdown of how to win at Monopoly we talked about previously (illustrating how to be a Ferengi), we’re back with another installment of playing mainstream board games like Star Trek aliens. Here are the lessons we learned from the winning strategies that make Risk the gateway game to the Collective.

LESSON ONE: YOU CAN REDUCE THE UNIVERSE TO A  NETWORK MAP OF TRANSWARP CONDUITS 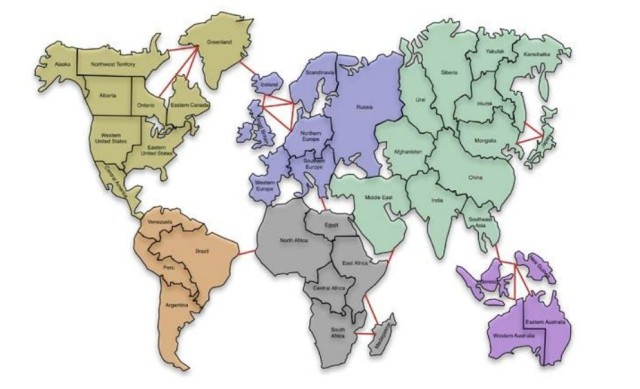 The Robinson model talks about looking at the map in a manner that doesn’t reflect the size of each territory but instead looking at in a way that shows how vulnerable each territory is because the map is deceptive in terms of territory size and borders.  For example, South America and Africa appear to be the same size on the board, but South America is only comprised of 4 territories, where Africa has 6.

Instead, Robinson simplified the map to look less terrestrial and more logical: 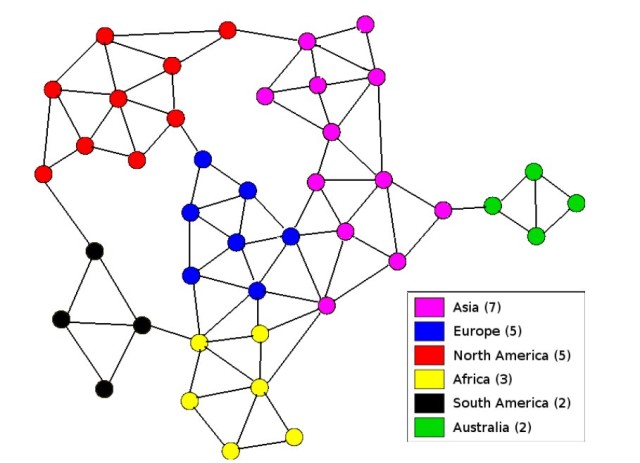 Seeing the board in this manner  gives players the ability to exercise logic in determining the vulnerability and defensibility of territories and continents (if it helps, we can think of them as worlds and cultures respectively moving forward.)

LESSON TWO: YOU MUST EVALUATE WHOSE UNIQUENESS WILL BENEFIT THE COLLECTIVE

The selection of which continent to conquer is determined by the collective’s needs. Some cultures are not developed enough for the Borg or do not have sufficient uniqueness that will add to the collective’s perfection. Be selective about your assimilation targets early.

Business Insider pulled the number in terms of statistics when it comes to attacking. Because of the single die advantage, the attacker holds the advantage when army numbers are equal to the defender, and the probability only favours the defender when they outnumber the attacker.

Which leads us to the next lesson.

LESSON FOUR: INDIVIDUALITY IS WEAKNESS, THE COLLECTIVE IS STRENGTH 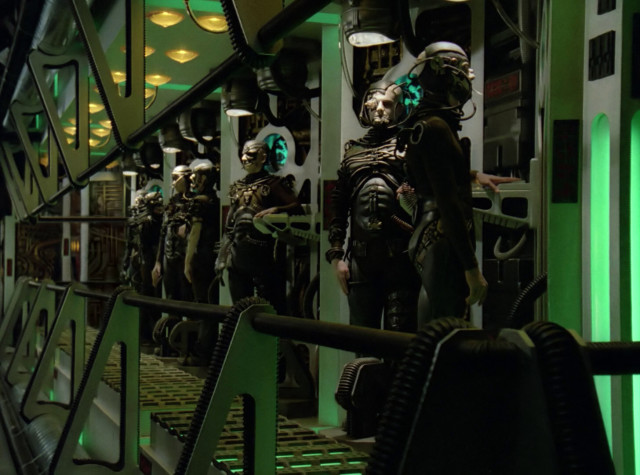 Robinson remarks that a sound strategy is to, “build up forces that can withstand attacks from several smaller armies from bordering countries and that can act as a deterrent for large attacking forces. This is especially critical in many of the countries in the middle of the board because they have many entry points from outside their continents. One example is the Middle East, which can be attacked from Ukraine, Southern Europe, Egypt, and East Africa. Without a strong presence in the Middle East, it is nearly impossible to hold Asia.”

Overwhelming numbers in key areas deters attackers and prevents losses when defending. Substantial numbers also makes  assimilating territories easier.  Muster your forces strategically and keep your numbers strong–don’t spread too thin. Moving too aggressively may isolate you. A single drone may have the consciousness of the collective, but they are individual, small, and weak. Be strong instead.

If the idea of conquering the universe is appealing to you, but you don’t want to go through the drudgery that could done by mindless drones, there are other options. There can be life after the collective; check out this list of fantastic alternatives to Risk that are more fun, more playable, and more human. We can’t guarantee that you won’t start sympathizing with Cardassians or Vulcans though.

What do you think? What games do you think the species of Star Trek would use to teach their little ones the lessons of their culture? Let us know in comments!