How Microsoft Is Making A Modern RTS With Halo Wars 2

Halo Wars 2 is the upcoming sequel to the 2009 real-time strategy game, a joint production of 343 Industries, the Microsoft team behind the Halo series, and Creative Assembly, the developers behind the RTS series Total War. Here is an exclusive look at the images and video from the San Diego Comic Con panel, and interviews with the game’s creators.

At the panel, Microsoft unveiled the story behind Halo Wars 2. The crew of the ship Spirit of Fire wakes up after cryogenically sleeping for 28 years. They find themselves at a Forerunner installation called The Ark, fighting a group of covenant called the Banished, led by brute general Atriox. 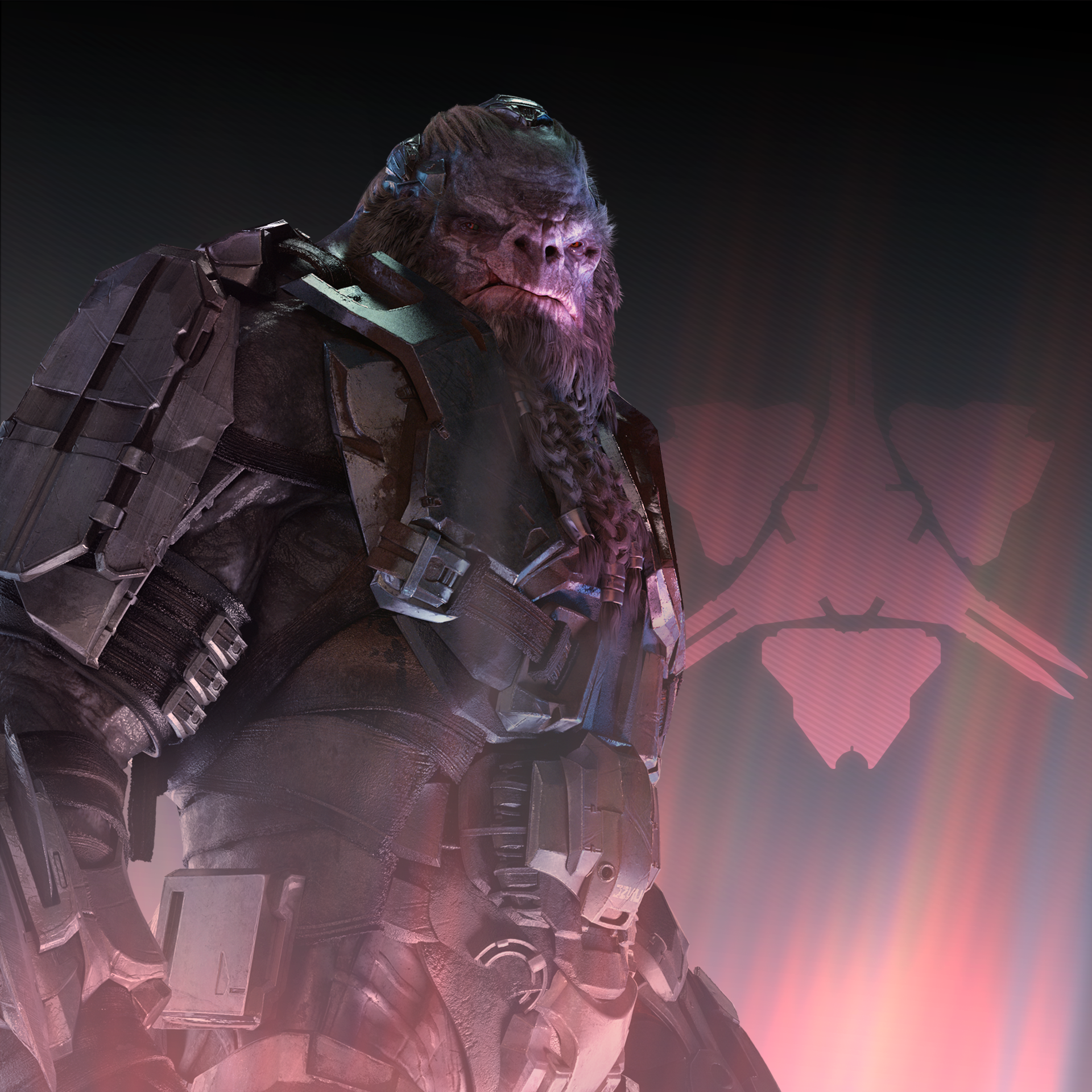 For Halo Wars 2, the developers wanted a worthy antagonist. Atriox is not only a strong enemy, he is an intelligent and tactical one. As we see in the latest video documentary for the game, he ambushes three Spartans and defeats them singlehandedly.

“A good villain needs to scare the heroes. If the good guys aren’t scared a little bit, you are not going to spend any time on the edge of your seat, wondering if they are going to make it. And that’s what really makes a really engaging and gripping story,” Kevin Grace, Creative Director at Creative Assembly, told Geek and Sundry.

Another reveal at the Halo Wars 2 panel is Isabel, a new AI character. She is a logistics AI, unlike Cortana and the military AIs seen in past Halo games. She is instrumental in not only helping the space marines understand The Ark, but informing them what has happened in the war with the Covenant for the past 28 years. 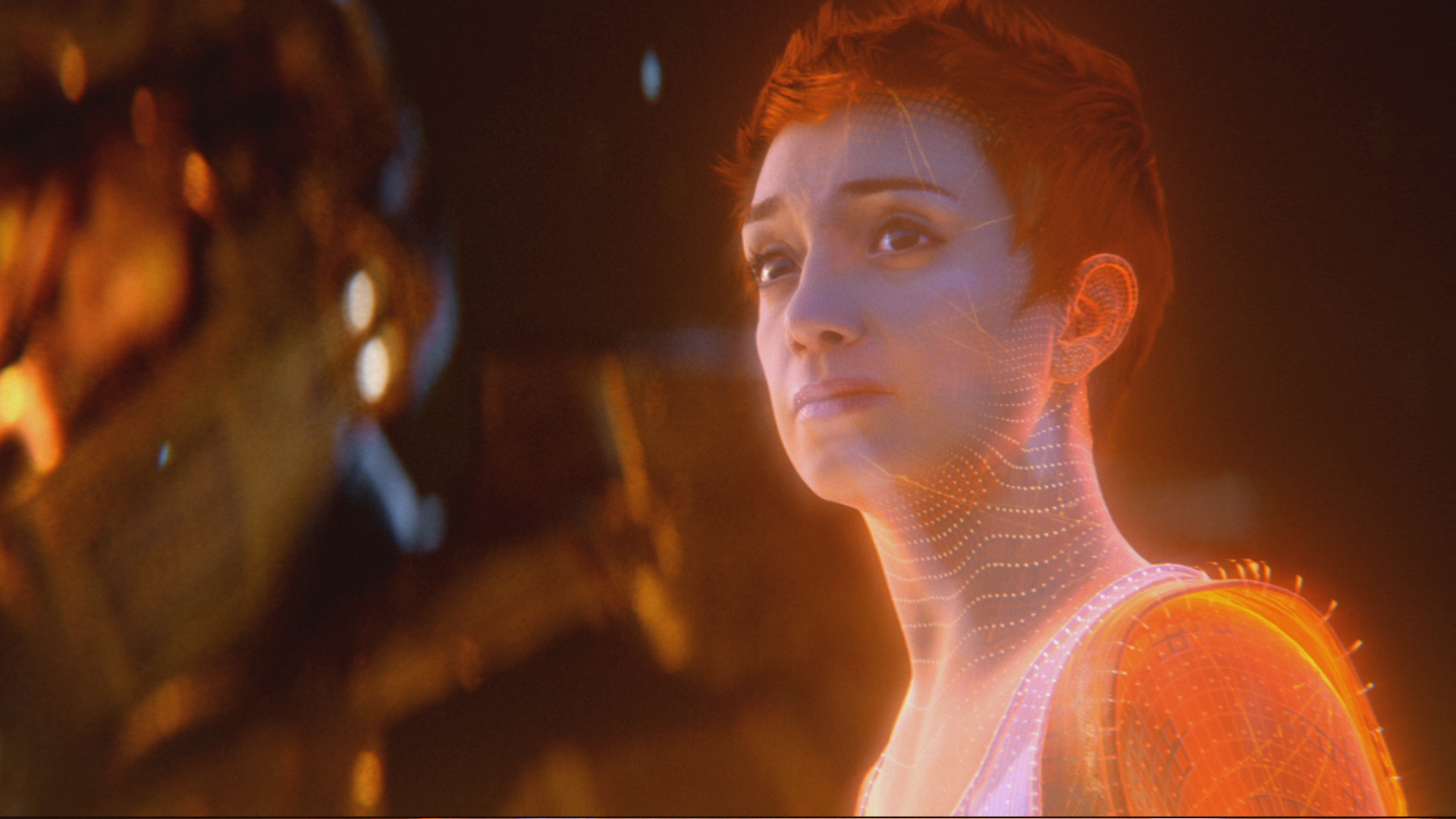 “We have a crew and a spacecraft that have been frozen in cryo sleep. So you get that unfrozen caveman story, where they are coming out of a time where they thought they knew what was going on in the galaxy. They are coming straight back into, not only a bunch of action, but from their perspective, a bunch of mystery too. Seeing things from that perspective will be pretty exciting,” said Frank O’Connor, the Franchise Director at 343 Industries.

The original Halo Wars was known for its success in bring the RTS genre to console, for having a control scheme that can actually bring the complexity of RTS games to consoles.

Grace said, “We very much respect the work that Ensemble did on the first game, bringing those RTS controls to consoles. But there’s been a lot of RTSs since the first Halo Wars, so we are adding things like being able to create control groups. PC players use those to micromanage troops and send the right guys to exactly the right fight. In Halo Wars 2, we are letting you set up four of those control groups. You weren’t able to do that on consoles before.”

Another facet of the first game that the developers improved upon is the gameplay around the leaders of the individual armies.

“The Leaders were a great part of the first game. In Halo Wars 2, you are going to have more ability to customize how your leader grows over the course of the match. Do you want to use more of those offensive abilities, for a rush strategy, or some of the more healing abilities or defensive abilities? Or get your technology to outpace everybody else on the map? So we give you a lot more choice on how you play your game,” said Grace. 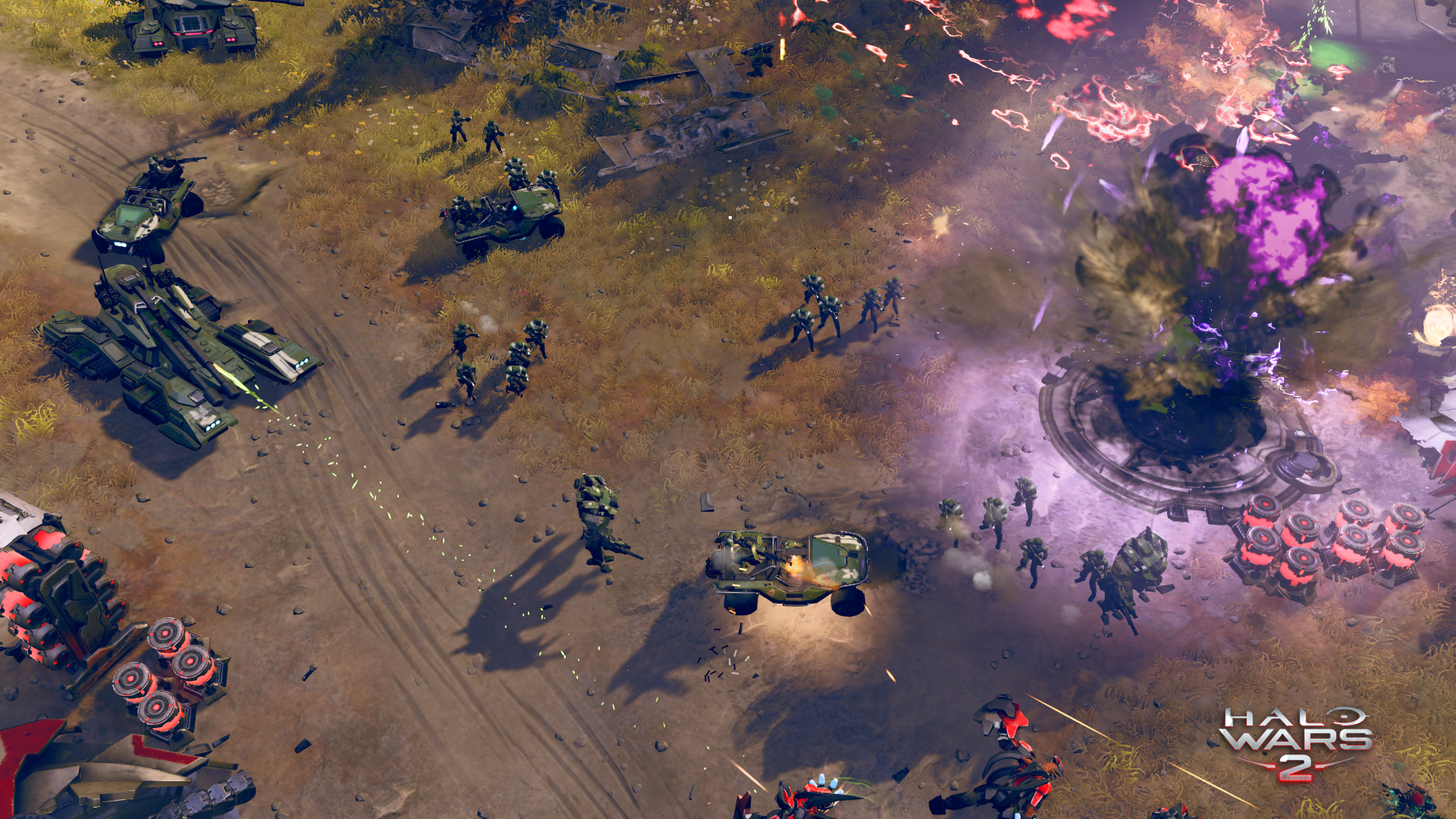 Beyond updating the game for a current RTS sensibilities, 343 and Creative Assembly found other ways to make the game more modern. Improved graphics, of course, but also different kinds of play.

“We have been paying attention to how RTS games have changed. How other related genres have developed, like MOBAs. If you want to have a traditional resource battle–build up your base, build up your tech, plan out your army–do you want to have that traditional RTS style? That is in there for you. If you just want to jump in and start blowing things up right away, we have some interesting modes that will offer that as well,” said Grace.

Halo Wars 2 is being made for not only Xbox One, but for Windows 10 PCs. The resulting game looks to be a fast-paced action RTS that will keep picky PC gamers happy and introduce the genre to more console gamers.

“RTS is a very specific genre. People have a lot of expectations. The original Halo Wars went a long way to making those controls possible on our consoles. But I think people who are intimidated by an RTS will be pretty pleased on how the game ramps the difficulty and the levels of strategy,” said O’Connor.

What are you look forward to most in Halo Wars 2, the gameplay or the story? Tell us which and why in the comments below.

INSIDE: The Most Beautiful and Horrific Journey You Need To ...

Legend of Zelda Is Now A Tale of Survival