How 'Assassin's Creed' is Helping Students Learn About History - Nerdist

How ‘Assassin’s Creed’ is Helping Students Learn About History

“You have died of Dysentery” has become the unofficial slogan of one of the most famous educational games of all time: Oregon Trail. From its release in 1971, it was a cornerstone of computer-aided learning and one of the few things you could excusably enjoy playing during class. Well, it’s not 1971 anymore and our Commodore 64s are nowhere to be seen, giving way to modern PC’s and consoles to take up the mantle of digital Professor. 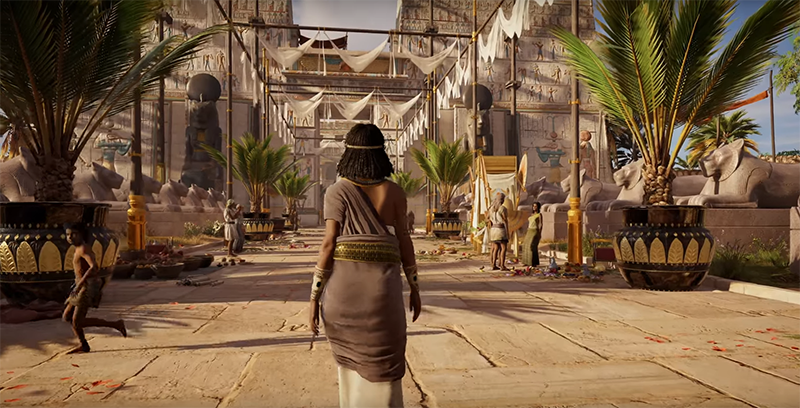 Recently released, the discovery tours in Assassin’s Creed give players a chance to walk the streets of Alexandria, explore pyramids, learn about the geography and wildlife of ancient Egypt, and discover more about the daily life of the times while also learning a bit about the development of Assassin’s Creed itself. The Discovery feature offers 75 tours guided by historians and Egyptologists which range from 5 to 25 minutes, but you can always break away from the tour group and explore on your own.

Like the best history teachers, Assassin’s Creed Origin Discovery Tour encourages exploration while learning, but unlike real life (where the best you probably get is dodge-ball in your high school gym), the game offers you the ability to ride horses and camels, swim in the Nile, and even parkour your way around long-lost cities. Learning gets even cooler when you can do it as your favorite characters. Players will have access to 25 avatars, including characters from Assassin’s Creed Origins, Bayek, William Miles, and Aya, or real historical figures, like Cleopatra, Ptolemy, and Caesar.

The game itself actually stemmed from teachers reaching out to Ubisoft about how they’d use Assassin’s Creed as a teaching tool for history. “We kept receiving testimonies from teachers that were saying … ‘I’d like to use it in the classroom, but it’s not easy,'” said Jean Guesdon, the creative director behind Origins told the CBC. “So they would record some videos at home, editing them to make sure the content was safe for school.” In response, Ubisoft created Discovery Tour.  “They can use this tour, even bring their console into the classroom if they want to, without any danger.” 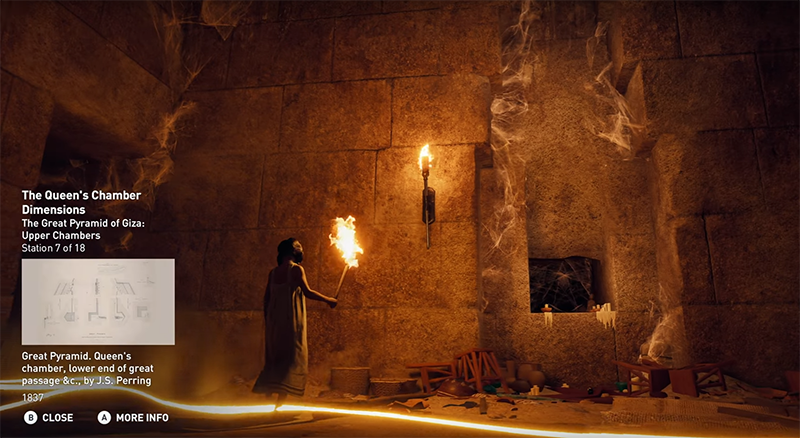 You don’t have to be a student or teacher to appreciate Discovery Tour. For those of you who enjoy a more passive, relaxed history lesson, the tours function a lot like a gorgeous history documentary, with each stop offering a short chunk of narration about a chosen topic. Keeping things interesting is the fact that you can move at your own pace between spots, giving these tours a more immersive feel. You can take your time walking down a street and observing the world around you as NPCs go about their lives, recreating history. The inclusion of player agency in these learning moments makes them more dynamic and engaging, and less like a stuffy history lesson. Add to that the fact that you gain trophies and achievements for taking the time to learn is the icing on the educational cake. Who doesn’t love delicious cheevos? 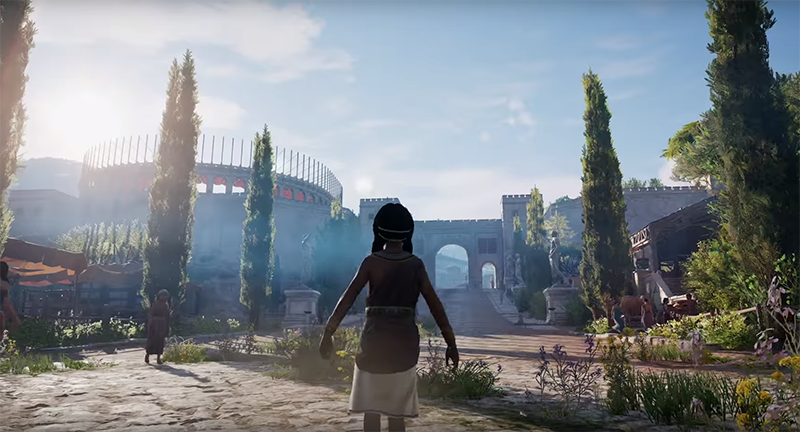 Watching films like Indiana Jones when I was a kid was inspiring enough to get me hooked into learning more about the past, but the Discovery Tour has the potential to take its players even further into this ancient world. While great films can be engaging, the interactivity of a game lets you plug directly into the world and become a vital part of the digital history which unfolds around you. The Discovery Tour mode in Assassin’s Creed is super exciting and brings back all those feeling of wanting to become a globetrotting, whip-wielding adventurer archaeologist (Ok, maybe drop the whip. The TSA frowns on those). 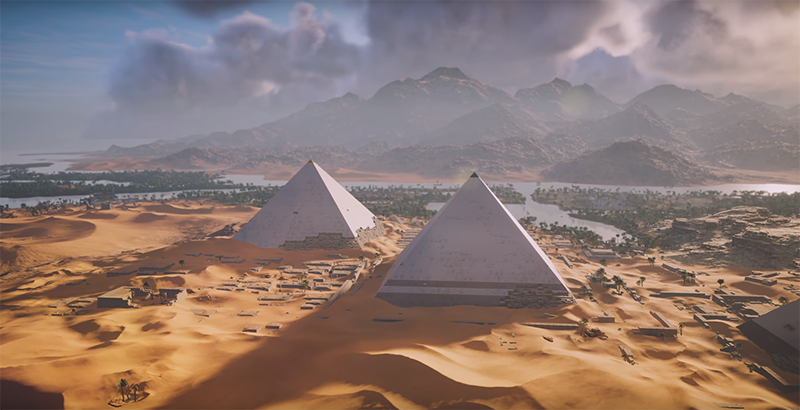 Assassin’s Creed: Origins Discovery Tour promises to be a thrilling step forward for educational games and I hope to see more of these interactive designs ending up in classrooms, because the more fun learning is, the more we’ll want to engage it. You can check out the Discovery Tour as a free update for Assassin’s Creed Origins or, if you don’t own the game, you can buy it on Uplay PC and Steam as a standalone version for $19.99. Learn more at one the Ubisoft website.

Which games would you love to see Discovery tours offered in? What are your favorite educational games? Let us know in the comments below and be sure to check out Game Engine (on Twitch and Alpha Tuesdays at 4 PM Pacific) to learn more about the coolest things in the world of games with Erika and Trisha.