The  Aquaman movie, out December 21, is set to make history in an exciting way. For one thing, it’s the first-ever superhero blockbuster to feature a Pacific Islander actor—Jason Momoa, who is of Hawaiian and white descent—in the lead role. And for another, it may well be the first DC movie to reflect the modern superhero myth through the perspectives of people of color living in global diaspora.

During an interview on the Aquaman set, Momoa said it was “the biggest honor” to be “that person standing up” as a superheroic trailblazer. “There are so many brown-skinned kids who are going to grow up and go, ‘Yeah, we love this’.” It helps, too, that the DC cinematic universe’s take on the character recognizes Momoa’s Hawaiian heritage. In addition to Aquaman’s Polynesian-inspired upper body tattoos, “a whole lot of our [Hawaiian] gods are water gods,” he explained, and playing a character with oceanic connections taps into that. I can confirm from my own upbringing that learning to respect the ocean is Hawaii Knowledge 101 (Ah, the gentle tides! Ah, the undertow! Ah, the massive waves that come out of nowhere and can make you disappear in an eyeblink!). Who better, then, to dispel the “LOL he talks to fish” jokes about the future king of the seven seas? “When you see what he can really do and how powerful the ocean is,” Momoa said, “I guess we’ll see who’s laughing then.” 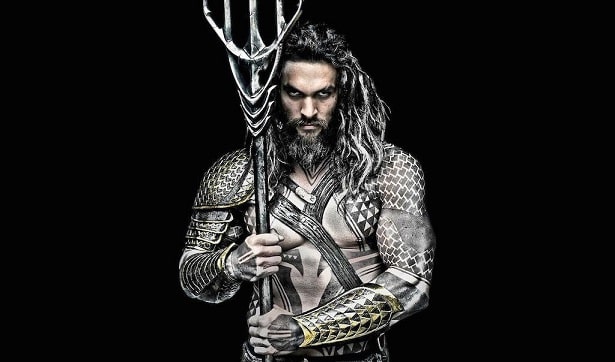 Director James Wan agreed that having Momoa in the role was central to the character’s development and to the movie as a whole. Due to his mixed human and Atlantean parentage, Wan said, Aquaman “is a guy who’s kind of trapped between two worlds. He doesn’t feel like he belongs in the surface world, but he doesn’t feel like he belongs in the world of Atlantis as well, the underwater world. […] Someone like Jason, who is himself [of] mixed ethnicity as well—he brings a lot of that flavor to it, and I think it makes it more interesting.” It’s worth noting that Wan, who’s Chinese-Malaysian and based in Australia, is also a person of color from a diasporic cultural background.

Granted, that two-worlds bit may sound like every other superhero movie ever, and in a way it is. These movies all follow certain formulas, but that’s why we love them. Hero discovers they have special abilities; hero decides to become a hero; hero feels torn between the grandiosity of fighting evil and everyday life with regular humans; hero kicks some serious villain butt. Take my money. I won’t leave until the last post-credits scene.

What stands out, however, is the reclaimed language Wan uses to describe Aquaman’s personal journey. Before he comes to grips with his heritage, “he sees himself as a half-breed, and he sees being a half-breed as a negative thing.” The term “half-breed” isn’t one we hear much now. It’s the vocabulary of old-fashioned racism: If you’re a “half-breed,” you’re doomed to be an eternally incomplete person. I’m not saying Wan holds these views, of course, but rather he is critically analyzing the term as a person of color. This is the character’s self-loathing at work, and it’s a self-loathing with which many people of color, especially those with mixed-race heritage, may be unfortunately familiar. As a Japanese-Filipino woman who grew up in Hawaii and now lives abroad, I have an internal monologue that goes something like this: I’m not Japanese enough. I’m not Filipino enough. Have I forgotten my roots? Do I not fit in enough with Western culture? Or have I assimilated too much? For me, cultural identity is an ongoing struggle to ditch the “half-breed” mentality and find some kind of wholeness.

Another major difference between Aquaman and other superhero movies, Wan noted, is that unlike (for example) Krypton, Aquaman’s home is actually directly connected to our world, if you’ll excuse the Little Mermaid reference. We may live on the surface world while the people of Atlantis live underwater, but it’s all part of the same big messy Earth. “They’re not aliens from another planet,” emphasized Wan.

It’s a pretty spot-on analogy for what life is like as a person of color living in the West. We may seem like aliens, but we’ve been sharing a planet with the white Western cultural world—the “surface world,” so to speak, considering what the “surface” of the West’s pop culture and politics look like—since the dawn of time. And just because our cultures have been miscontrued and pushed aside, doesn’t mean we aren’t ready to kick a lot of villain butt.