Cecilia Nyman is a lifelong geek, and one of the owners of Badlands Comics and Games in Dickinson, North Dakota. As she put it, “I grew up in Indiana with a mom who let me run around in my Underoos as Wonder Woman and called me Diana Prince.” Her childhood was filled with books, particularly of the horror genre, which she squarely blames her stepdad for, not that she thinks he’d mind. 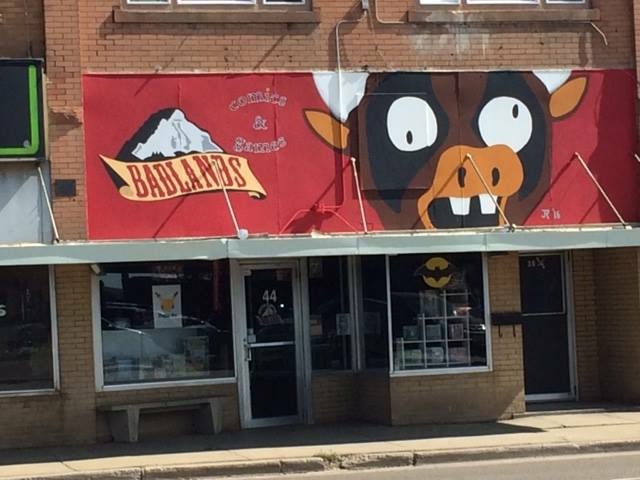 The analogies to the heroine don’t stop there. During her college years, it was a sisterhood, not unlike the Amazons of Paradise Island, who helped to bolster Cecilia’s geekiness into a super power, as well deeply ingraining a belief in service to one’s community. “I joined Pi Beta Phi Fraternity for women. That ranks in the Top 10 best decisions I’ve made. As a lifelong reader, one of my favourite things was Pi Phi’s focus on literacy. I’m very proud of this organisation and all it has done to help foster a more literate and productive society.” After leaving college, she met her partner John and his daughters. Like Steve Trevor taking Diana into a world she’d never known, John helped introduce Cecilia to a whole new world of gaming. “I was working at a preschool, so I understood the importance of games and learning through play, but, up until that point, I had never really been involved in the gaming community. I ended up playing a game of D&D with John, and I had a blast! We’ve had a lot of fun playing ever since.” In opening that door, gaming has become an integral part of their family. “We are even about to start a new campaign with our 12-year-old son,” she told us.

It is, therefore, no surprise that this gaming family would end up owning a game store, though the circumstances that lead to it weren’t exactly ideal. “In 2013, we moved to North Dakota. While my husband was working at a local high school, he met John Odermann, who would become our business partner at Badlands Comics and Games. Unbeknownst to me, the two of them had discussed our town’s lack of a comic or game store. They offered me partnership in this venture. When a building fire led to [John] being laid off, the plan was fast-tracked. He attended GAMA Trade Show in 2014, and we opened two months later.” 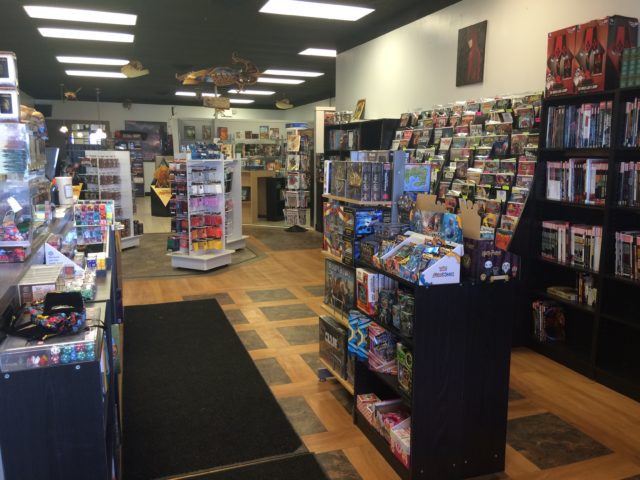 Cecilia admits their first location wasn’t all that great, but they were able to move quickly into their current location.”We were located in a less than ideal location, but it was the oil boom and space was limited. At the time, apartment rent was the 4th highest in the country. Shortly before our first anniversary, we moved to downtown Dickinson. The building we are in is 100 years old. At one point, it was a bar.” Not just any bar, mind you, as Badland Games occupies the space where once stood the historical Stockman’s Bar. The historical building gives gamers 1300 square feet to explore and play games, under the stunning tin roof that has stayed. “It’s a pretty amazing place and we’ve been able to become involved in a lot of community events that we just couldn’t do at our previous location.” Speaking of their community, the store has been a hub of social activity beyond just games. “We’ve had people find roommates through us. We’ve maybe even had a romance or three blossom in the past 3 years.”

Beyond that, Cecilia’s commitment to her community and literacy from both her childhood and her fraternity years manifests in the causes the store supports as a community.  “We focus heavily on family and educational games, in addition to my passion for helping the world to read.” The store has supported the local public library with prizes for summer reading programs and raises money for a local organization, Friends of the Library, throughout the year.

Cecilia is proof that you don’t need an invisible airplane to be an everyday hero to a community.

You can follow Badlands Comics and Games on Facebook, or visit them at 44 Villard St W, Dickinson, North Dakota.