How A Game Designer Shifted Gears To Own A Game Store

The fine folks of Madison Wisconsin are blessed to have an incredible gaming store like I’m Board! Games and Family Fun (although technically it is located in Middleton).

According to the owner, Bryan Winter, “My goal when opening I’m Board! was not to make the same stereotypical game store as everyone else. If I wanted to open a store and sell Magic and D&D and minis and that’s it, I wouldn’t be in business right now. I wanted to create a store that was more like a coffee house than a clubhouse – a place where anyone would come in and feel like they were in a place that was familiar and comfortable.”

This approach in doing more than just selling games but also creating a welcoming atmosphere is incredible. Bryan continues, “So when you enter my store it looks more like a gift store or a book store. That’s important, because there are a LOT of people out there who are interested in this stuff but are frankly not felt welcome at the “stereotypical” game store. Remember, geek culture is just regular culture, and we want everyone playing these games.” 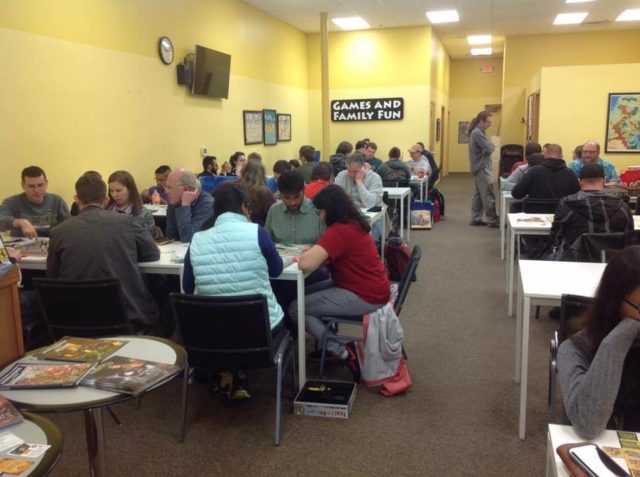 While this attitude and approach makes I’m Board! stand out as an amazing store, Bryan’s story and path to store ownership is what is really interesting.

“I first started retailing games as an employee of a hobby shop in Ann Arbor, MI, in the mid-80s while attending college. During that time I was also getting work as a freelancer for minor jobs and convention support and assisting with an industry rep at the time. After I graduated, I went to Madison WI to work as the Games and Novelty Product Manager for the now-defunct Capital City Distribution (at the time the second-largest distributor for comics and other pop-culture stuff – bought out by Diamond in the mid 90’s). On the side I was still freelancing, and after Magic hit I was doing a lot of board game and collectible card game design for Target Games AB in Sweden (while still living in Madison). So if you ever heard of CCG’s like Doomtrooper, James Bond, The Crow, Dark Eden, and Kult, I designed those.”

On the surface, it looks like Bryan was already living the geek dream, so to speak, by working as a prolific and successful game designer. So what happened? “…I left Cap City and went full-time as a freelancer for about 5-6 years, until it was time for my wife and I to start a family.” Big life changes lead to other life changes for Bryan. “I had self-taught myself HTML and web design as a means to handle CCG info sharing and FAQ’ing (remember, this was the mid-90’s), and I used that new skill set to get into web marketing. For the next 14 or so years I was out of the game biz and working in corporate marketing.” 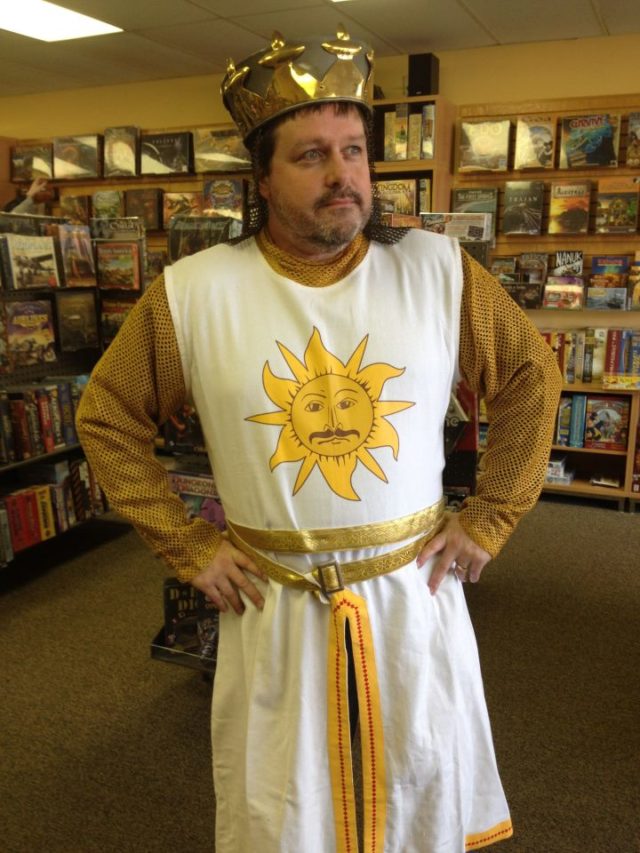 What is incredible about Bryan’s story is that even after 14 years, his passion for gaming never left. “About 8 years ago I decided to get back into what I really loved, game retailing (and not, as many people would be surprised to hear, game design). I spent about a year business planning, and eventually opened my store in 2011. Interestingly, the store opened on the 10th birthday of my youngest son, who was also the one who came up with the ‘I’m Board!’ name!”

Bryan’s story is that he initially left freelance gaming as a career in order to earn a stable income and health benefits for his new family. Despite this, his passion for games led him to back to being an entrepreneur as a store owner, where he is again on his own in terms of salary and benefits. Talk about taking a risk to follow your heart – his story is one we can all learn from.

I’m Bored! is located at 6917 University Ave, Middleton, WI. You can visit their website and find them on Facebook.

Would you be willing to take the same kind of risk that Bryan did? Let us know in the comments!