House of Leaves - The Most Meta Mystery Story Ever? - Nerdist

House of Leaves — The Most Meta Mystery Story Ever?

Mark Z. Danielewski says his novel is easier to read than it is to explain. It’s been sold as an existential horror story, but he’d prefer it be labeled a love story. Either term works, but we’d still call House of Leaves a meta mystery. Not only does its plot intrigue readers with unsettling riddles, the book also challenges them to scrutinize the very experience of reading.

There are several layers of narrative. We first follow Johnny Truant, a tattoo artist who discovers an unpublished manuscript while cleaning out the apartment of his recently-passed neighbor, Zampanò. Turns out, the deceased old man wrote a long-form analysis of the Navidson Record, a documentary following a photojournalist’s surreal exploration of a home that’s bigger inside than it is outside. As in, there are rooms which aren’t part of the floor plan, and certain hallways go on seemingly forever. 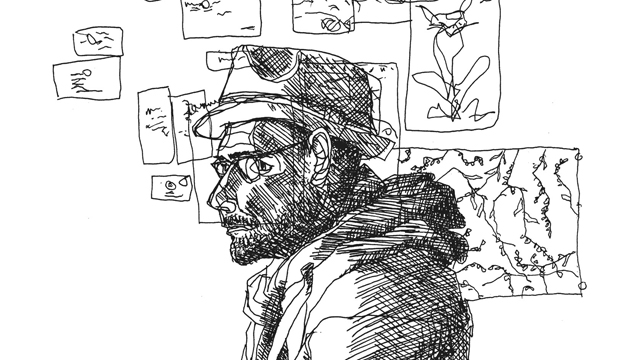 Academic writing takes up most of House of Leaves. Zampanò critiques this doc, scene by scene, and appends his commentary with copious footnotes referencing other films and scholarly texts. Remember, though, that we experience this manuscript through Johnny the Tattoo Artist’s perspective. He adds his own footnotes: questioning the validity of Zampanò’s citations, voicing fear about the House’s phenomena, and even sharing morbid, multi-page diatribes about his own troubled life.

Intricate metaphors conflate all the varied writers and readers. After Navidson mounts a terrifying expedition of one hallway in the doc–discovering an infinite labyrinth of plain, empty rooms–readers see that they’re also in a maze of pages. The House of Leaves‘ title refers to the book itself. Like Navidson’s House, it’s an ever-expanding puzzle that keeps tying back into itself and revealing deeper connections. The book rewards second, third, and even ninth reads, with every textual inconsistency and font choice offering clues about the House’s secrets.

Again, it’s a wee tough to explain, but still a surprisingly accessible read. 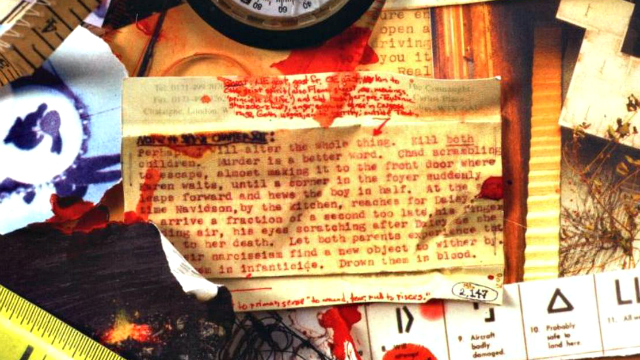 House of Leaves‘ maze even spirals beyond its pages–because there’s a further twist in Danielewski’s own bio. His sister is actually the singer-songwriter, Poe, and her biggest single “Angry Johnny” might refer to our tattoo artist. We’ll stress that it only “might.” Even if Poe’s album Haunted is angled as a House of Leaves companion piece (with tracks like “Exploration B” and “the 5 ½ Minute Hallway” sharing titles with book chapters), it still takes some abstract thinking to find their links.

Which is the point, most likely.

The House’s halls also extend to a real maze. One readers can actually step into and explore.

LA’s infamous Museum of Jurassic Technology sells copies of the book in its gift shop, even though none of its exhibits explicitly relate to the Navidson Record. Why? Another mystery, perhaps, but Danielewski and the Museum’s curators might share a kind of amused ambivalence. “Satire” is another genre House of Leaves fits into, and anybody who’s slogged through film theory will get a very precise chuckle over it telling a ghost story in the language of a term paper.

Likewise, the museum seems to parody academia by presenting utterly ridiculous exhibits without ever breaking an air of scholarly authority. Each piece baits visitors, making them scrutinize every line of description on a placard, wondering how far their legs are being pulled. What’s true, and what’s not? The question prompts reassessment of other writing you usually take for granted. Why just accept a wordy footnote at face value? Does any nonsense sound believable as long as it’s phrased in $5 vocab? Can you trust anything an author says about his own book?

House of Leaves isn’t a whodunit. It never offers answers about the phenomena Navidson encounters, nor the madness that might afflict Johnny and Zampanò. It does inspire the kind of inquisitive thinking a good mystery should, though. Readers must digs deeper than usual, and find answers for themselves.

Are you interested in diving into your own mystery? Try out The Scavenger; a first person, virtual scavenger hunt from the comfort of your own home! Our host will try to solve a series of scavenger hunt puzzles that are set up around the G&S Twitch Studio. Make sure to tune at 5PM PT to see if you can make it out.

Have you read House of Leaves? Would you recommend other outside-the-box mysteries for anybody Scavenger viewers? Fill the talkback with suggestions!