We can debate who is the greatest Jedi ever, or which droid is the best in the galaxy far, far away. But there’s no question which Star Wars character is the most stylish—Lando Calrissian. And soon you’ll be able to add some Cloud City chic to your home, with his all-new realistic 1/6th scale collectible figure.

That is, if you’re home can handle a cape that looks this good. 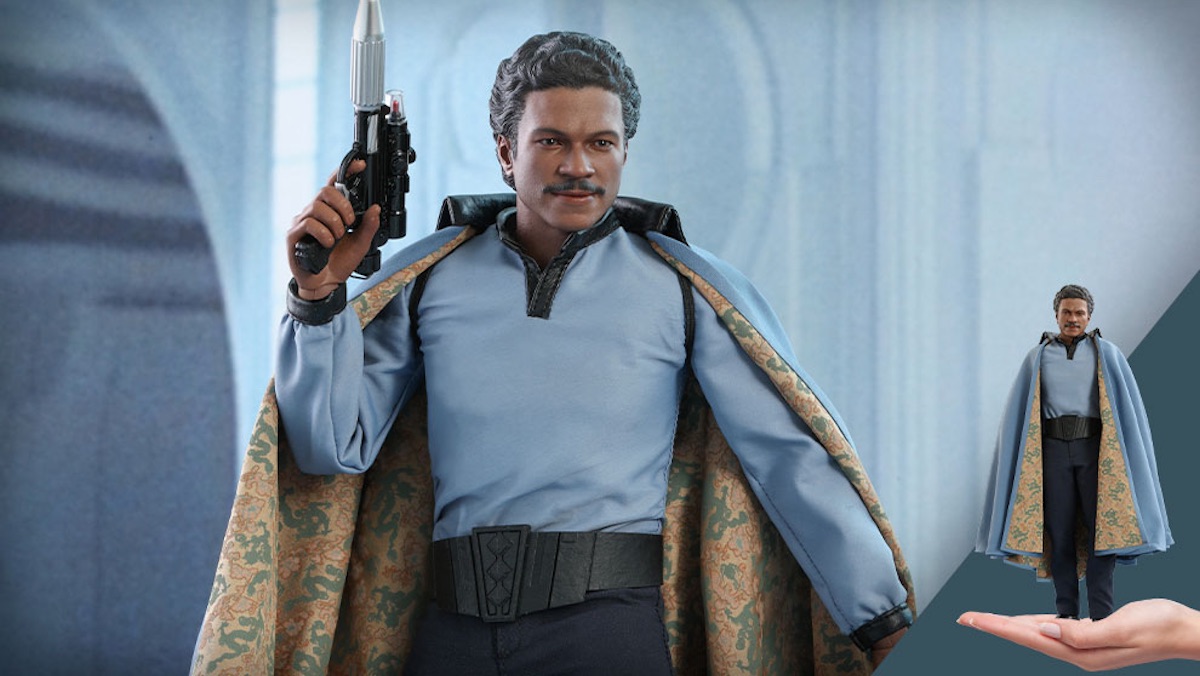 Sideshow and Hot Toys have teamed up for a new Star Wars collectible, a highly-accurate Lando Calrissian figure. It’s based on Billy Dee Williams’ first appearance in the franchise, when he was the head of Cloud City on Bespin. This Lando features a new hand-painted head sculpt and is part of the ongoing celebration of The Empire Strikes Back‘s 40th anniversary.

The 1/6th scale item has over 30 points of articulations. It stands roughly a foot tall and comes with six pieces of interchangeable hands: one pair of fist, one pair of relaxed hands, one pistol holding right hand, and one gesture right hand.
In addition to his screen accurate clothing, highlighted by his iconic cape, the hyper-realistic figure also includes two blasters, a communicator, and a wrist link. 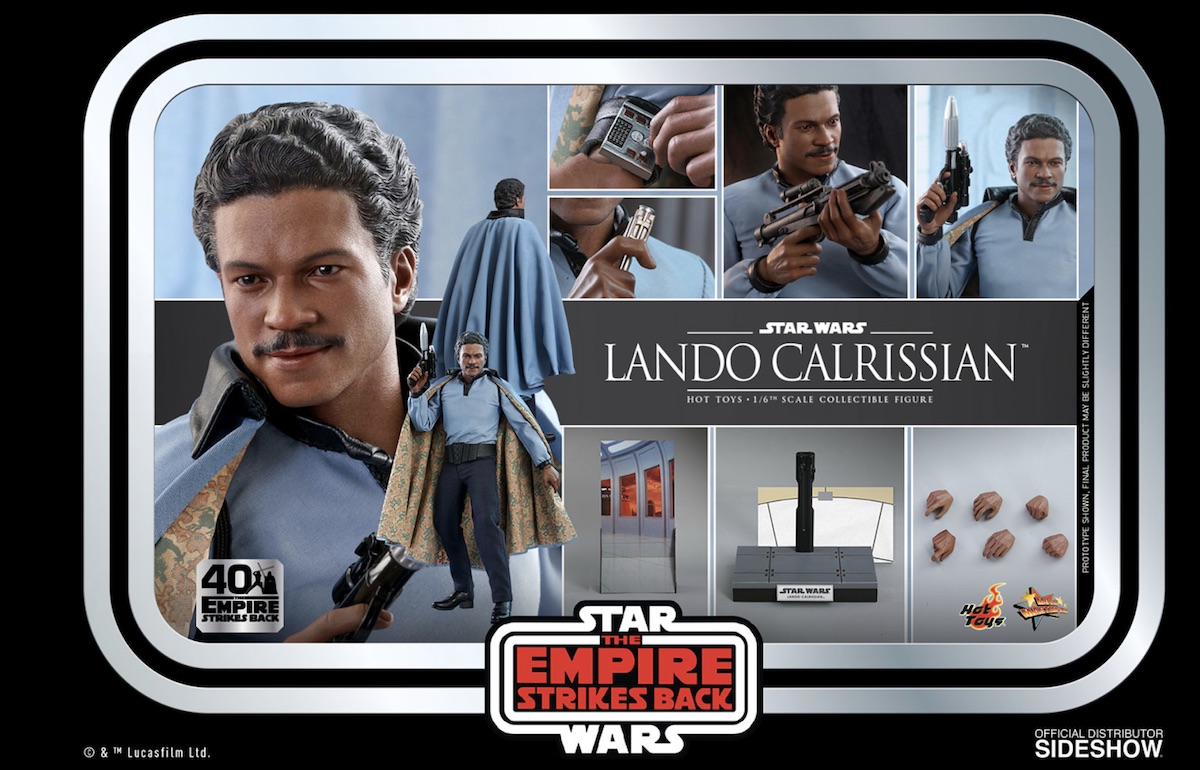 This Lando collectible also comes with a base with an attachable Cloud City backdrop. And the entire figure comes in a specially designed retro-style package. Because Lando’s style is timeless.

You can pre-order yours now for $235, but you’re going to be waiting a while. It’s estimated to begin shipping sometime between January and March 2022. But if you don’t want to wait that long you can also order Sideshow’s new Boba Fett 1/6th scale figure. It’s also based on the character’s appearance in The Empire Strikes Back. That figure, which costs $285, should arrive between January and March of next year. 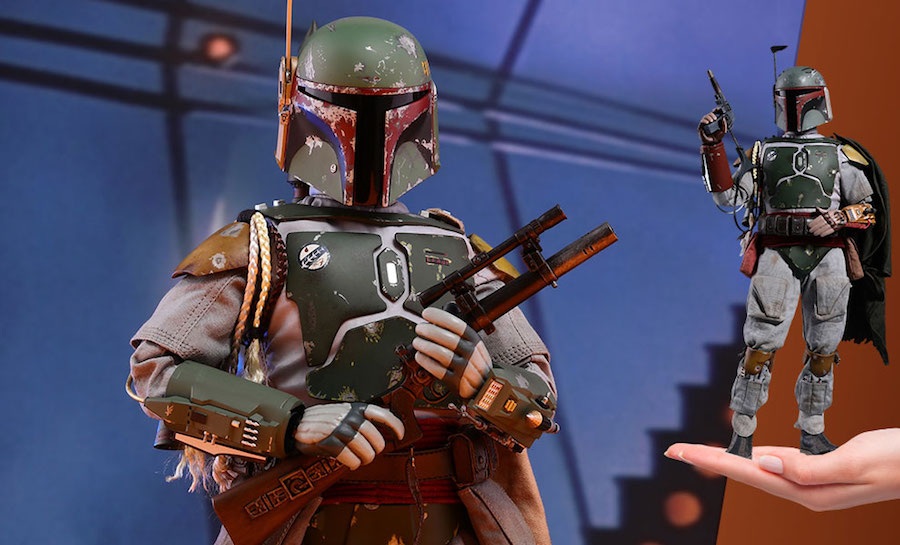 This new Boba also looks phenomenal. But, unlike Lando’s, it won’t make all of your other figures look a lot less stylish.