Everyone’s favorite dog-avenging, Continental rules-ignoring, grudge-holding assassin with a face like Ted “Theodore” Logan is finally taking form in plastic. Licensors may have steered clear of the first  John Wick due to the stomach-churning human-on-canine violence, but since the sequel doesn’t repeat that unpleasant deed, it’s time for toys, and specifically the kind that are Hot. 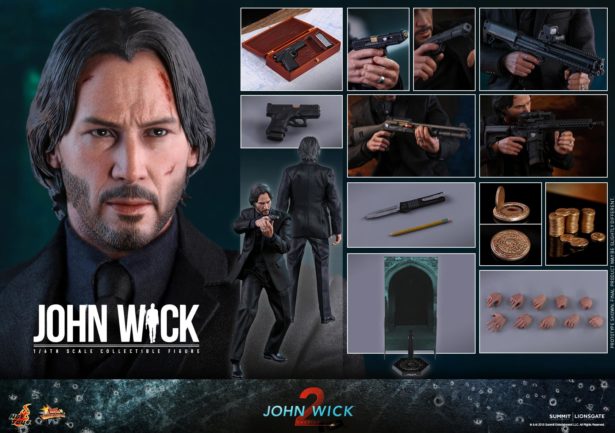 Packed with a Blood Oath medallion, multiple guns, various hands, gold coins, and a catacombs-themed backdrop, Hot Toys‘ John Wick comes loaded for business, and looking like he’s done some already. The pore-perfect Keanu Reeves head sculpt already sports some cuts and blood from the movie’s opening sequence—yeah, we’re thinking he’s back! (And that he didn’t pack a razor.) Sadly, no dog figure is included. 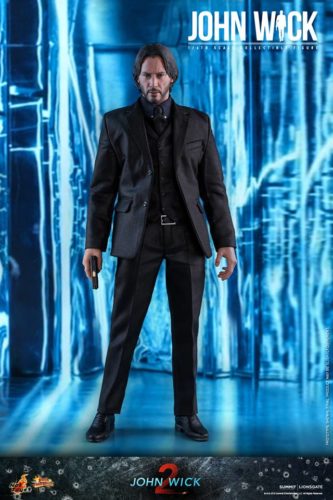 Hot Toys isn’t the only company to commemorate John Wick in plastic; Japanese company MAFEX and the U.S.-based Diamond Select Toys have their own John Wicks headed to retail later this year and next. You shouldn’t worry about how fast they’ll arrive, because Baba Yaga always finds those who need to be found.

As a bonus, since John Wick is basically just Keanu Reeves in a generic suit, you can use this figure for any of his roles you like. Been wanting a Lake House figure for years? This kinda counts! And if Bill & Ted 3 really happens, prepare yourself with a fully armed version. 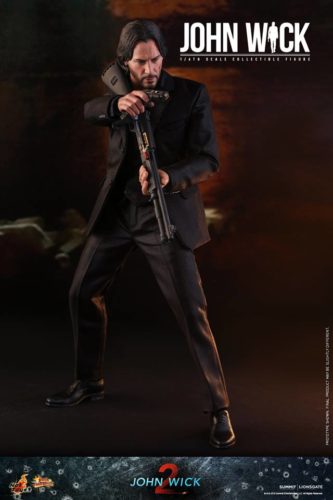 Are you interested in a fine John Wick replica? Tell us in comments.

Toys
This Huge LEGO Hulkbuster Set Is Sure to Be a Smash
Melissa T. Miller
2 MIN READ
SEE MORE