Home Alone just celebrated its 30th anniversary. Three decades after Macaulay Culkin’s Kevin McCallister lived the ultimate kid’s fantasy, the film remains a classic. It’s why Home Alone is a permanent part of our yearly Christmas movie rewatch lineup. But no amount of praise we offer the John Hughes-penned holiday staple will live up to the tribute one fan has created. He decorated his house with realistic sculptures of Kevin and the Wet Bandits.

Kevin Urrutia O’Reilly of Austin, Texas, has constructed one of the best holiday decor scenes we have ever come across. The arrangement (which we first learned about at Digg) features models of the movie’s three main characters. An armed Kevin stands ready on the ceiling of the home’s front porch with a fake rifle (it has an orange cap on it) and some strung up paint cans. Below him stand Joe Pesci and Daniel Stern’s Harry and Marv. Each of the Wet Bandits already looks much worse for the wear from their unexpected battle with Kevin. A feathered Harry has already met a blow torch. And a shoeless Marv’s face has already met the wrong end of a hot iron.

There are also additional touches around and inside the home that fans of the film will instantly recognize. That includes a Michael Jordan cutout for rocking around the Christmas tree, a “Wet Bandits Escape” framed front page, Little Nero’s pizza boxes, a giant spider, and more.

It’s not exactly a Christmas miracle the decorations have proved to be a huge hit on Reddit, where Urrutia O’Reilly also explained how he and his wife managed to make the sculptures so realistic. First, they digitally “sculpted the faces and printed them out of resin.”

The heads are “a combo of construction foam, wood filler and Bondo attached to styrofoam” painted with an airbrush. “The hair are wigs and the facial hair is worsted wool” and the bodies consist of “PVC pipe, pool noodles, cushion foam, and rebar plus some Goodwill clothing finds.”

He added that the pair “kind of made it up as we went along.” 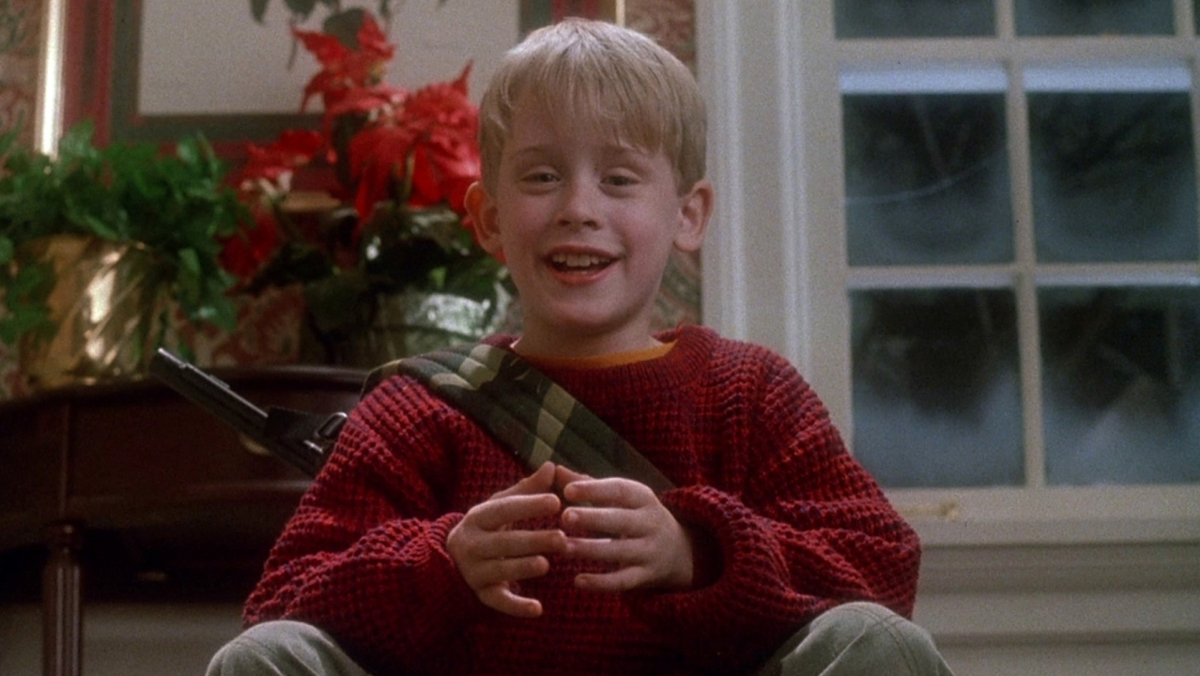 Perfect. That’s one more way this is such a fitting tribute. That’s exactly what Kevin McAllister did too.