Holy Jiffy Lube Batman! A History of the BATMOBILE in Media - Nerdist

Holy Jiffy Lube Batman! A History of the BATMOBILE in Media

Happy Batman Day, everyone! To celebrate, we’re going to take a look at one of the greatest Bat-Characters of all – THE BATMOBILE. That’s right, the 9th US Circuit Court of Appeals recently ruled that the Batmobile is a protected by copyright. That means the iconic car is just as much a character as Robin or Alfred. Since 1966, Batman’s primary form of transportation has be translated on both the small and big screen in many forms. Let’s look at its evolution.

“Atomic batteries to power! Turbines to speed!” Even though we had no idea what that meant, we knew when we heard Robin say these words that the Batmobile was about to race out of the Batcave to Police Headquarters. Based on the 1955 concept car the Lincoln Futura, the “old school” Batmobile was designed by George Barris in 1965 for the Batman series. While not technologically advanced by today’s standards (its most “batty” feature was a car phone), the car that was driven by Adam West is still one of the most iconic images in pop culture.

This is my personal favorite Batmobile. Designed by Anton Furst for 1989s Batman, it was like seeing a comic book come to life. Built using 2 spliced Impala Chassis and houses a Chevy V8, you didn’t need to know how to Bat-dance to want to get behind the wheel of this car. It has Mickey Thompson racing tires on custom wheels, making for both a powerful and fast car. Unlike its predecessor, which used the body on the Lincoln Futura, the “Keaton-Mobile” was a custom fabrication. Regardless of how dated the movie may be watching it in 2015, seeing this version of Batman driving this car could not have been more perfect. 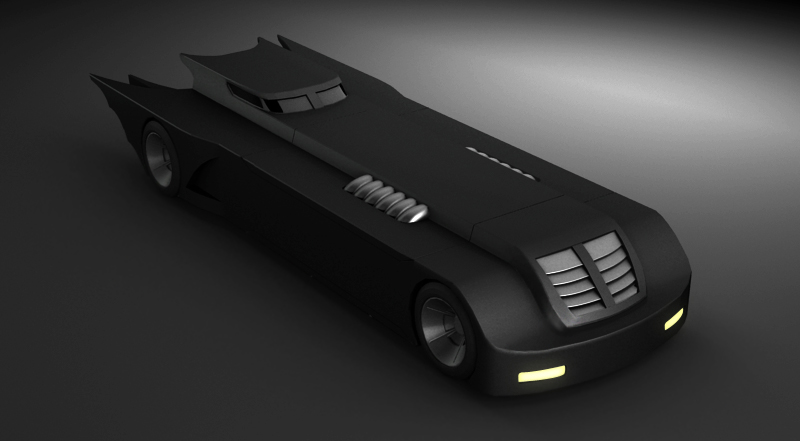 Created in 1992 for Batman: The Animated Series, this version didn’t have to worry about silly things like “practicality” or “physics.” Watching a car this long making sharp turns through the streets of Gotham signified that. The length and power of the car complimented the sleek animation and dark tone of this series. The benefit of creating a Batmobile for an animated series allowed the creators to focus more on what the Caped Crusader’s vehicle should be – an impressive, imposing, and larger than life vehicle to fit the driver behind the wheel. 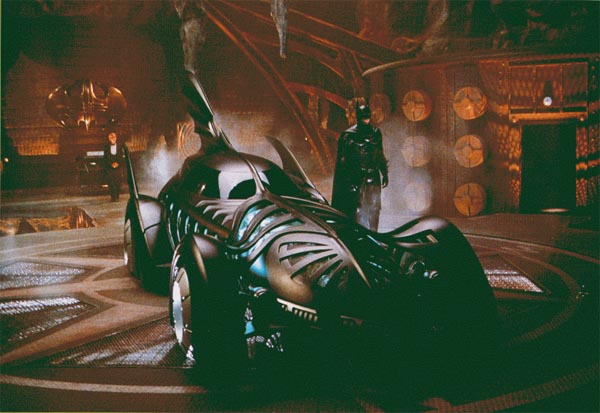 While the Burton Batmobile is like see the comic book come to life, Batman Forever and Batman and Robin took the design of the car a little too far. Going for more gaudy than imposing, these two were the perfect reflection of the campier style that Joel Schumacher created when he took the reigns of the franchise from Tim Burton. Trivia fact: The Forever Batmobile was originally supposed to be designed by H.R. Giger, the man who designed Alien. He left the project because of “creative differences.” Maybe the producers were afraid of  too much awesome racing through the movie.

When Christopher Nolan took over the franchise with 2005’s Batman Begins, realism was the name of the game. Built by Chris Corbould and Andy Smith, the Tumbler, as it was known in the films, is powered by a 500 horsepower Chevy 350 v8 and has four 44-inch Super Swamper tires on Titanium axles. Despite its girth, it can go 0-60 in 6 seconds and make unassisted jumps up to 30 feet. In 2008, he added an addition to the Tumbler, the Bat-Pod, a super-powered motorcycle that could burst forth from the vehicle when needed.

While I am a fan of what the Tumbler can DO, I am not a fan of the look. It just seems like too much is going on, regardless of its practicality. Criminals are supposed to be scared of Batman as he rides into Gotham, not confused. 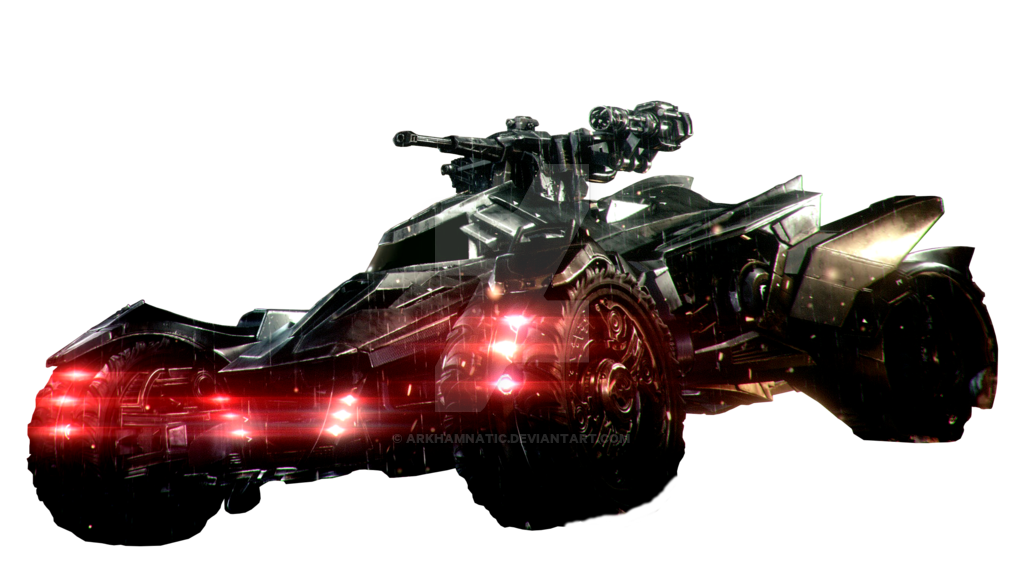 For the first time in Rocksteady’s Arkham series, players are able to drive the Batmobile. Not only are you able to race through the streets of Gotham, but when the time arises, the car transforms into massive tank when you activate battle mode. A mixture of explosive ammunition and non-lethal rounds, this version can cause the most damage with the least amount of casualties. You may despise driving down narrow streets in something that handles like a Humvee at the start of the game, but after some practice, you’ll be sliding along the road and dodging missiles like a pro – or better yet, like the Batman. 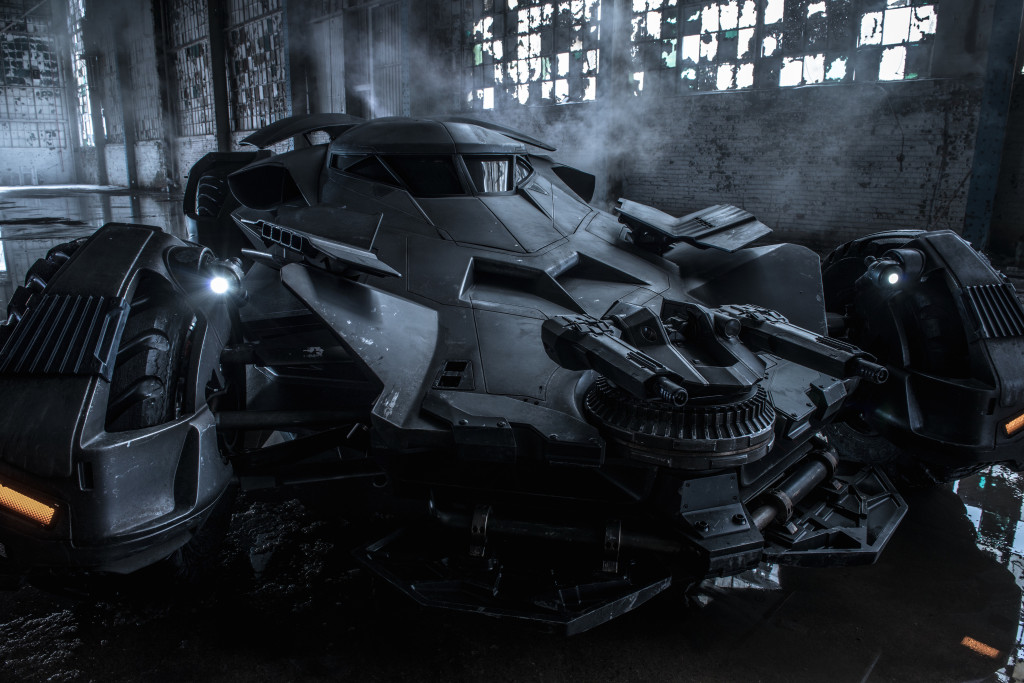 Not much is known about what the “Batfleck-mobile” can do yet since Batman v. Superman: Dawn of Justice won’t be released until March 2106. From its armored look and machine guns at the front, we can only assume it’s not messing around, but we will have to wait until next year to see if it turns to scrap metal with a solid super punch.

Batman without the Batmobile is like peanut butter without jelly. It’s just not the same. As you can see, this amazing vehicle changes with the times, just like the Caped Crusader. What do you think? Which of these Batmobiles is your favorite? Are you more partial to one in the comics? Let me know on Twitter or sound off in the comments below.