Hide a Nott O’Lantern in the Shadows This Halloween 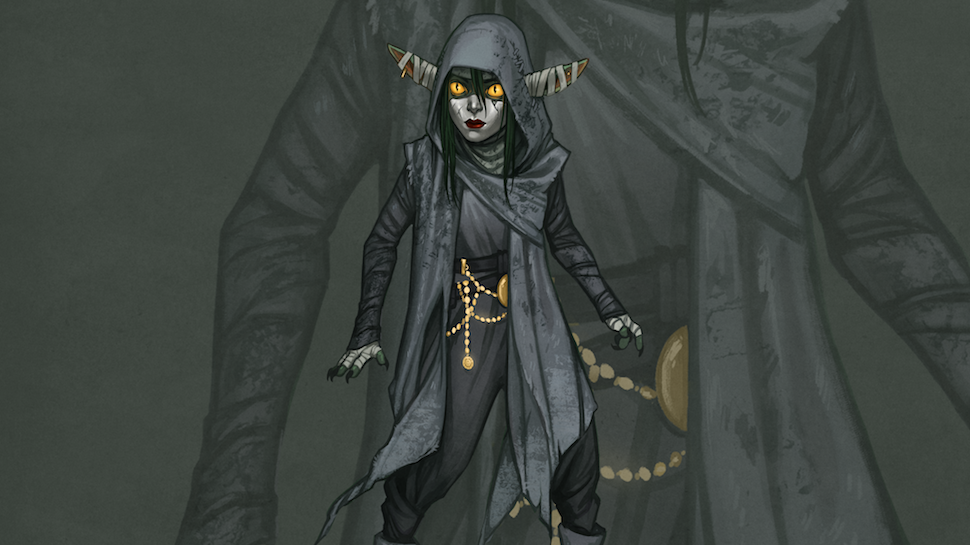 Nott the Brave knows how to find a good hiding spot, and this Halloween, she’ll be the one jumping out of the shadows to surprise your trick-or-treaters! Carve a Critical Role pumpkin for when the littlest Critters come knocking on Halloween night with this template and how-to.

Step One: Begin by carving out the pumpkin, making sure to scrape the sides to get the stringy bits cleared out as well as you can.

Step Two: Cut widely around the printed template with the scissors. Tape it to the front of the pumpkin; as you attach it, you’ll need to fold it against the side of the pumpkin. Line up the printed edges as well as you can as you fold and tape. 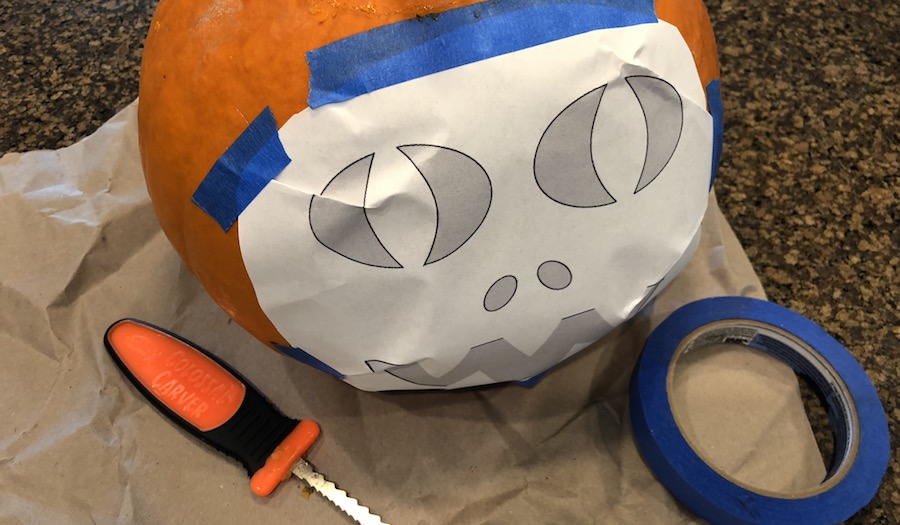 Step Three: Trace the grey edges of the design by pressing the pushpin firmly into the pumpkin. (If you push too gently, you’ll have a hard time seeing the dots later.) Trace every edge of Nott’s face, and remove the paper.

Step Four: Carve the shapes of Nott’s face using the dots you pressed into the pumpkin as a guide.

Step Five: Draw two ears shapes in the green craft foam and cut them out. Wrap them with medical tape (or simply use strips of white paper) to make Nott’s bandages. 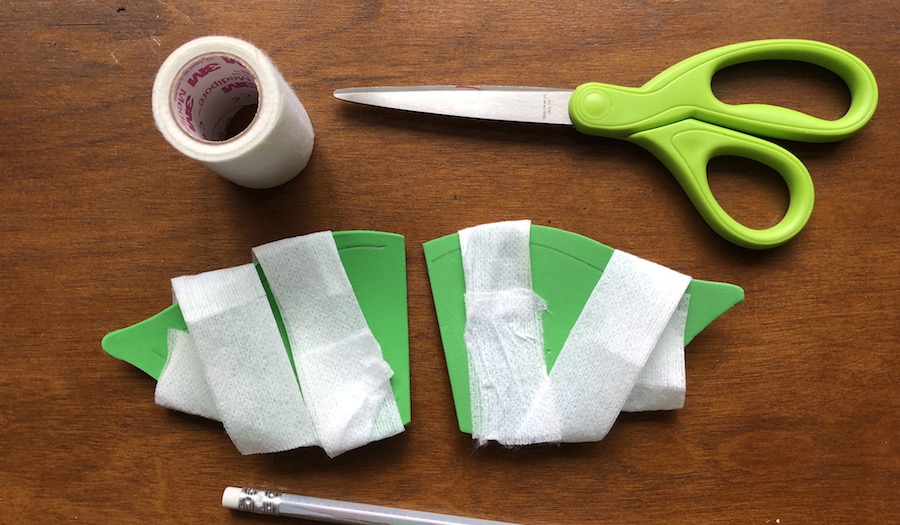 Step Six: Place the battery-powered light inside the pumpkin.

Note: Because you’ll be placing the moss and hood on top of the jack o’ lantern, do not use a lit candle.

Step Seven: Place the Spanish moss on top of the pumpkin as Nott’s hair. 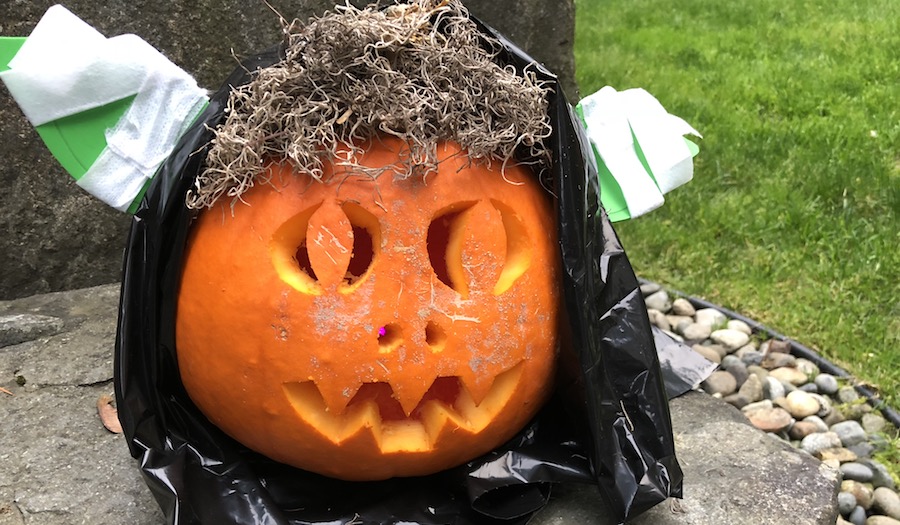 Step Eight: Cut off the top of the black trash bag and wrap it around the Nott O’ Lantern as a hood. Hot glue the two craft foam ears on either side, and your Critical Role jack o’ lantern is complete!

Are you carving a Critical Role jack o’ lantern this year? Show us in the comments or on Twitter!