This just might be the one game to rule them all. J.R.R. Tolkien’s The Lord of the Rings trilogy was completed in 1956–6o years ago this year–and to mark the anniversary, Ares Games has put together an anniversary release of the War of the Ring board game. Let’s take a look, shall we? 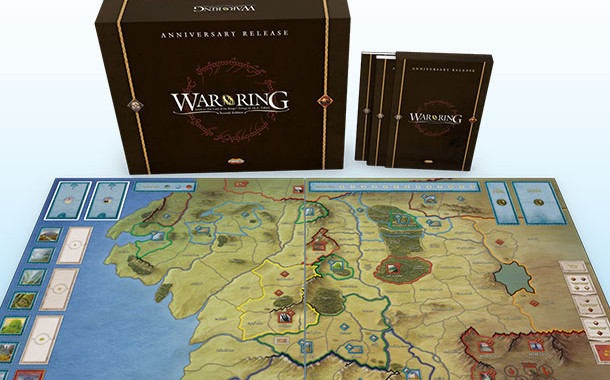 We already reviewed the original version of the game last week, which explains the basics of the game play involved in both the first and second editions of War of the Ring, so check that out for a primer on what’s in store in this board game version of Middle-earth.

But what about this spiffy anniversary edition? The anniversary-edition version is roughly 20 percent larger than the normal second edition game board, and also includes a hardcover strategy guide–War of the Ring Companion–written by Kristofer Bengtsson, with artwork by John Howe, known for his LoTR-inspired art and his work on the films. The second edition of the game was developed by Roberto Di Meglio, Marco Maggi, and Francesco Nepitello, and this anniversary edition will be include all the changes from the second edition, and will also be updated with the latest gaming rulings and other frequently asked questions.

One reason I haven’t jumped on this like Legolas on a mumakil already? The price. The game is selling for $369.00–$ 439.11, depending if you are shipping it to an EU country or not (the price is without shipping, but EU countries have an extra value added tax). That’s a pretty hefty investment for any board game enthusiast, no doubt.

OK, but if you are willing to shell out $400, what exactly are you getting for that price? Let’s take a look: 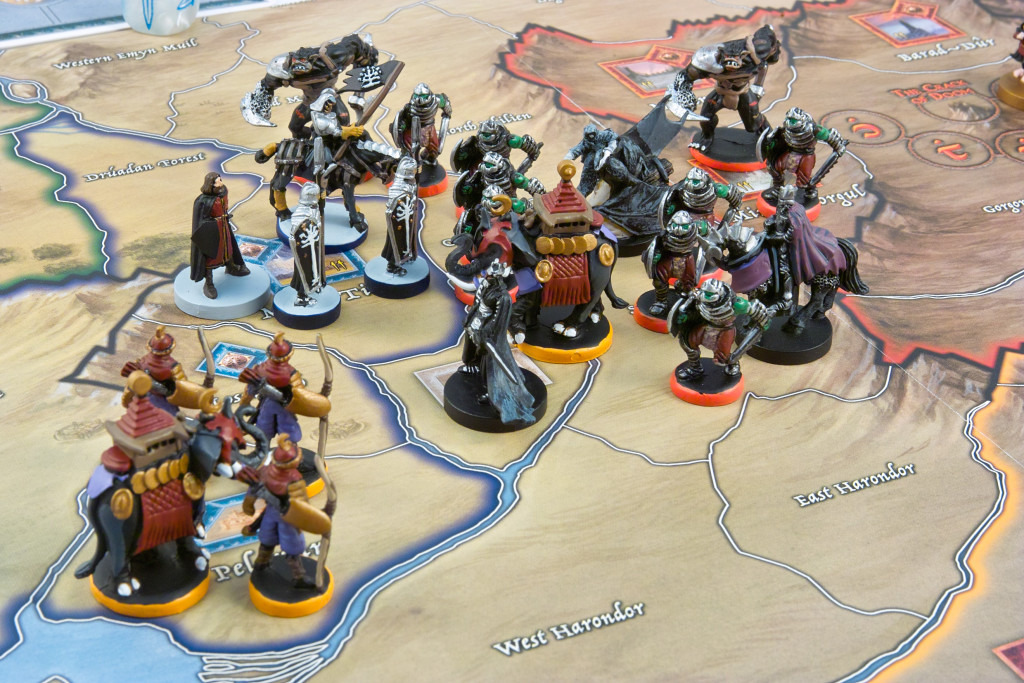 Oh, and there’s a few other details as well. The figures are all hand painted (they weren’t in the original version) and the gameboard will be hot-foil stamped. The dice will also be different colors, unique to this version of the game. 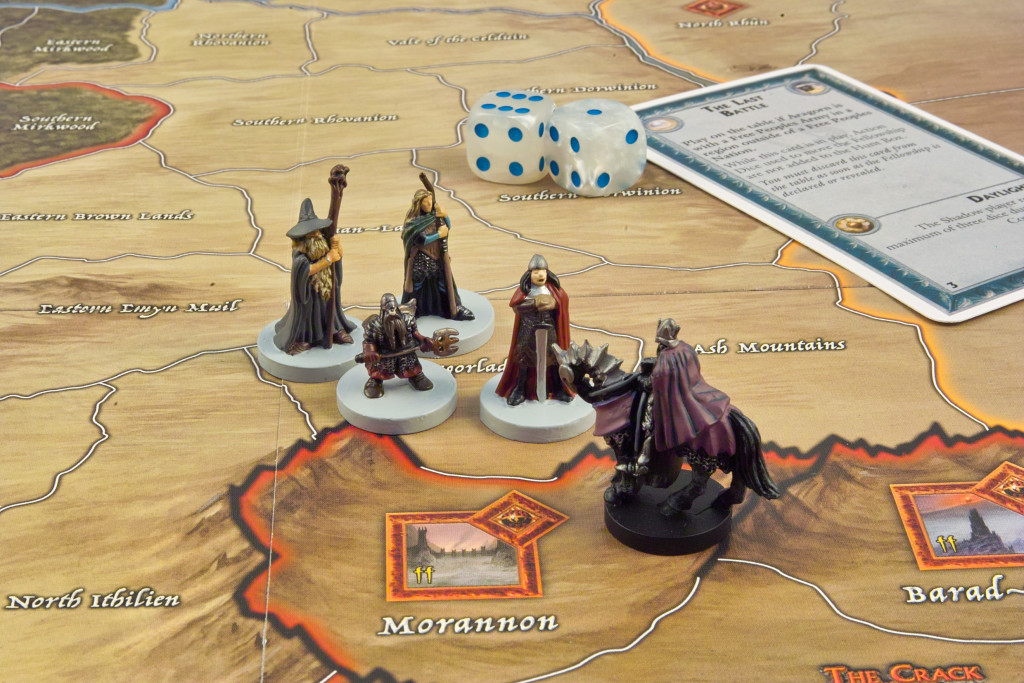 Originally announced last summer for a spring release, Ares pushed back the release of the anniversary edition to September, citing quality. The game’s production goes through five different suppliers, and Ares felt that some areas were just not quite up to snuff yet, including the packaging elements and one of the book designs. The company further explained in a posting on its site: “Due to the exclusive nature of this product, we cannot accept any compromise on its quality. At this moment, some of the pre-production components still do not have the quality we require, and we do not feel they are ready for mass-production.”

Got the money to spend? The game is still available for preorder, with an estimated release of September 15. There’s 59 left, so check it out over at the Ares store.

What are some of your favorite Lord of the Rings inspired games? Let me know in the comments below.

TAGGED: war of the ring, Lord of the Rings, Tolkien, board game