Attention, wizards and witches! It’s time to return to Hogwarts, though you’ll be traveling through your smart device rather than on the Hogwarts Express. Zynga, Warner Bros. Interactive Entertainment, and Portkey Games have teamed up to create your newest Harry Potter mobile game obsession: Harry Potter: Puzzles & Spells. This interactive game allows you to travel through the Wizarding World while visiting your favorite landmarks along the way. And you can do so all while representing your house.

The recently announced Harry Potter: Puzzles & Spells has released its first official trailer (see above), so you can get a look at gameplay. Portkey stated in a press release, “From platform nine and three-quarters and Diagon Alley, to the Hogwarts Express and the Grand Staircase, this first video takes players on an advance tour of some of the beloved settings they will visit as they progress through the puzzle game-play.”

This isn’t the first Harry Potter themed game from the minds of Portkey Games. In 2018, they released the mobile game Harry Potter: Hogwarts Mystery. It allowed players to roleplay as a student at Hogwarts School of Witchcraft and Wizardry. Puzzles & Spells will expand beyond Hogwarts and travel to more of the Wizarding World, including Hogsmeade and Diagon Alley. 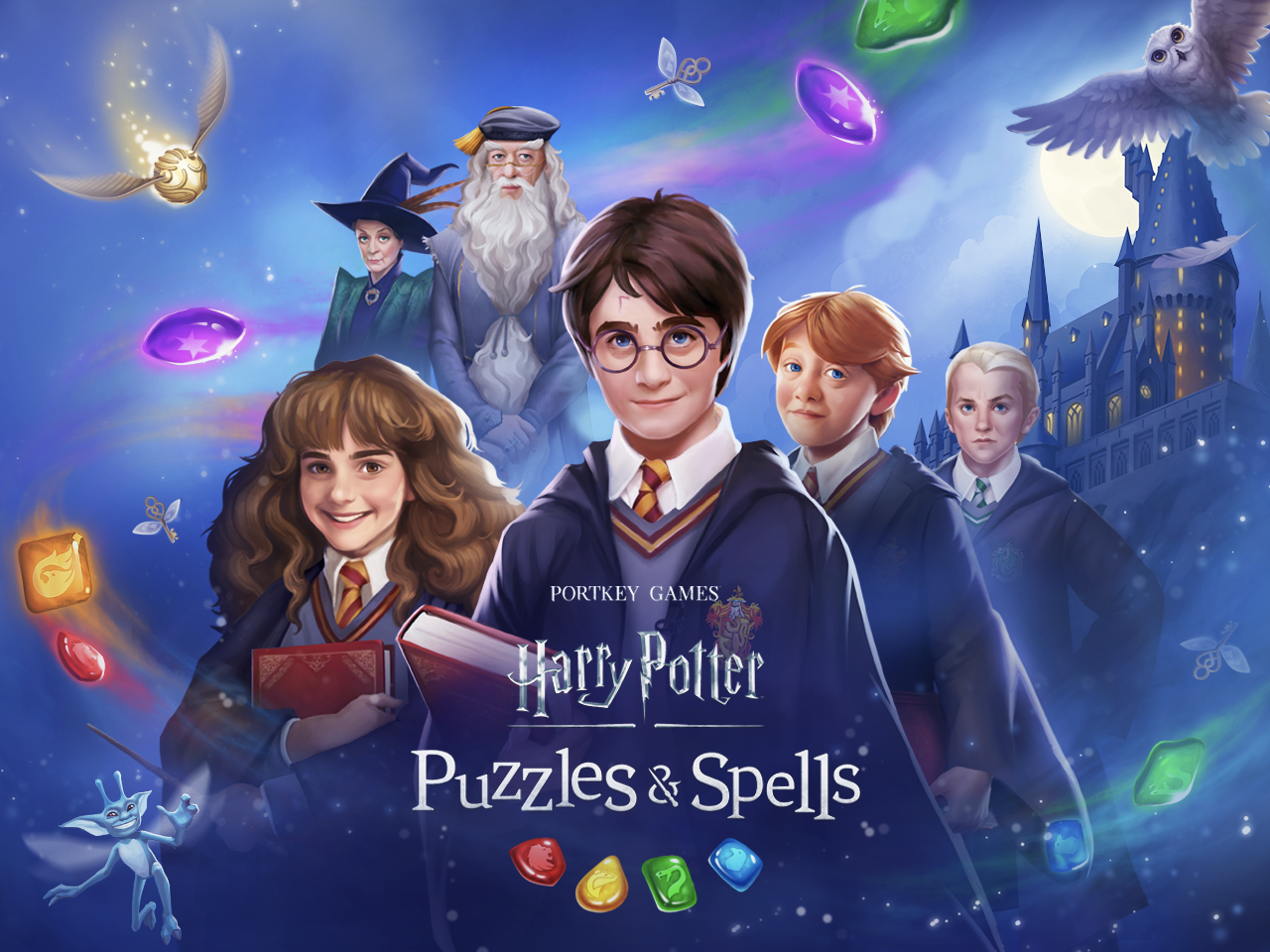 Harry Potter: Puzzles & Spells boasts giving players the chance to master spells, outsmart challenges, and explore the Wizarding World all while completing matching puzzles. They’ll get to use potions, spells, and other magic abilities to progress through levels. Plus, players can expect to encounter the most iconic moments and memorable faces from the original Harry Potter films. The key art shows the main trio—Harry, Hermione, and Ron—as well as Draco and Professors Dumbledore and McGonagall.

Though Zynga has soft-launched Puzzles & Spells in some parts of the world, they haven’t announced an official release date yet. Stay tuned.