A HARRY POTTER Knitting Book Is Coming in 2020 - Nerdist

A HARRY POTTER Knitting Book Is Coming in 2020

The wonderful world of Harry Potter merchandise goes far beyond figures and T-shirts. It includes everything from suitcases to robes to wonderfully fancy dinner plates to full on bedroom sets for a full Potter home. Now, the magic is expanding to knitting with Harry Potter: Knitting Magic—the official Harry Potter knitting pattern book by Tanis Gray. The writer has already published 9 knitting books and over 500 designs on top of working with the infamous Martha Stewart, HBO, and Vogue Knitting (yes, that’s a thing), so it’s safe to say she’s a great leader for this creative adventure. Harry Potter: Knitting Magic is packed with 200+ pages with 28 patterns for costume pieces, clothes, and other items pulled directly from the movies.

Knitters can gather their needles and create Hogwarts house scarves and cardigans, an adorable Hedwig, Cornish Pixie, Fluffy the Three-Headed Dog, Beauxbatons Academy of Magic Capelet, mini sorting hats, and even those infamous Christmas sweaters courtesy of Mrs. Weasley among other things. The projects have several different skill-set levels, which makes this book a win for both beginners and expert knitters across different age groups. Of course, a person who knows zero about knitting might want to do some YouTube research before they dive into making Harry Potter greatness, but they can still grab this book for future projects. It’s always the right time to start on a new Hogwarts sweater. 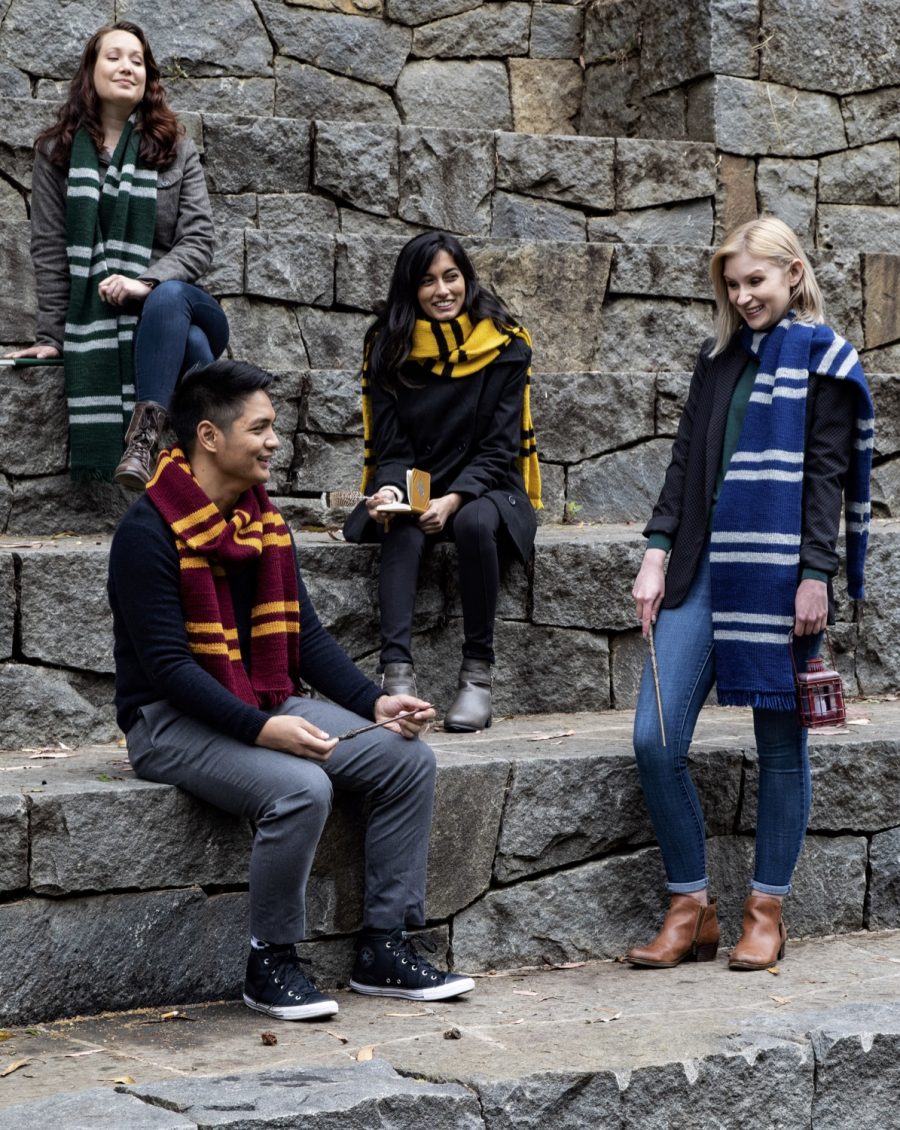 The designs in Harry Potter: Knitting Magic could be an interesting way to show some Potter pride by sneaking in some quiet cosplay into an ordinary look. Or, perhaps these knitted creations will be a cool addition to a cosplayer’s arsenal of looks. Harry Potter: Knitting Magic also includes costume sketches, stills from the film for reference, behind-the-scenes “treasures,” and fun facts to thrill Potterheads. So it doubles over as a solid collector’s item for those fans who can’t stop adding new things to their mountain of stuff. There’s no judgement here, especially since this knitting guide looks pretty awesome.

Harry Potter: Knitting Magic seems like perfect Christmas gift for any Hogwarts loving person who also happens to be an avid knitter. But even the greatest spell nor the most powerful witch won’t make it suddenly materialize before the end of this decade. Harry Potter: Knitting Magic doesn’t go on sale until January 28, 2020, but everyone can hop over to the website and pre-order a copy right now. Fans will need something to occupy their time on those lonely and cold winter nights so why not whip up a few impressive creations. After all, knitting is kinda its own form of wizardry, right?

Harry Potter: Knitting Magic is ready to combine your knitting prowess with your fandom fave for double the fun. Whip up your Slytherin scarf, Hedwig, and a few other Instagram-worthy items in your spare time to let the world know how much you still love this series. It’s time to make those movie looks with tons of yard, knitting needles, and a lot of determination.