Hannah Gadsby is back! Audiences were unsure if she would perform again after her Netflix comedy special Nanette. To be fair, the comedian said she was quitting comedy in that very special. Luckily for us, that’s not the case. The Australian comic received a Peabody Award for the 2018 Netflix special, and now she’s back on stage. She named her new comedy special Douglas after her eldest dog. Check out the new trailer, dropped on May 12, right here:

Set for a May 26 worldwide launch on Netflix, Gadsby began touring Douglas last year in Melbourne. The North American leg of the tour hit San Francisco in April 2019 with an off-broadway run in New York that summer. Filmed in Los Angeles, Gadsby’s second special is sure to surprise audiences once again. Netflix states, “You can expect your expectations to be set and met by Douglas: a tour from the dog park to the renaissance and back guided by one of comedy’s most sparkling and surprising minds.”

Nanette was a hit with audiences and critics with its half comedy special, half intimate storytelling format. The show won not only a Peabody Award, but the Outstanding Writing for a Variety Special Emmy and the Just For Laughs’ Special of the Year prize. 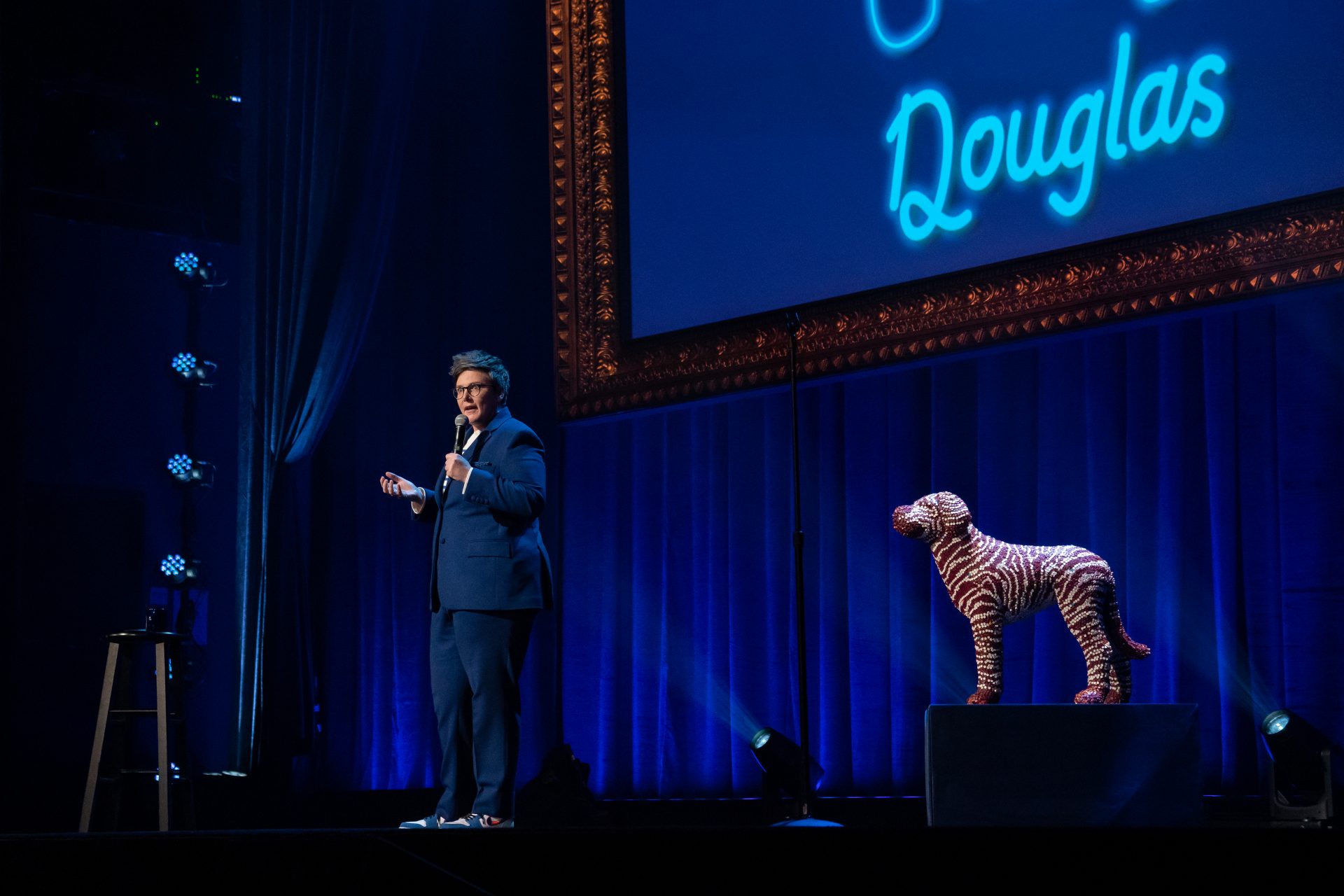 Gadsby originally announced her second special back in May 2019 during the FYSee panel discussing her 2018 Netflix special Nanette. “I’m so excited to announce today that Douglas will be released on Netflix in 2020,” Gadsby said about the special in a press release in April. “I’m really enjoying touring with the live performance, but there will be places in the world that I won’t be able to visit, so it’s wonderful that Netflix will bring the show to every corner of the globe.”

I’m pretty excited to announce that my new special "Douglas" will be streaming on @netflixisajoke starting May 26. Be sure to mark it in your socially-distant calendars...then wash your hands. pic.twitter.com/qxYRAkwV7t