Watch a Cute Lumpy Piece of Clay Work Out

Although it’s been quite a while since many of us got a great workout in—we could blame 2020, so we will—it’s probably time to hit the weights again. For inspiration, here’s a claymation video from YouTuber Guldies of a weird, squishy “Strong Boi” busting out overhead-press reps. And don’t let the dastardly ending scare you; just let it be a reminder to focus on form, not the possibility of braining yourself with a barbell.

Laughing Squid picked up on Guldies’ new claymation video, which the YouTuber posted to his channel. For those unfamiliar, Guldies, a.k.a. Alexander Unger, is a Swedish animator with a penchant for stop-motion animation. Previously, Unger’s made countless other shorts like this one. And racked up more than 600 million views doing so.

For this video, simply dubbed, “STRONG BOI!!!,” Unger’s made a little, blob-tastic person-thing—which has appeared in many other Unger videos, and carries the name, “Trixter”—who performs a few repetitions of overhead press before the plates fall off the barbell and onto his feet. After the weight plates squish his feet, the barbell then falls and splits Trixter’s dome in two.

Although the video’s almost a full minute long, the actual claymation only lasts about ten seconds. Unger spends the remainder of the video showing how he made the brief claymation. And while it’s hard to say for sure, it’s possible this ten-second clip took months to make. (Tech Insider has reportedly previously that Unger spends months on his shorts.) 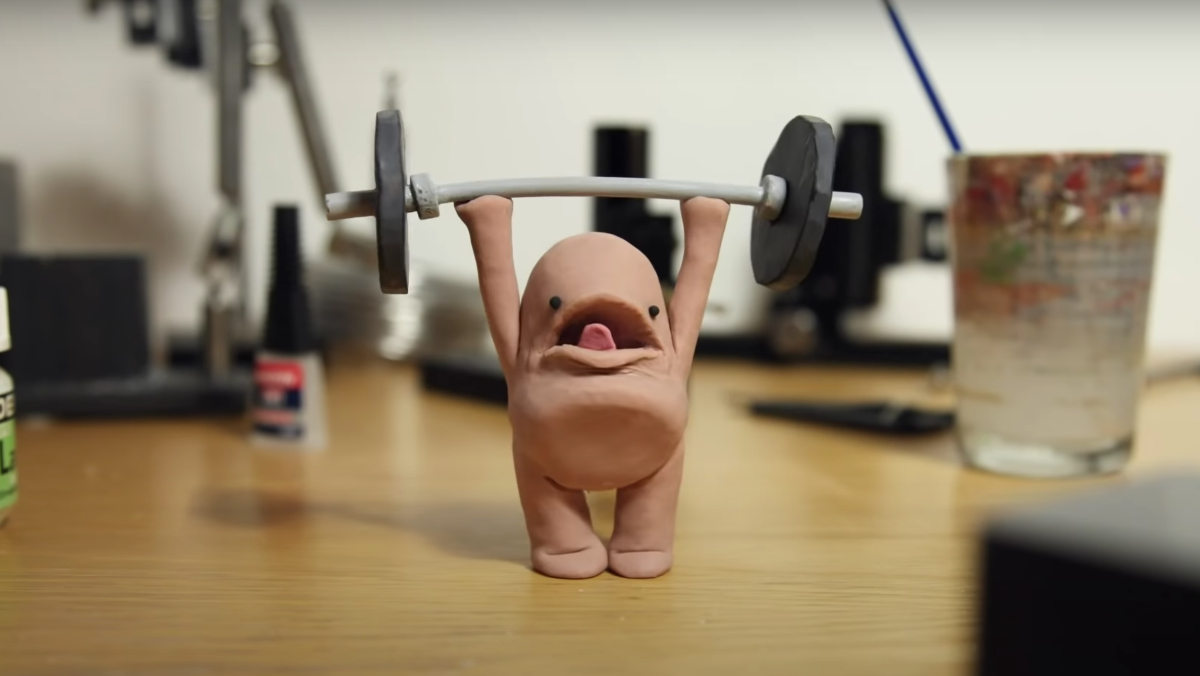 Anybody now in the mood for more claymation rather than more exercise should check out Unger’s channel. There are also, of course, a ton of other talented claymation artists out there. And even a series of Rick and Morty Claymation videos Adult Swim released back at the end of 2019. You know, just before we absolutely had to take a long time off from working out.