I’m no expert when it comes to  Guitar Hero. I usually played on “hard.” Poorly. I could never come close to mastering the game. My stubby fingers are not ideal for quickly moving between notes, whether they’re played on actual strings or with five buttons on a guitar-shaped controller. It’s why I find this video of a true expert totally nailing one of the most notoriously difficult songs in the video game‘s history at a whopping 165 percent speed to be absolutely mesmerizing. It looks like something only an android could do in a sci-fi movie.

This video (that we first saw thanks to Reddit user u/Abadaccount99) comes from UK YouTuber GHAddict. He gives a flawless performance of “Through the Fire and Flames” by DragonForce. That would be impressive enough just on the normal expert setting. The song is considered to be among—if not “thee”— hardest tracks in the Guitar Hero franchise’s history. But that’s a challenge for mere mortals. He ramped up the speed of the track to a dizzying 165 percent speed, which he claims is a world record. Without any proof we’re going to say it definitely is. 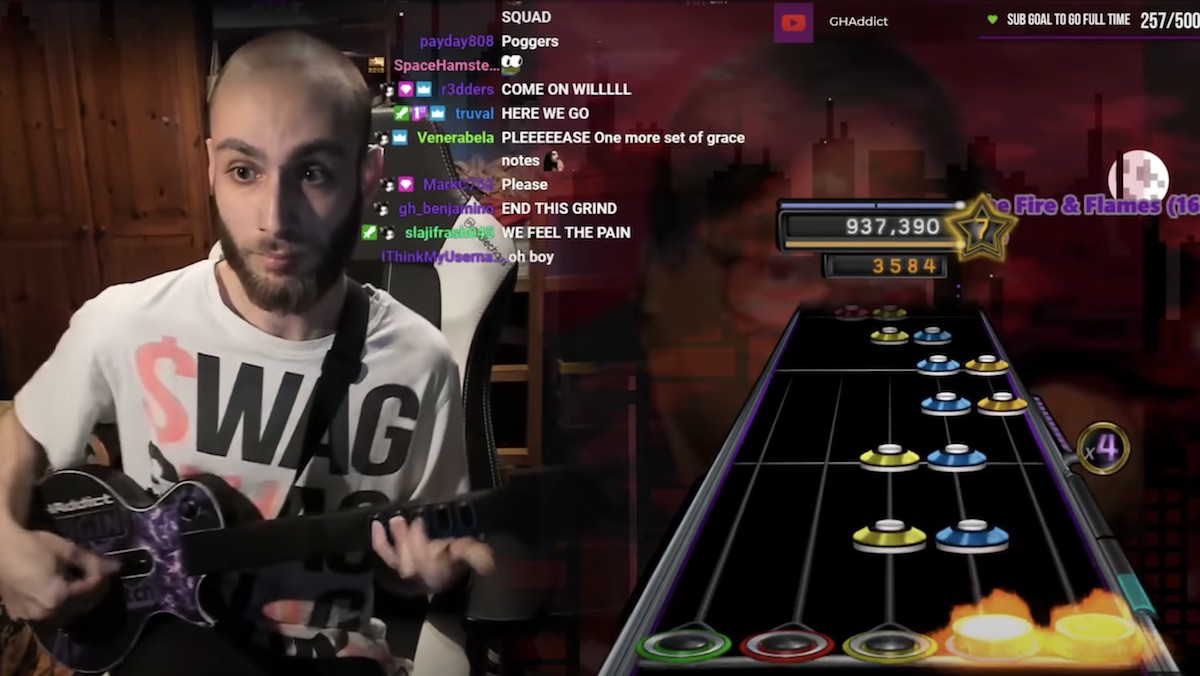 And, oh yeah, he’s also reading comments and chatting with viewers while he’s doing it! I forgot to blink when I saw this the first time! This whole thing only gets more impressive/insane when you realize how fast the actual song is.

His fingers and hands are moving so fast here I can’t think of any other human activities to compare this too. The only thing this resembles is when a robot in a movie or TV show manages to type like 600 words per minute, something physically impossible for a person. Even while watching it it looks like it can’t be done. I couldn’t do it at -165 percent speed.

At least my stubby fingers can type fast enough to write about it.