Games Workshop, publisher of miniature wargames such as Warhammer 40,000 and Warhammer Age of Sigmar, isn’t the first thing that comes to mind when it comes to creating games and universes that are kid-friendly. The expansive lore of the universes contains rather mature themes including bloodthirsty demons and warriors, ritual sacrifice and torture, and the grand (and formative) tale of Warhammer 40K: The Horus Heresy. (It’s the story of the worst dad ever and how terribly dysfunctional his sons are because of it, waging war against each other and tearing the universe apart as a result, with several sons ascending to daemonhood and one becoming a bureaucrat. Come at me, Ultramarines players.) 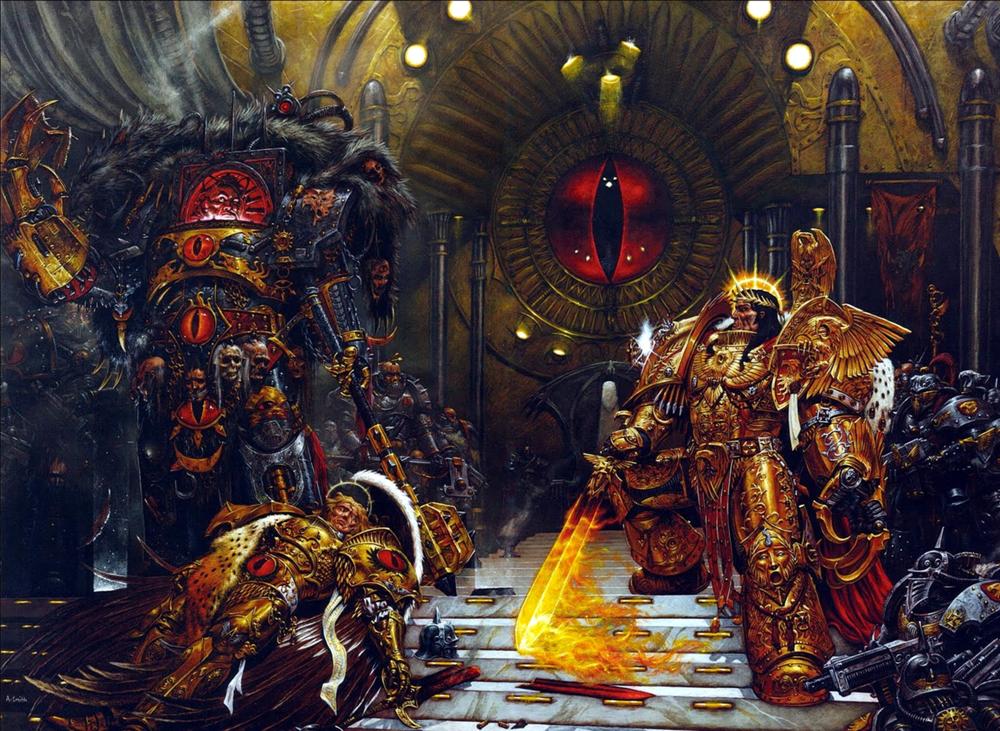 That doesn’t mean the stories contained in these worlds are bland tales. Novels published by Games Workshop’s fiction division, Black Library, run the gamut of engrossing fiction. Eisenhorn and Gaunt’s Ghosts set in the universe of 40K are compelling stories: the former being a science-fiction version of Breaking Bad, where readers follow the story of an upright demon-hunting Inquisitor and the trials that change him, and the latter being an epic series (currently encompassing 15 books, with more to come) that reads like Band of Brothers, but where the soldiers carry laser guns and are fighting robots, aliens, and demons.

There is only war, after all.

As beloved as my Black Library collection is, these are stories I would not feel comfortable sharing with my 9-year old daughter. We play Warhammer Underworlds: Shadespire together, she loves painting miniatures, but I’ve never truly introduced her to the expansive lore of the games we play that I love simply because there weren’t stories appropriate for her.

That is, until now. 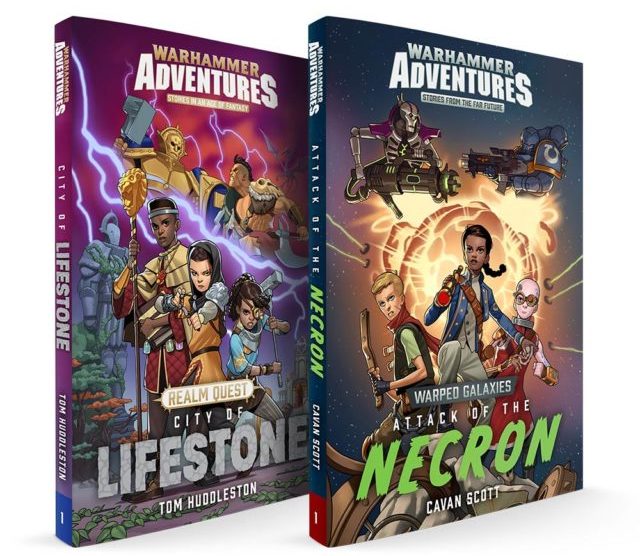 Warhammer Adventures is a new undertaking by Games Workshop, introducing the universes of their games to younger readers. As they said in their announcement:

“Warhammer Adventures is an exciting new range of books coming next year for boys and girls aged 8-12 years old featuring younger protagonists having thrilling adventures and facing off against dangerous enemies. […] The first title for Warhammer Age of Sigmar will be Realm Quest: The City of Lifestone by Tom Huddleston, and the first title for Warhammer 40,000 will be Warped Galaxies: Attack of the Necron by Cavan Scott. Both Tom and Cavan have written extensively for younger readers, including collaborating on a popular Star Wars series.”

One thing that is most exciting is seeing the stories of these through the perspective of “little people” – not just children, but those who are essentially civilians in this world, and how they find their own paths in a world besieged by war. Furthermore, the representation of diversity in these books is one more example of Games Workshop making good on statements they’ve made about making their universes more inclusive: seeing young women, visible minorities and even a character with a prosthetic arm frame (because his arm is paralyzed) as protagonists in the stories of this universe is extremely heartening.

I’m hoping many gamers and readers will be as excited as I am about Warhammer Adventures. It seems like an ideal way to introduce the games and universes I love to younger audiences with the age-appropriate material.

Are you a fan of Black Library? What’s your favorite story? Tell us in the comments below!