I can honestly say I never once thought about what the inside of a tire looks like. My concerns have always been making sure they have enough air and tread so I can safely drive on them. And, of course, how much they cost to replace. But I now know that my lack of curiosity kept me from appreciating just how effective tires really are. Because this video of one with a GoPro camera inside shows there’s a lot more going on inside a tire than I ever would have guessed.

This video (which we first came across at Jalopnik) comes from the YouTube channel Warped Perception. They removed a tire from its rim and mounted a GoPro inside to record what it looks like in there when driving.

They then took the car onto both smooth and bumpy paths to see how each impacted the tire, while also turning at higher speeds. The result is both serene and strange. It’s like jumping to hyperspace in slow-mo. And while I didn’t have any expectations for what this might look like, I never would have predicted their are so many small pieces of debris bouncing around in there. A tire is effective when it’s completely sealed, and drivers have to worry about external forces piercing it. I took it for granted there was nothing inside but air. 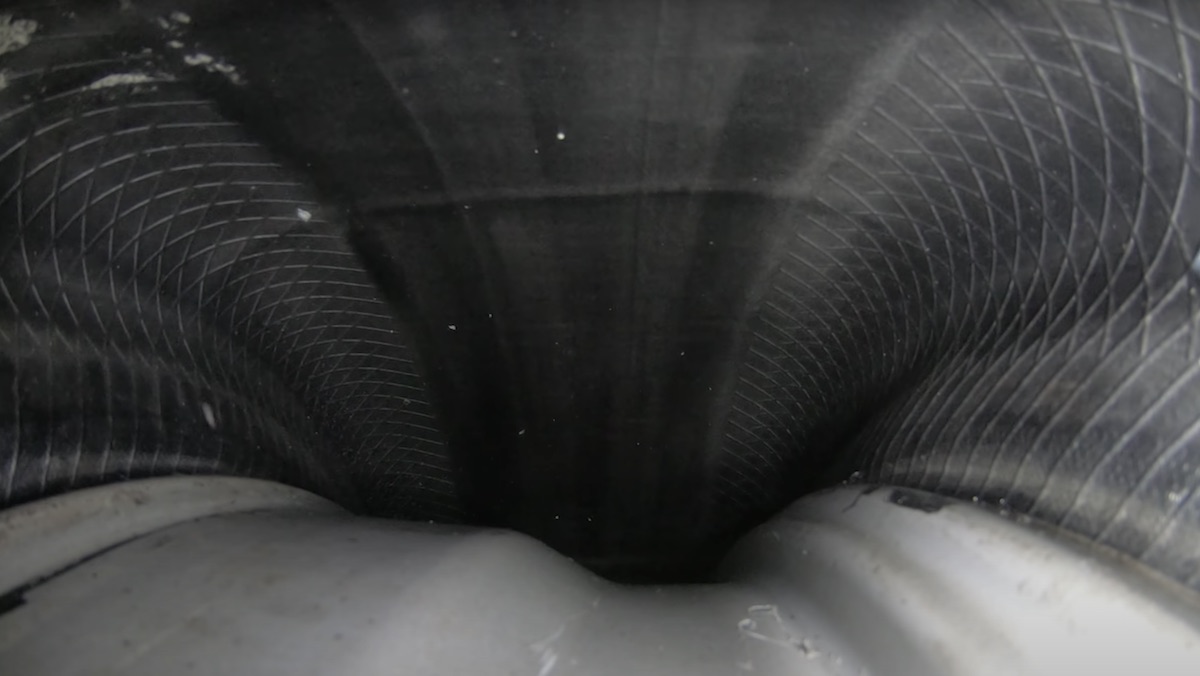 I also never appreciated just how much give a tire has. Yes, it’s rubber, but a full one barely movies when you push on it. This video highlights how tires handle the pressure of holding up a moving two-ton automobile. It also shows why they explode if you over inflate them.

But the coolest part might be what a tire looks like when you deflate one. The air rushes out in a scene that looks like a great Mission: Impossible moment.

I never thought about the inside of a tire before. But now that I’ve seen what it looks like I’ll never stop thinking about it.