Before smartphones gave us the ability to take instant portraits of ourselves, people had to pay professional artists to paint them while they endured countless hours sitting perfectly still–like savages. Those original selfies were works of art, and while they were more time consuming, that’s why they’ll be filling museums throughout the world long after we delete all of our own pictures to create more space on our phones. But even though most of our mugs will never be studied by art students, we can now find which classic portrait most resembles us, thanks to a Google app that matches selfies with real paintings. 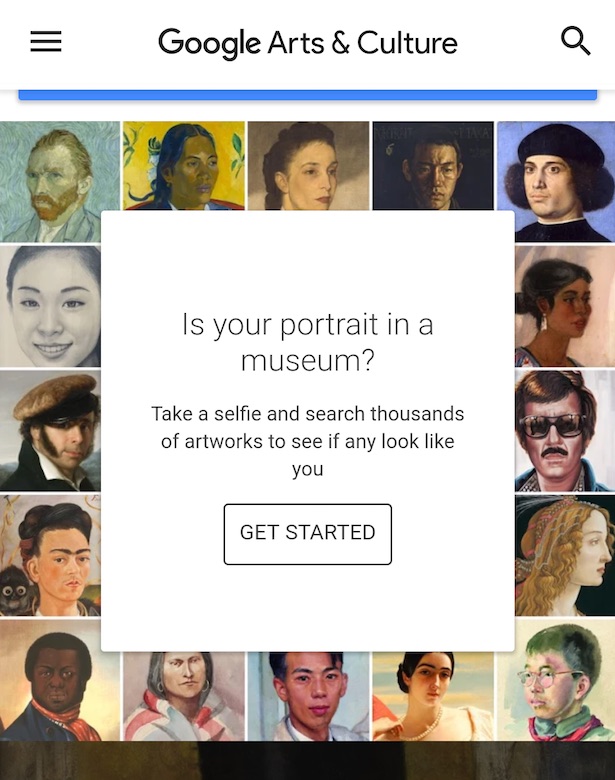 The Google Arts and Culture app has a feature–that we learned about at Bustle–which lets you snap a new selfie (you can’t use a preexisting photo) that it then matches with a painting currently hanging in some art gallery around the world. It’s a way to promote the works of their museum partners. The app will even give you a percentage on how much you “match” that portrait, though it seems very difficult to get a high number (mine was 56%).It’s fun to play around with selfies from different angles or expression, but don’t take all of the results too seriously. Because despite currently sporting a beard and looking like an unwashed caveman when I tried it the first few times, I managed to get both “Head of a Young Man” by Peter Paul Reubens and “Portrait of a Lady” by Lesser Ury. 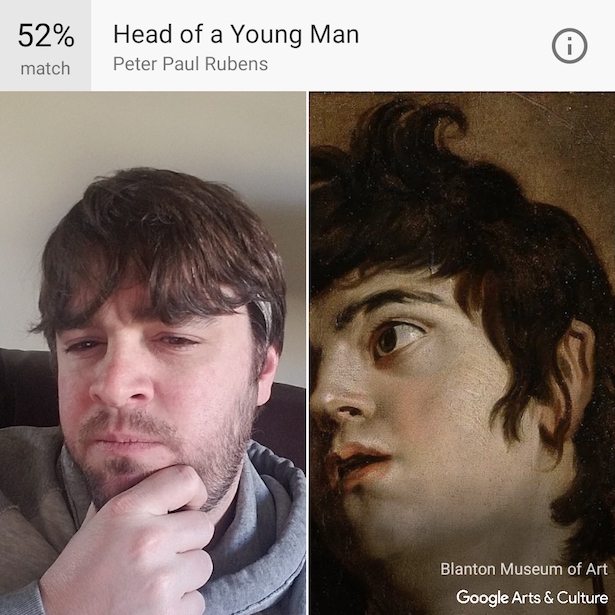 UNCANNY.But you know what? When combining the percentages for both the “Young Man” and the “Lady” came out to almost a 100% match, which as far as I’m concerned means my face should be hanging in two galleries.And I only had to sit still for like three seconds.We want to see your results, so find out who your painting double is and share it with us in the comments below or show it to us on Twitter at @nerdist.

Create with more stories about art!