Most of mankind is hunkering down at home and practicing safe social distancing. It’s the most effective way we can all protect each other from COVID-19. But that doesn’t mean it’s easy to stay indoors all day, every day. It’s exhausting. That’s why sometimes it feels like a demon is whispering into our ear, saying it would be fine to head to the beach. But that’s not what an actual demon wants us to do at all. Even Good Omens‘ Crowley is staying off the streets, despite being incredibly bored. We know because he told his old friend Aziraphale in a new “Lockdown” video written by Neil Gaiman and featuring the voices of Michael Sheen and David Tennant. It’s a social distancing celebration of the novel’s 30th anniversary.

Gaiman shared an all-new, timely video created for the anniversary of him and the late Terry Pratchett’s beloved novel. In it, Sheen and Tenant, the stars of the BBC and Amazon’s Good Omen series, return to voice the angel and demon who helped save the world from the Apocalypse. Like everyone else on Earth, they’re also dealing with COVID-19 restrictions, and stuck talking to their friends on the phone.

The active Crowley, predictably, is frustrated by not being able to go out. Despite being a demon, his boredom is not reason enough for him to break quarantine and cause mischief. As he said to his friend, “People might follow my bad example and get ill, even die.” Plus, everyone is so miserable now already, how could he make it any worse?

Good Omens the book is 30. This is our present to all of you. It's to make people happy, because too many of us are sad. #GoodOmens30 https://t.co/3q4FVnj3tq

But Aziraphale has found quarantine suits him and his tastes very well. Literally. In addition to catching up on a lot of reading at his bookshop, he’s also been baking his way through many of his cookbooks. It’s easier when you can “miracle” any ingredients you need.

And even though they are both immune to disease and illness, Aziraphale wants to set a good example by staying away from his friend. We should really listen to him, too. The pair have literally lived through every plague that has ever happened. There are no greater experts on how to survive a pandemic. 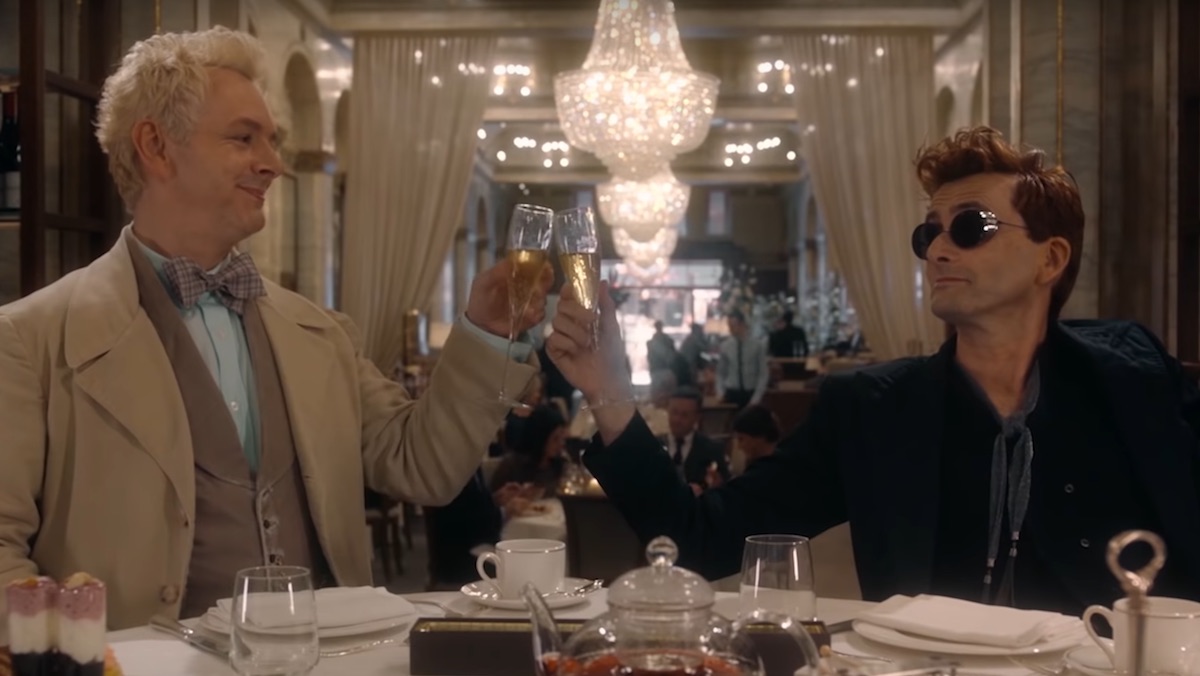 We do wish we could take after Crowley in one way. We’d love to close our eyes and take a nap until July.