Vikings Played Board Games In The Afterlife - Nerdist

Vikings Played Board Games In The Afterlife

You may think Vikings are all yelling and anger, but actually, they’re just like us. Well, not exactly like us, but they did enjoy board games as much as we do. In an article recently published in the European Journal of Archaeology, Mark Hall, a curator at the Perth Museum, states that at least 36 boat burials of Vikings were discovered to have board games included with the bodies. Here’s a depiction of a boat burial discovered in Orkney, an island off the coast of Scotland. 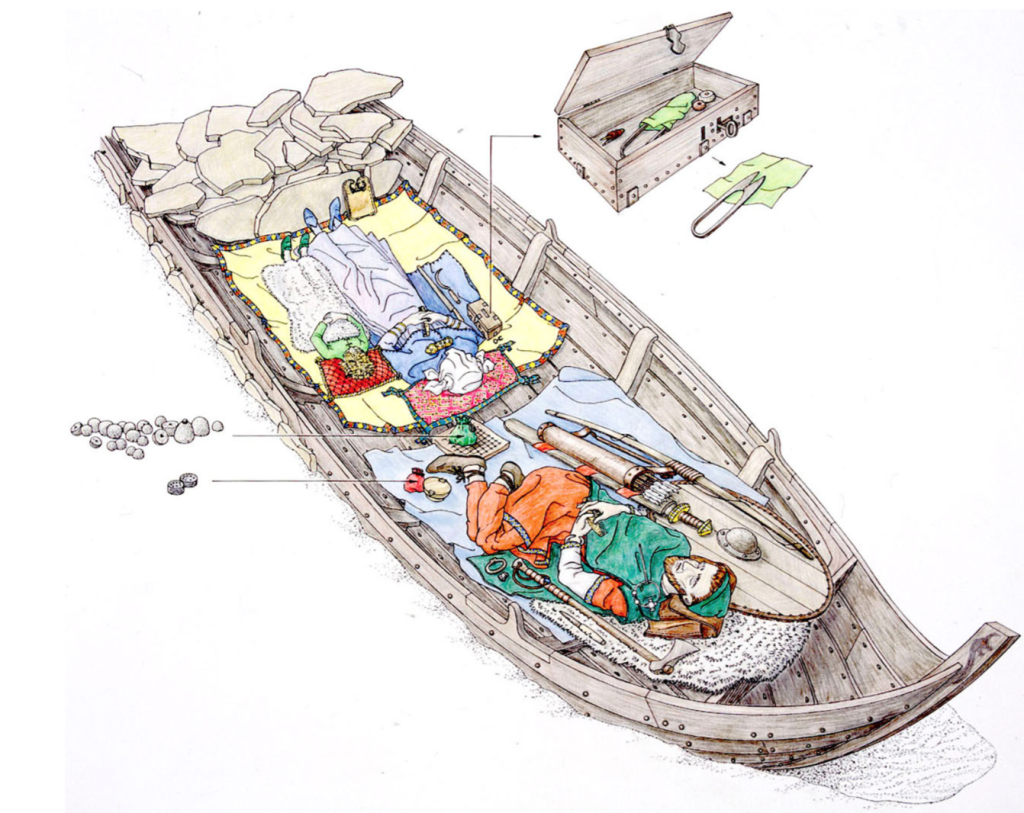 So why did they include these board games within the burial boats? Hall notes that “in life, strategic thinking and fighting ability were fundamental to success on the gaming board and such success accentuated the status of a warrior.” Because of this, “placing the gaming kit in the grave served to remember or commemorate that status and skill and to make it available for the deceased in the afterlife.” Okay, so that’s actually really cool.

One boat buried sometime in the 9th century had a body, 25 game pieces carved from bone, and a die. Other discovered boats contained game boards, pieces carved of whale bone, and figurines. While it’s a nice idea to imagine these Vikings meeting up and having a game night, these board games also provided important benefits for those Vikings trapped on ships while they were still alive. Hall states that in Viking days, “board games allowed social bonding, supported diplomacy, and relieved boredom.” Hey, that sounds familiar. So the next time you’re enjoying a good board game, remember that Vikings love board games too–whether they’re alive or not.

So, are Vikings playing board games in the afterlife? Let us know what you think in the comments!

Image Credits: Historic Scotland via the European Journal of Archaeology