The post holiday season is often a dead zone for triple AAA titles. Lara Croft has already raided those tombs, the soldiers have answered their call of duty, and The Commonwealth has been traversed. Luckily, this off-season lull is finally being filled with indie games releases (The Witness) and HD remasters (Resident Evil Zero), and console re-releases, like the one we’re talking about today. With that in mind, we’re revisiting one of the best indie games ever, now available for consoles: Gone Home. It’s time to go back… to the nineties! 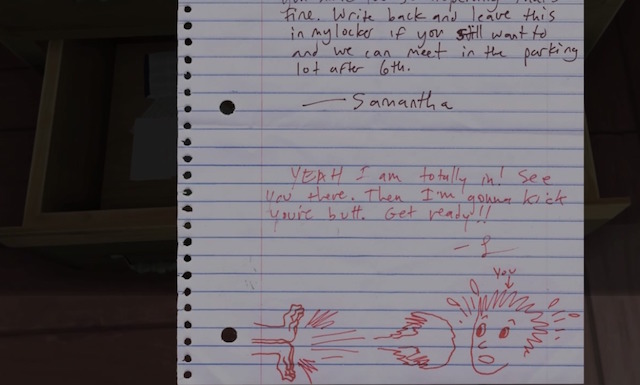 Originally released for PC back in 2013, The Fulbright Company’s much beloved title is a first-person adventure that was ahead of its time with nineties-period flavor (not counting all of those games that actually came out in the 90s) and an unmatched story centered around a suburban family.

Upon returning from an extended vacation across Europe, college student Katie Greenbriar discovers her home empty (well, empty of people, anyways). The weather is dark and stormy, and the year is 1995: VHS is the best way to watch movies, audio cassettes are great for making mix tapes, and social media is done via paper letters passed back and forth between classmates. Alone in a large Victorian home, players will search every nook and cranny in attempt to figure what happened to the rest of Greenbriar clan; Katie’s teenage sister, Sam, and her parents.

The main goal is to find out what happened to her sister over the year that Katie was away. Sam’s letters, homework, and journal entries are like jigsaw pieces that are in need of assembly. Over the course of the three hours it takes to complete, the game reveals an intimate sense of who the Greenbriar’s are, but in a bigger way, it’s a snapshot of any American family living in the pre-the digital age. 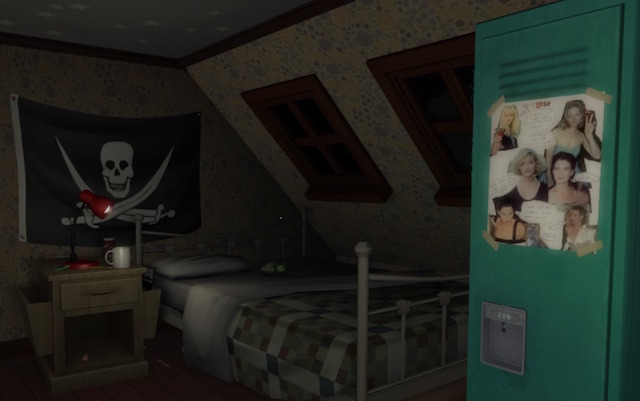 Nostalgia is a huge part of what makes going from room to room such a pleasure. Most games have to teach players how to handle a gun or operate other complex machinery. Here, the strength of the gameplay is how ordinary and intuitive everything feels.

A clap of thunder at just the right time and a subtle creek in the floorboards creates a palpable sense of unease, but instead of jumpscares or lengthy exposition, the drama quietly unfolds throughout the game. A locker adorned with magazine cutouts of Twin Peaks and Beverly Hills 90210 photos says more about Sam than a cutscene would, and looking at vinyl collection in the den or going through a file cabinet with unpaid bills feels intimate, like the player is prying into someone’s personal life. That lingering feeling isn’t easy to shake off. 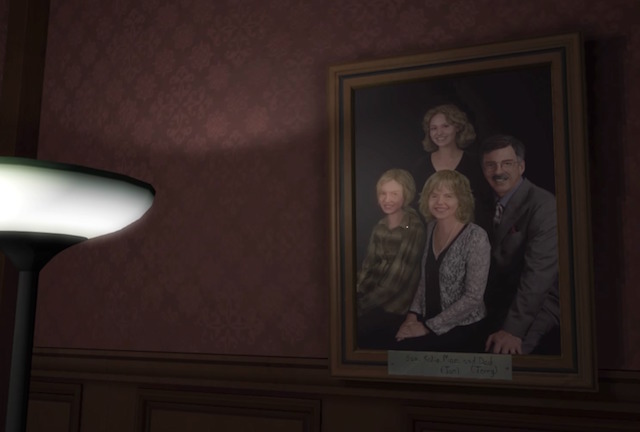 As a game, Gone Home isn’t interested in button-mashing, and there are no character stats to be leveled up. There are a few puzzles, but they are easy to figure out. Players can complete the campaign super fast if that is their thing. In fact, once you’ve experienced this story properly, there’s even an achievement for beating the game in less than a minute. While that might be a novel way to run through it, that’s really not the point. Gone Home remains a digital connection to an analog world.

All image credit: The Fullbright Company