It’s not exactly a secret that Mechagodzilla will factor into the upcoming Godzilla vs. Kong. But a new teaser for the film really plays up his appearance. Legendary Pictures, Warner Bros., and Toho released a trailer titled “Salvation” over the weekend. And though most of the footage is stuff we’ve already seen, it ends with a glimpse of some familiar-looking red eyes. Let’s take a look.

Yeah, that’s Mechagodzilla alright. And again, his appearance isn’t really a surprise. Eagle-eyed fans spotted him in the first trailer for Godzilla vs. Kong. He even appears in official merchandise for the upcoming movie. But it’s still exciting as hell to see him get just a tease in a piece of promotional material. His involvement in Godzilla vs. Kong teases a whole new layer to the monster flick than just a simple big boy showdown.

Mechagodzilla first appeared in the 1974 film Godzilla vs. Mechagodzilla. In that film, he’s an extraterrestrial foe of the eponymous giant lizard. In subsequent iterations, he’s usually a manmade threat. The robotic character, along with Ghidorah, is considered one of Godzilla’s primary foes. So seeing him here? It’s got us super hyped, to say the least. 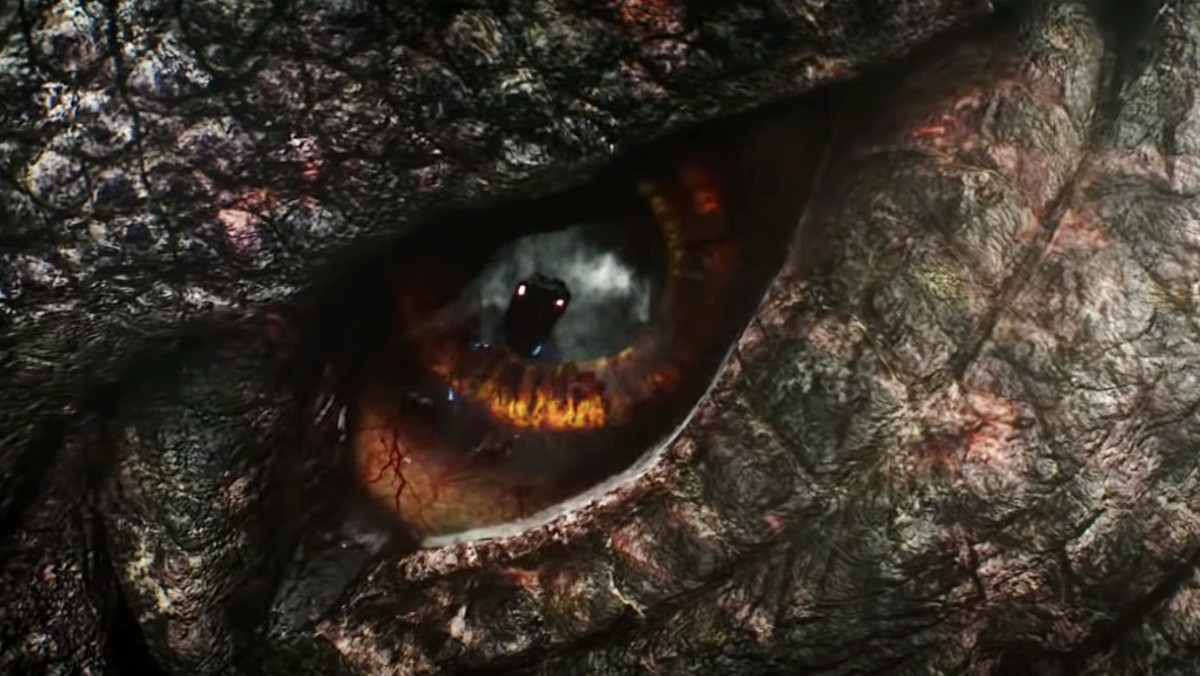 Recently, Godzilla vs. Kong director Adam Wingard also hyped up the appearance of Mechagodzilla in his film. He took to Instagram to pose with the aforementioned toy version of the character. “The cat’s out of the bag,” he labeled the photo. Some will call this a spoiler, but honestly, we’ve all known this was coming for a while, so it’s kind of nice to see the filmmakers just acknowledge it out in the open instead of playing coy.

Godzilla vs. Kong is so close now we can almost taste it. The epic showdown arrives in theaters and will stream on HBO Max on March 31. That’s next week!