In 2013, paleontologist John-Paul Hodnett stumbled upon a 300-million-year-old fossil near Albuquerque, New Mexico. The fossil revealed a complete skeleton of a 6.7-foot-long shark with powerful jaws and long fin spines; an appearance that earned the creature the nickname, Godzilla shark. Now, finally—after eight years—the Godzilla shark has a real, taxonomic name. Although it’s not nearly as cool.

Smithsonian Magazine reported on the official naming, which comes following years of work to clean and stabilize the fossil. The researchers, working at a lab at the New Mexico Museum of Natural History & Science (NMMNHS), also compared CT scans of the fossil to those of other ancient sharks in an effort to identify it. 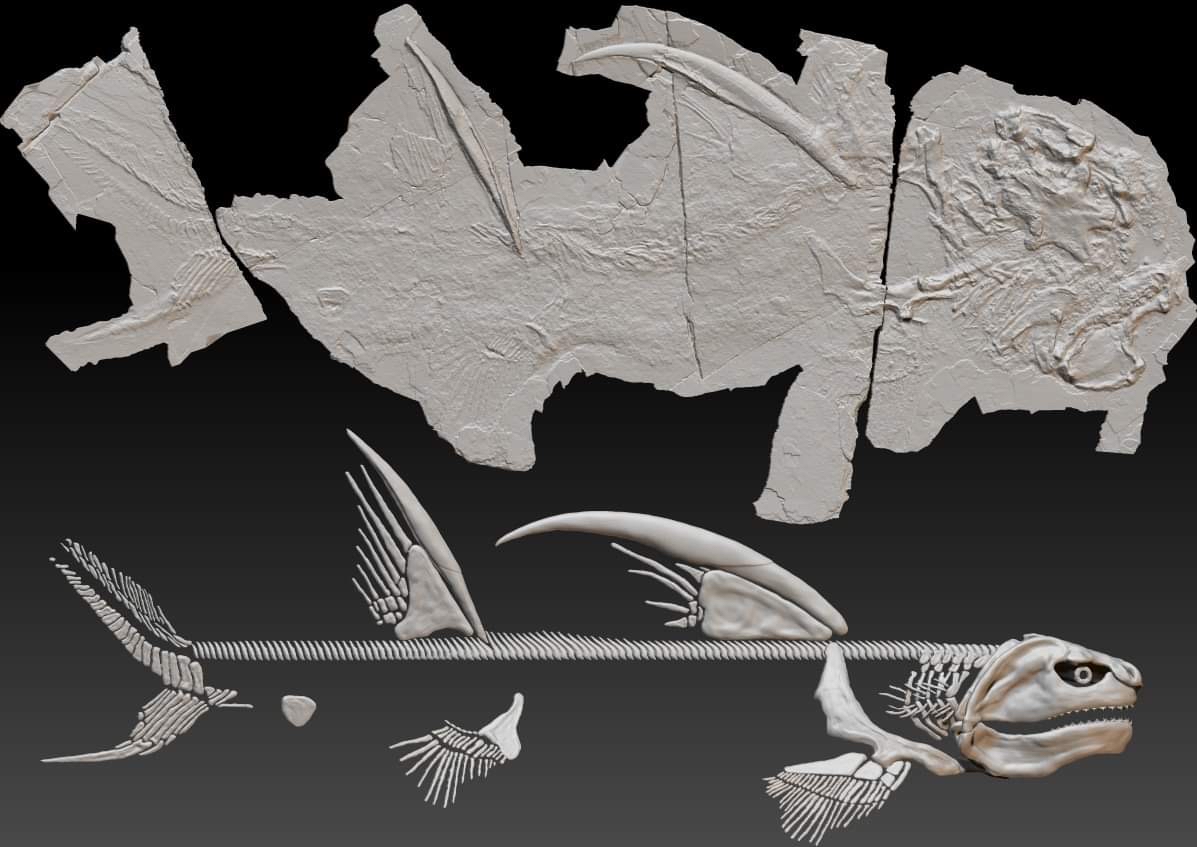 As for the official name? It’s Dracopristis hoffmanorum. Which, let’s be honest, isn’t even a tenth as cool as Godzilla Shark. Although it could maybe be a monster from, say, Hellboy? The name’s literal translation, “Hoffman’s Dragon Shark,” is indeed quite excellent, however .

Hodnett et al. say that Dracopristis is a new kind of ctenacanth shark. Ctenacanthus, now extinct, was a genus of shark that thrived during the early Carboniferous; a geological epoch that spanned from approximately 360 to 298 million years ago. Like Dracopristis, other ctenacanth sharks have been found in North America (as well as Scotland), and also have the long fin spines signature of species in the genus; Dracopristis‘ are 2.5 feet long. 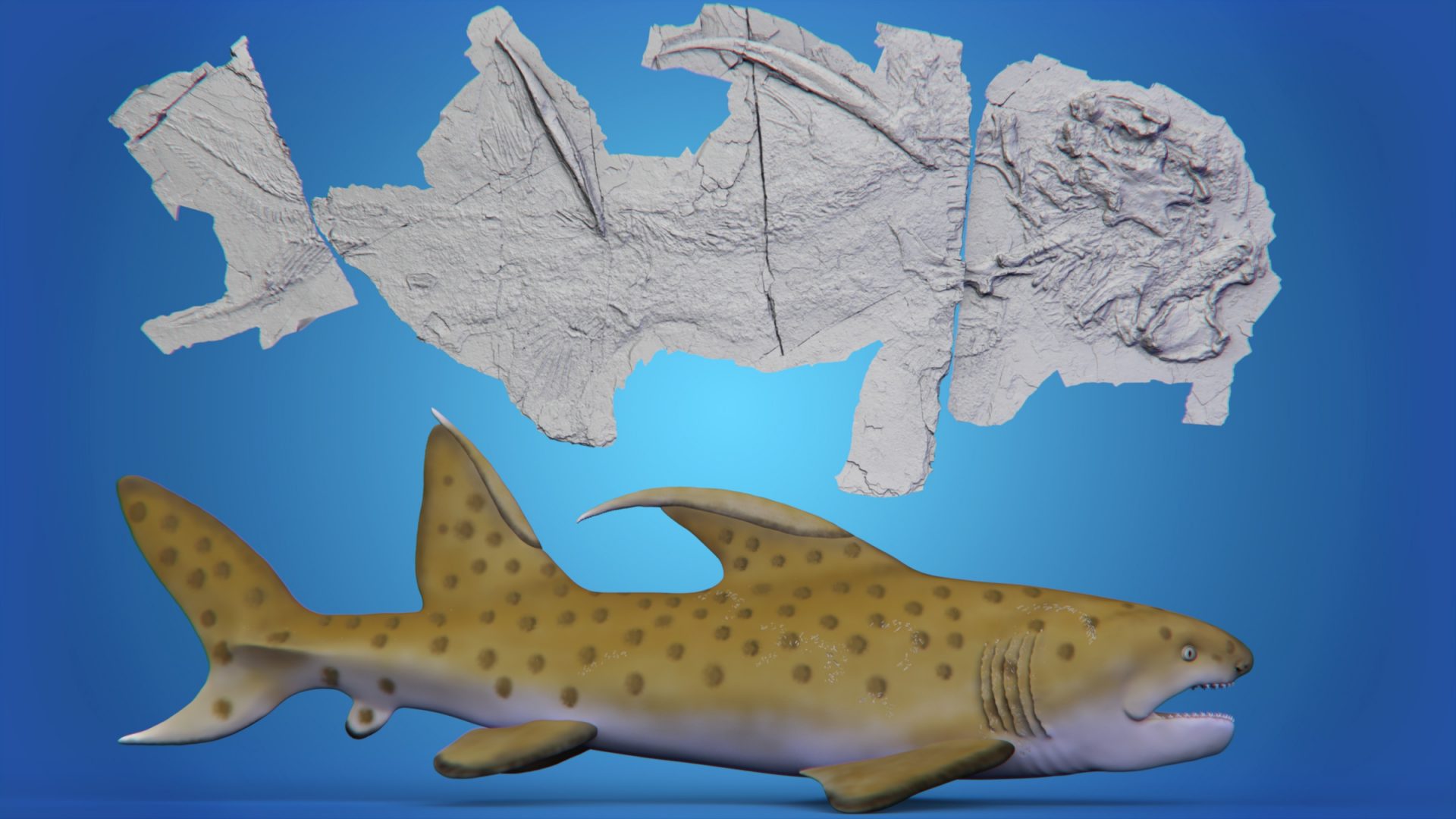 Along with settling on a spiffy new name, Hodnett and his colleagues can also now take a stab at Dracopristis‘ daily life. The team’s determined that the dragon shark (that’s actually pretty dope too), probably lived in shallow lagoons. And spent its time cruising near the bottom of waterways to ambush crustaceans, bony fish, and other sharks. 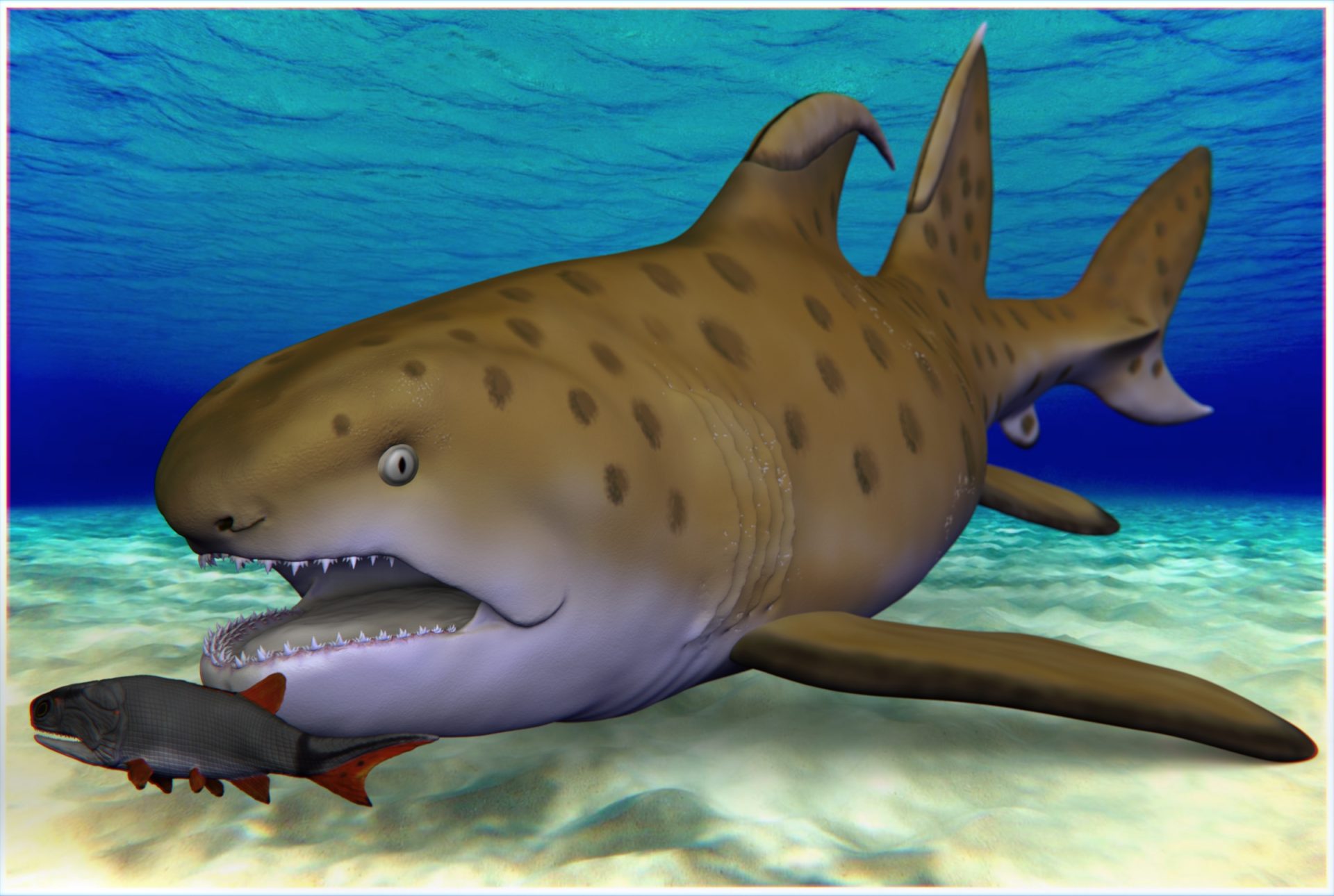 The task for paleontologists now is to explore the insights Dracopristis offers in regards to how ctenacanths fit in the family tree of sharks. Ctenacanthus remains a mysterious, lost branch of sharks, which went extinct approximately 252 million years ago. Although we like to hope that, somewhere out there, there’s still one living descendent of Dracopristis. And that it’s radioactive.