Go Back to Baker Street With These Stellar Sherlock Holmes Games

First appearing Sir Arthur Conan Doyle’s A Study in Scarlet, Sherlock Holmes has been investigating cases for over a century. While he typically proclaims his conclusions as “elementary” to his friend and biographer Dr. Watson, it’s never easy for us to figure out exactly how Holmes has solved yet another mystery.  The iconic detective has been featured in so many films that the Guinness World Records named him the most portrayed movie character ever. And we can’t wait to see Will Ferrell and John C. Reilly take on the roles of our favorite sleuthing pair in  Holmes & Watson.

Once you’ve watched the film, you can dive into board games inspired by Sir Conan Doyle’s iconic character. Here are a few of our favorite games that’ll have you donning the tweed cap and smoking a pipe as you set foot onto Baker Street.

This underrated two-player game features Sherlock and his brother Mycroft matching wits while investigating the case of a young man who either plotted an attack on the Houses of Parliament or is the victim of circumstantial evidence. You and your opponent take on the role of one of the Holmes brothers in this worker placement and set collection game. While the theme isn’t entirely woven into the game, it’s still a solid two-player title that plays in under 30 minutes. 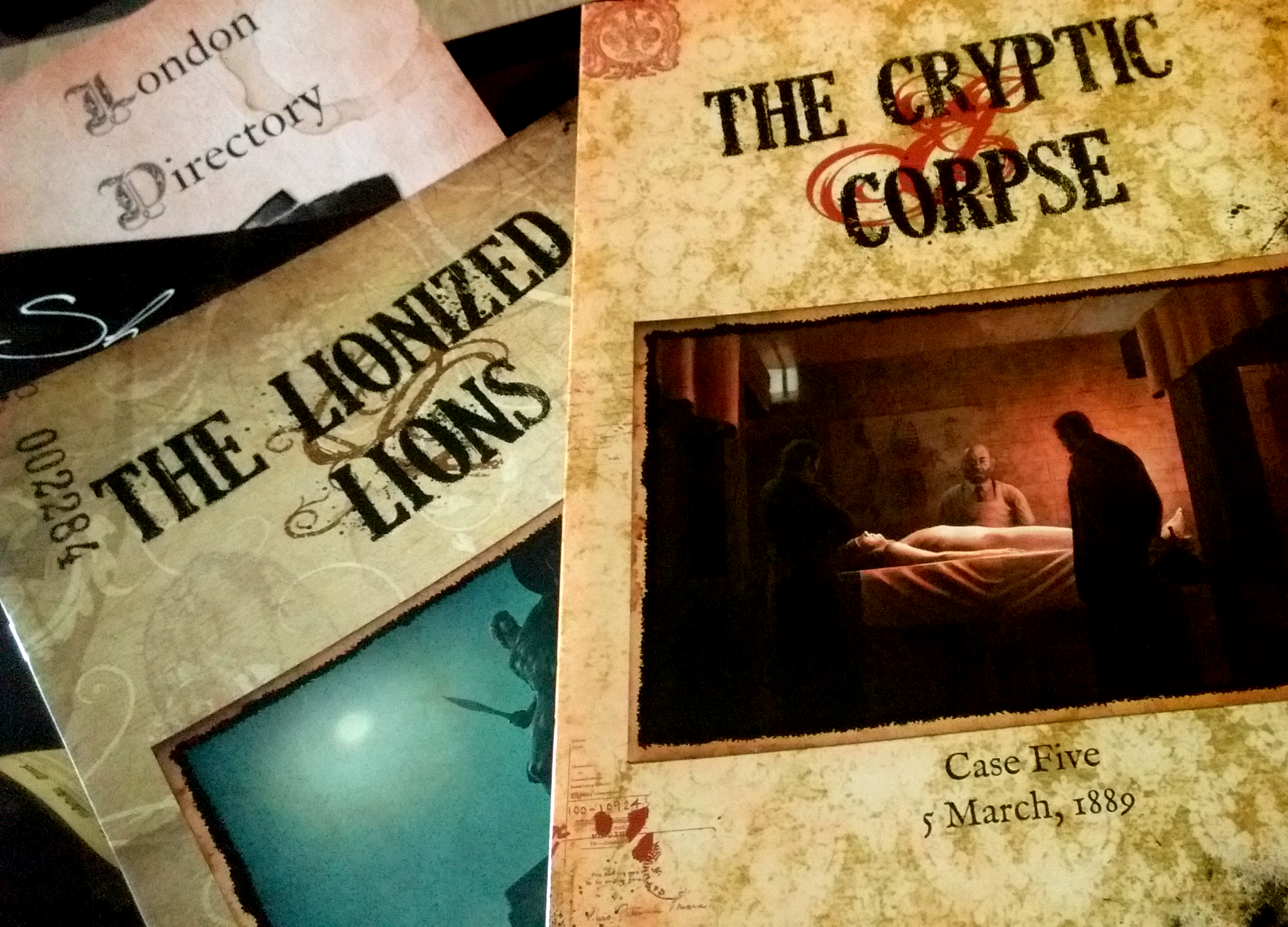 About the definitive Sherlock Holmes board game contributor Ryan Chaddock wrote, “It’s a game that makes you aspire to brilliance and offers the opportunity to take your shot at it. It lets you stew in your own natural tendency to jump to conclusions. It both rewards and punishes intuitive insights. It gives you powerfully intense moments where you realize something about the scene is ‘just not right.’ Few games can grab us by the ego so well while totally enmeshing us in the role, the setting, and the love of the mystery.” 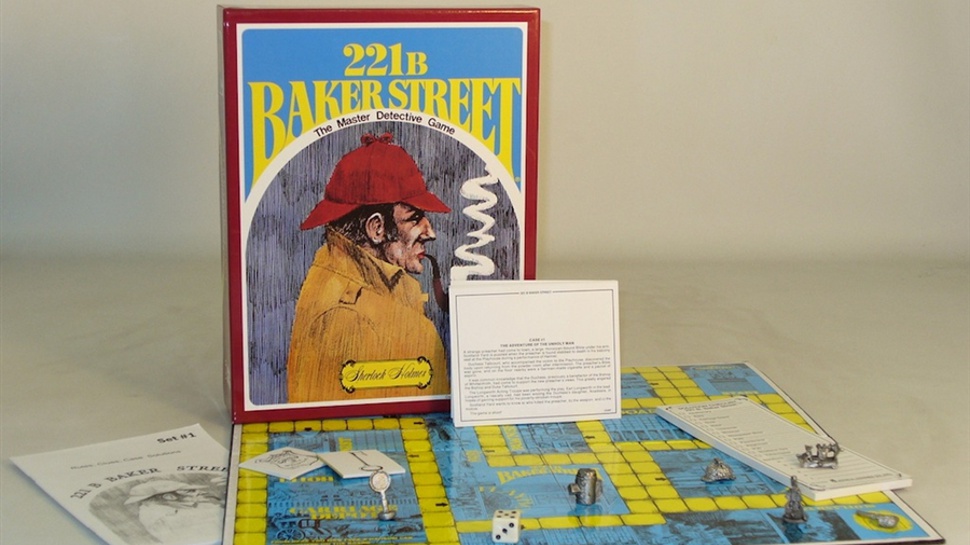 First released in 1975, 221B Baker Street is a roll-and-move game that seems a bit dated, but continues to entertain gamers to this day. Collect clues in the form of facts and puzzles to solve a case then race back to 221B Baker Street to see if you’ve succeeded in doing your best Sherlock Holmes impersonation. 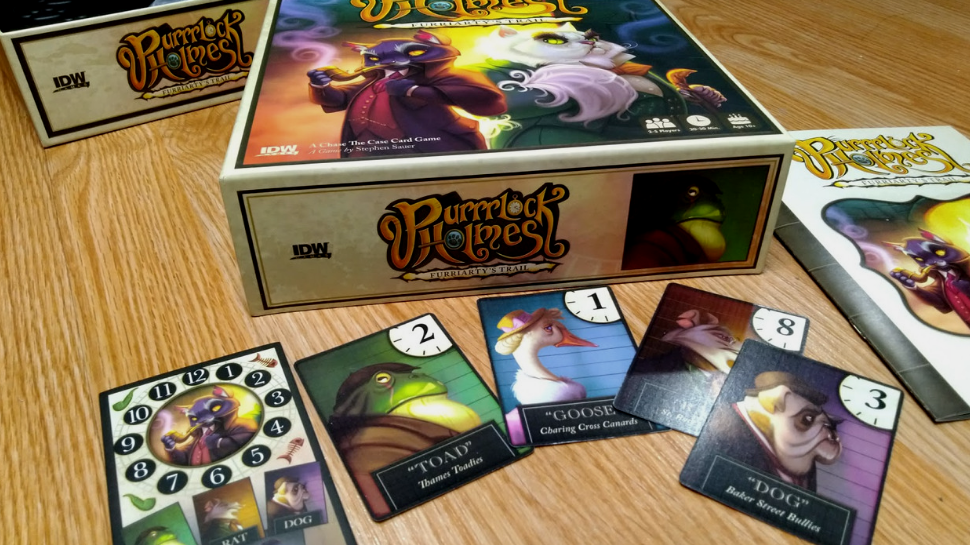 Along with having one of the best game titles ever, Purrrlock Holmes: Furriarty’s Trail makes for a delightful family game set in a world of sleuthing furries. As inspectors at Scotland Pound, you and your fellow inspectors work semi-cooperatively to find out who’s been bullying Baker Street residents. Deduce who the baddie is and you’re the winner of this cute family game. 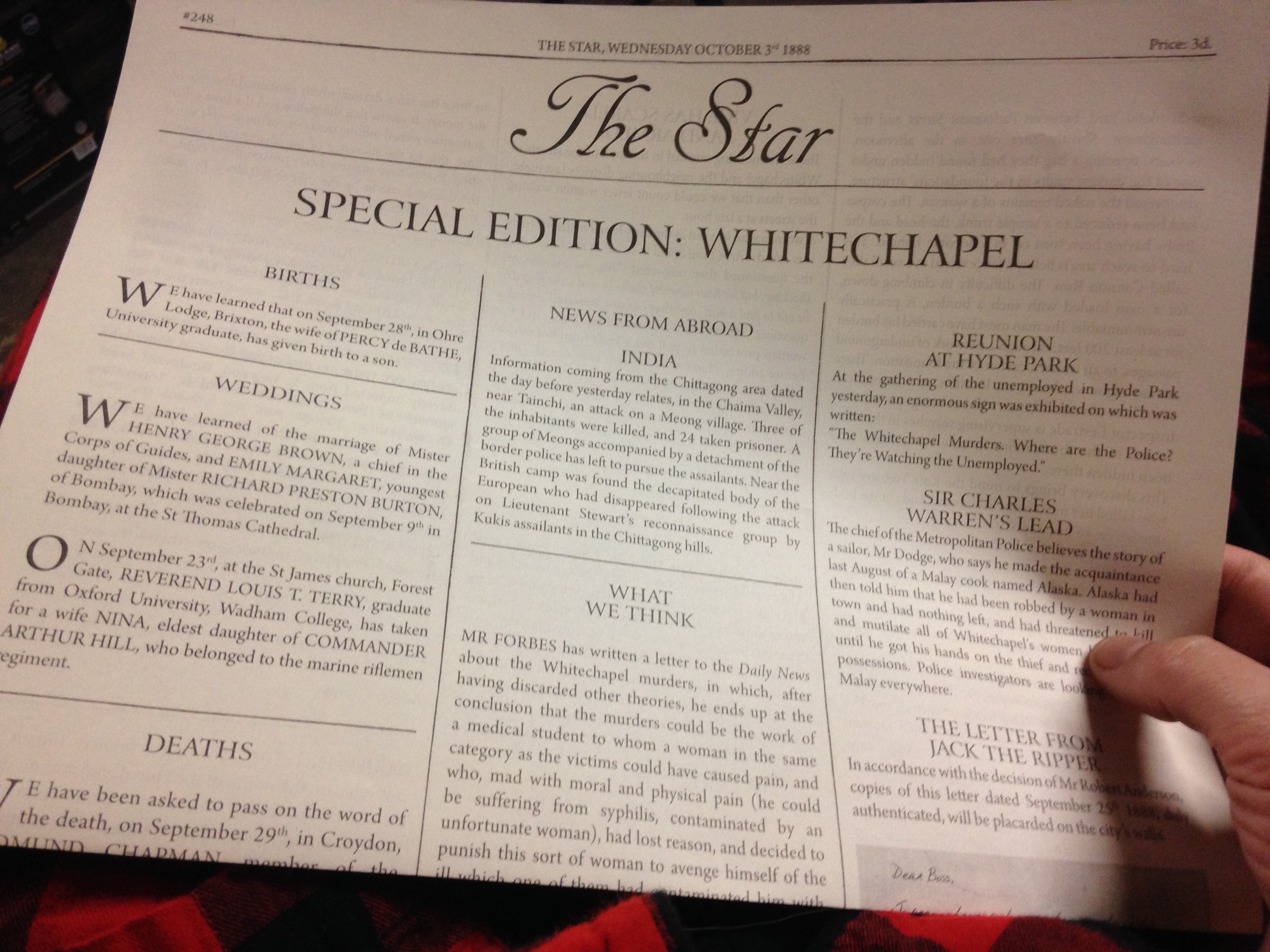 In Watson & Holmes, up to seven players take on the role of Dr. Watson in a game that contributor Charlie Theel wrote, “It’s a title that offers great utility bringing joy to gamers as well as those who’ve yet to discover the hobby. It’s light enough to easily teach but it boasts depth and legitimate story. Most importantly, without fuss, it brings the fun.”

What are your favorite Sherlock Holmes games? Tell us in the comments!