Min-maxed, broken, power-gamed, overpowered, and, etc; the list goes on but the end result is the same—storyteller stress. When a single character (or your entire table) trounces through every challenge without caring or hogs the spotlight from the table it distorts the game. Players will often get bitter over their broken companion or quit the game altogether. If your players don’t turn against each other, then an arms race often comes next. Characters become so optimized they look like lopsided weightlifters or storytellers have to ratchet up encounter difficulties that the setting warps.

These phenomena are repeated across all games and all system. Limited-point LARPs end up with character point builds and your local tabletop Shadowrun game can have a body adept that doesn’t need a team. Solving a problem player at the table is beyond the scope of the article, but I’ve got some tricks in dealing with a broken character. My disclaimer is that no amount of tips will substitute for open and honest communication about feelings and expectations with your players and that should always be on the table. 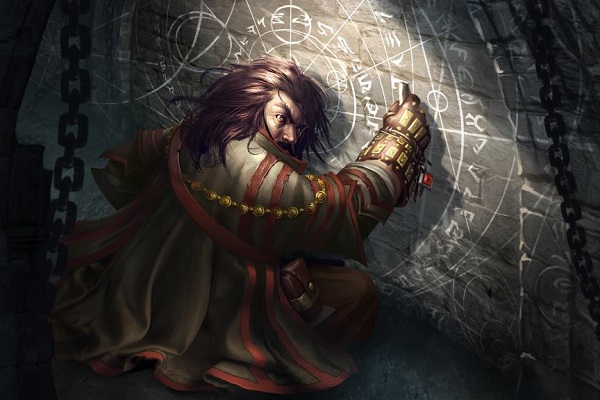 The first task you have before you as GM is to identify why the character is broken. Is there a poorly worded rule effect? Do certain combinations among the party triple their effectiveness? Or does a magical item you gave them several levels ago exponentially compound the problem? Once you figure out why they are “broken” then you can decide to take action. Nobody likes being nerfed, and sometimes a heavy hand is required, but there is another way.

Use their incredible strength in the game. Change the meta of your storyline to acknowledge that they are slaying demon lords in thirteen seconds. Rather than engage in a challenge rating arms race, have your villains become more complex in their plans. Think more Moriarty to Sherlock Holmes. From the mind of your villain start layering your schemes like gears in a watch. If you are using pre-canned adventures, it’s time to throw those out and make your own. It takes a little elbow grease on you as a storyteller, but the rewards can be worth it.

Take a page out of the White Wolf system and muddy up the worldview. It’s easy to wield your sorcerer warlock eldritch blasts to obliterate monsters on an Adventurer’s League encounter. It’s not the same when those same monsters are refugees seeking asylum in your king’s domain. Challenges become easy because us storytellers put a brick wall of hit-points in front of our players and then give them massive hammers to break that wall. They always will.

By changing this dynamic to a more nuanced scenario you open up the table for other character types to shine. In the above example of refugees; bards, clerics, and monks can take on a different role in offering aid. Getting players to steady their hands and see the NPC’s as full entities that add impact will make their sheets less important, and their choices more-so. The moment that happens, their power level starts becoming irrelevant.

King of the Hill

Embrace it. This is my controversial tip for this article and something I’ve done before. If one character is distorting the entire table, rather than nerf or neuter the character, embrace them and run to the hills with their brokenness. Sing their praises in every tavern, have the gods whisper their name, send corporate recruiters to them with fruit baskets and job offers. Do everything in your storyteller power to make their Rifts Mega-damage dealing Glitterboy the highlight the true power of this heroic champion.

Then sit back and watch as the player either tones down their brokenness, it becomes a funny meme at your table, or the world writes its own reaction. What I mean by the ‘world writes its own reaction’ is that I want you, the gm, to trust in your own setting. You’ve crafted an entire universe, and you should give your universe a chance to react. Will people start hiring assassin’s to deal with that person? Will bandits always take that legendary character out first? Or will the king promote him, and give him tasks expecting that same broken competence in all areas, which will serve to highlight his weakness.

So how have you dealt with broken characters before or do you have an example of the most overpowered character played at your table? Let us know in the comments below!

Featured Image by: Tournament Festival by Hugo Cardenas. Art and animations at: Takayuuki.deviantart.com and Youtube