GM Tips is our series to help Storytellers and Game Masters improve their craft and create memorable roleplaying experiences. Last week we talked about retcons and rewinding, this week we handle running multiple groups in the same world.

Over fall, I’ve been running a program at a local store called D&D For Kids. What started off as a simple program with one or two tables has spawned to upwards of 80 different kids with 4 separate GM’s on different weeknights. Rather than run a continual series of one-shot games, I started crafting an entire campaign in Faerun that would both teach the kids how to play D&D; but also teach them to become GM’s themselves by the end.

We aren’t there yet (and I’m still writing the campaign module), but we’ve made it through two seasons now and I’ve been learning a lot about running (and writing for) multiple tables. How do we have a store-wide program with a single campaign that all players can participate, swap tables, and have a concrete impact on the world? I’m not talking something like Adventurer’s League where players are just along for the narrative ride, I mean a genuine campaign. So far, the program has been a wild success, and these are some tips we’ve learned for running a shared campaign universe!

Use A Central Location 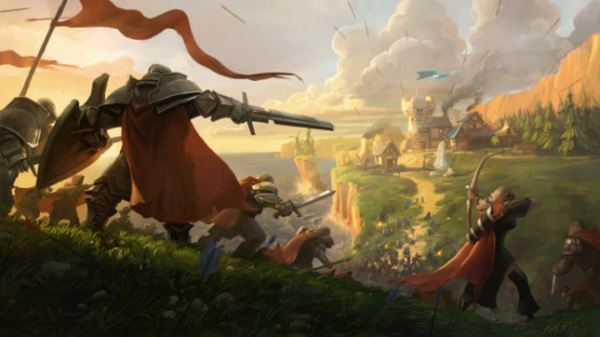 Most campaign adventures take you throughout the land; a journey from a small starting village ends in the dragon’s lair. Unfortunately storytelling for multiple parties does not lend itself well to this style of campaign. Instead of creating a series of lines from each party as they traverse a map, have them branch out from a central location. This central location can be anything from a city, a forbidden forest, a mega corporation, faction headquarters or even a mobile army camp as they march across the world.

There are many, many, reasons to run the campaign this way. Primarily among them is something every GM can relate to: Players do not travel in straight lines. It can be hard enough to wrangle one group of players, let’s not complicate it with seven. By operating out of a central location after every mission they return home. This will allow the party to swap out players and provide a sense of familiarity for them. Furthermore, the amount of NPC’s you’ve to recreate for each table is far less. Plus there is the added benefit of creating a “home” for the PC’s, one that you can showcase for each group. As the parties quest in the world, the central location grows with them and benefits from each of their inputs. In this manner, even players who never see each other can feel like they are part of something larger.

Plan For Seasons; Not Sessions 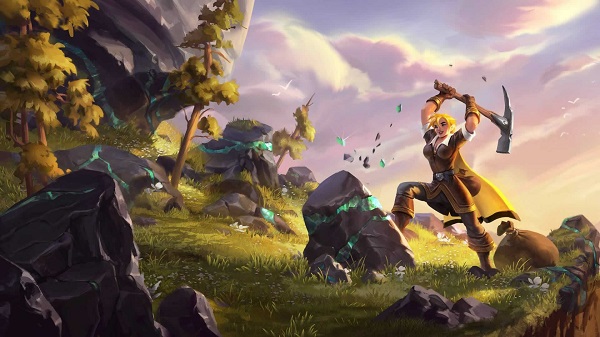 Campaign planning aside when you have multiple tables you can’t write for all of them equally. I know that’s the unfortunate reality, but we are limited by our time. Instead of writing a single adventure for every week, try to pen out a looser outline of a larger story. Six-to-nine sessions makes a pretty good story arc, and your time as a storyteller is better served focusing on that narrative beat. Introduction into the problem, rising tension, a failure, climax, and falling tension should be the narrative points you have over those nine sessions. Don’t sweat trying to plan out where they fall or when each beat is hit. After the end of the story, give the players some time in their home base to witness and feel what has changed in the world around them.

When you focus on story beats instead of individual sessions, your game stays flexible regardless of the table. Imagine for a single table that you planned an encounter with a rogue group of bandits. Fighting those same bandits for every group wouldn’t make much sense. Making the story about “an artifact is stolen” allows you to be flexible with each table. One group fights the bandits, another group hunts magic arm dealers, while a third tries to investigate how the heist was pulled off. While this may seem like you’ve created three separate sessions, you are really just improving three facets of the same event—over multiple game sessions.

Let Stress Flow Through You

Just take a deep breath and don’t sweat the small stuff. Good advice for life in general, but extra important when you’ve got multiple storytellers. Some other table is going to do something that you don’t like. You’ll have an urge to rewind it, fix it, judge it, or even squint your eyes with murderous intent. Resist these urges and remember that the world won’t break because a major NPC got charmed into a love life with a PC on Saturday night. Other storytellers have styles that aren’t your own, and when you’ve got massive player groups—you can’t control everything.

Think of yourself as along for the ride. You are the curator of an overall world, the one who starts a snowball and watches where it ends up. Nobody can (and should be able to) predict how the world will change and what epic stories the players tell. By letting our sense of world control fade away, and even allowing other storytellers to kick over sandcastles, we storytellers can create new content from their ruins. Trying to fight this and put out every fire that is created weekly is not conducive to your health, so relax, and go along for the ride.

Have any GM Topics you would like us to cover? Let us know in the comments below!