GM TIPS: How to Bring Clarity to Open World Storytelling

GM Tips is our series to help Storytellers and Game Masters improve their craft and create memorable roleplaying experiences. Last week we talked about getting your player group to try new systems, and this week we cover what to do when you get there.

Dungeons & Dragons offers a clear narrative hero’s journey arc to any player or storyteller picking up the book. The ease of product use has made it the default standard for new players yet Elves, Halflings and players talking about their Minotaur Barbarian Monk hybrid class doesn’t appeal to everyone. Luckily D&D itself is built to support open world style, and the Dungeon Master Guide even includes rules for Plasma Rifles if you wanted to story-tell in a futuristic setting.

There are other games like Eclipse Phase, Delta Green, and Dreamchaser out there to provide you with thematic base. Many independent game systems are rich with flavor, world setting, and thematic guidance. In any case of storytelling, you can pick your game system simply based on what theme your players want. Cyberpunk? Shadowrun. Horror? Try some Chaosim Games. Deadlands (I swear it’s a theme by itself)? With each core-book acquired you’ll have everything you need to run a game. Except a plot line. Most games include a starting adventure with their core book, but when you have an expansive and rich world, it can be difficult to find a starting spot as a storyteller. Here’s some help. 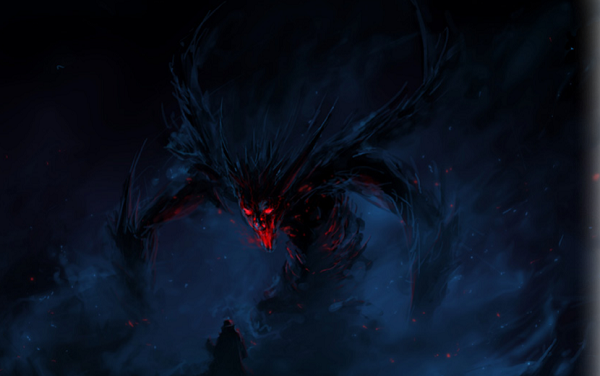 After you are done reading the comprehensive core books, any supplement lore books, and have gone through the media checklist of inspirational material it’s time to write your campaign. The game designers have written you a starting adventure, but the heavy lifting is up to you afterwards. Take the starting adventure and ignore it for now. While it can be helpful to run a provided starting adventure for a one-shot game, they often make poor tie-ins for launching a full campaign. Run the adventure as the characters second or third outing in your world.

When you ignore the starting adventure provided it achieves an interesting goal—you must figure out how to tie the players together. It’s important that when writing a campaign the first part of the world be yours and yours alone. The initial tie-in of characters, their back stories, where they came from are critical to launching a fun campaign in an open world setting. The world is vast and filled with lore—so start with the characters first. A cyberpunk version of The Lost Mines of Phandelver can come once they are settled in.

Focus On The Villain

Eclipse Phase is set in a massive universe across multiple planets. With various geopolitical systems and themes operating on each home-world it can be a bear to generate a cohesive plot line that ties the world together. Instead of trying to write plot line based upon a catastrophic event, create your own Loki. A recurring villain with a fantastic force of personality that is sometimes good, mostly evil, and always annoying will do your campaign wonders. The goal of this particular villain isn’t to be the big bad that players incinerate each adventure. This villain is instead a character that is always running adjacent to the characters campaign with their own private storyline.

This achieves a sense of narrative cohesion with a recurring face from adventure-to-adventure. It’s more important that this character is a foil rather than an ally because that will drive storyline forward. Each time the players score a victory over the character, you’ll have the pleasure of figuring out how that villain gets back on his feet using the world setting. This helps add clarity and focus to the world setting and will allow you to write a campaign easier. If done well, the campaign will write itself.

Factions Are Your Best Friend 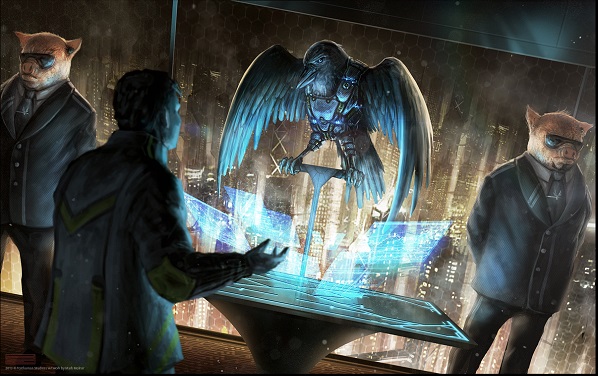 When the world is simply too vast with decades of lore baked into the setting—turn to factions. Faerun is a fantastic D&D setting but with multiple games, editions, full Wikipedia pages and more, it can be daunting to isolate a location. Much of the content released has been on the Sword Coast, but that still leaves entire empires unexplored. Factions like the Harpers can help a storyteller with a traveling party no matter where they land. Each new territory has familiar faces for the parties interaction and to ease the burden on GM writing.

No matter what game world you dive into, you’ll find factions even if they aren’t called that. Gangs, Corporations, Clans, or any sort of cohesive group ideology works. In my favorite Eclipse Phase game, I had advertisements and even paused each game session “with a message from your sponsor”, in order to develop world lore when players bounced from planet to planet. When you add all three tips together: Character back stories, supplemental villain, and a focus on factions—you don’t need to feel overwhelmed by multiple planes of existence.

What’s your open world sandbox tip? Let us know in the comments below!