GM: Bring The Environment To Life For Dynamic Combat Encounters

GM Tips is our series to help Storytellers and Game Masters improve their craft and create memorable roleplaying experiences. Last week, we talked about tugging on heartstrings in encounters, and this week we put a smile on GM faces with fun combats to run.

Machiavellian villains, iconic monsters, and high stakes duels are tried-and-true methods for engaging combats but let’s not forget the environment. Finding an interesting set piece as a backdrop for a fight is something many storytellers are used to. We’ve had our share of encounters in castles, battlefields, prisons, dungeons, old ruins, and of course the tavern; all of them are cool settings. Born from a desire to blow stuff up and have fun running encounters, I’ve taken to dynamic encounters where the scenery is part of the action.

For example, difficult terrain is often seen as a nuisance to keep track of, and anything more complex enters the territory of traps which is an article series of its own. Rather than just markers that hamper character speed, liven up your forest scenery from a hedge to active plants trying to eat people. Making your setting part of the encounter can be a lot of fun and lead to hilarious interactions. Not only will your players have chances to use the setting to their advantage, but unexpected opportunities will also arise for even your tiniest villains. Here’s some inspiration for enlivening the environment for dynamic combat scenes, but by no means is this list exhaustive.

In Shadowrun, we often fight inside mega skyscrapers that stretch above the clouds. In D&D, descending into the Underdark is a staple adventure. Now imagine taking both of those settings and having your players fight a full encounter while racing down the sides. Every round, characters automatically move at the full sprint pace for free, and obstacles start being placed on the mini-map; threatening that all-too-deadly splatterfest. If you’re using minimaps or grids, it’s easier to move the obstacles every turn than the characters in this example. Having the players fight while falling opens up abilities on their sheet to be used creatively, and it sets a timer on the fight before, you know, the ground arrives to say hello (the ground usually wins). 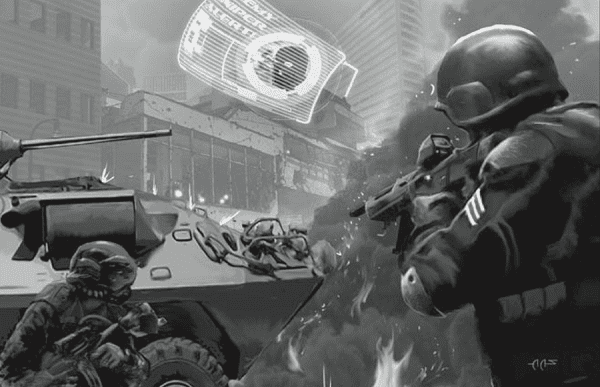 If making the players fall isn’t your thing, try bringing the building down. Swashbuckling on an opens hip while canons rip through the foremast, tipping it over onto the bow—causing more chaos in the fray makes the fight feel real. Besides, dropping objects on the heads of characters and villains is actually fun! In a falling object encounter, I prep the types of debris ahead of time with more variety than just rocks and rubble, I’ll add in mountain goats, weapons, and even other NPC’s to the mix and set them all on a random roll. When the combat is carried out like normal in the dynamic environment, a mountain goat falling off the cliff and landing on the arch-wizard mid-meteor is just simply golden.

Teleport is one of those effects that players love and storytellers… love to mess with. From science fiction games to fantasy settings, porting characters is a classic roleplaying game means for instantly killing characters. Yet few games allow the ability to follow someone through time-and-space in a hasty fashion, meaning any would-be action gets lost instantly. House ruling this in some fashion, or creating a magical item that allows you to trace a teleport effect, will be required for this to happen. You may even want to give the party an artifact or device that allows for extra jumps to set up this encounter.  It’s a lot of work, so why would a GM do this?

Simply put, racing through continents and backdrops every other turn via teleportation with one or more groups chasing you is a riot. Those “teleportation error” charts found in books suddenly become very important and you can expect that at least one individual will teleport into a wall during this. For added comedy, teleport into one area first, then several hops later return to the first—only now everyone there is still cleaning up from the first hop. Combining disorientation with quick thinking is what makes this type of combat fun, so putting your players on a timer to declare their actions quickly is a good idea for tempo reasons. 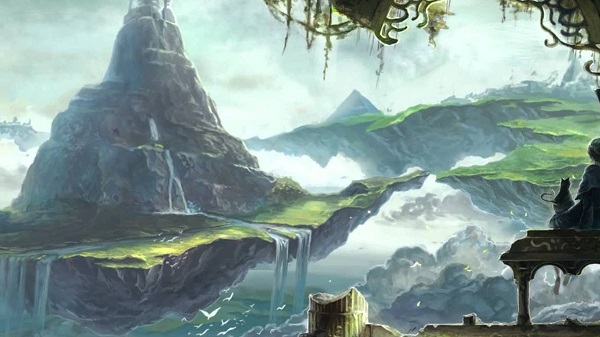 When the first two ideas simply aren’t epic enough, combine them. In Faerun, start at the top of Mount Celestia and fall off… having a combat through all the realms as you fall down to land in the lair of Asmodeus. Alternating plane encounters combine the environmental diversity of a teleportation chase scene with the looming deadly obstacles in a falling combat. Even hopping on a rotating cycle through elemental planes can wreak havoc on your parties (characters and NPC’s alike), turning the fight into a contested survival rather than us-vs-them battle like normal.

Setting up a plane-shifting encounter isn’t terribly difficult and provides a huge payoff. Create a wizard spell gone wrong, or even an environment that’s stuck on a flicker—let the players know ahead of time and off they go! Science fiction or urban fantasy roleplaying games can benefit from this too. Cthulhu games easily lend themselves to distortion mechanics, science fiction games can planet hop or use black holes, and urban fantasy games can rely on nearby shadow effects to pull off a plane-hopping fight. Just throw the word quantum in front of some science contraption if you really find yourself in writing pickle on how to set this up.

These are just three instances of dynamic encounters and we would love to hear others. Do you have awesome combat encounters of your own? Let us know in the comments below!

Featured Image by: Metallic Dragons by Ralph Horsely for Wizards of the Coast

Image Credits: Shadowrun Standoff by Catalyst Games, Plane of Air by Wizards of the Coast