Give Your Bard More Range With the College of the Opera

Hannah Rose, producer of Worlds Apart, and Kelli Butler, a professional opera singer, recently combined their talents and Dungeons & Dragons experience–and their friendship–to create the College of the Opera, a supplement for bards now enjoying success on the Dungeon Masters Guild. If you’ve been looking to give your bard more (vocal) range, Hannah and Kelli devised a deadly diva that’s just as talented in combat as they are on stage.

It all started with a tweet, Kelli tells Geek & Sundry. “I made a silly tweet about how it wasn’t fair that there was no vocal focus bard class in D&D, and posited an opera class that could shatter with their voice and speak multiple extra languages,” she says. “Hannah, being awesome, picked it up and ran with it! She is brilliant.”

Bards choose a College at level 3; in the Player’s Handbook, their only options are College of Lore and College of Valor. (Xanathar’s Guide to Everything has additional options.) College of the Opera adds a new association that turns the bard’s voice itself into a weapon. 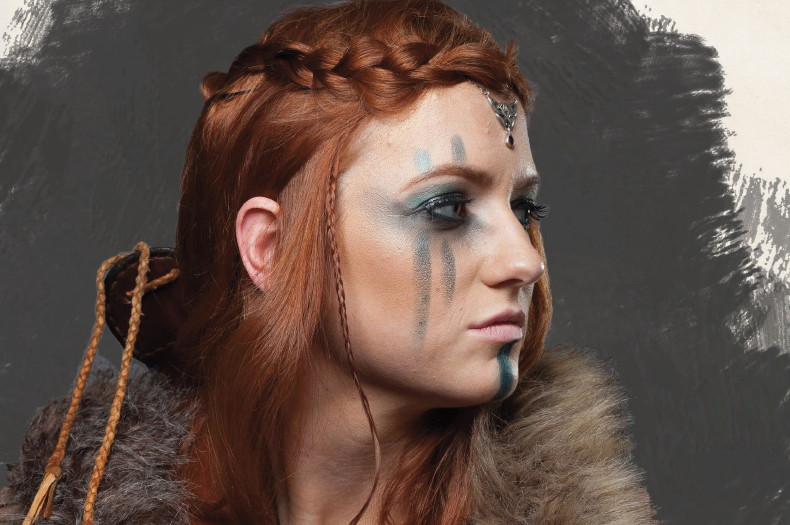 “The idea that opera characters (and often the performers) are seen as very much larger-than-life, sometimes over the top, which fits very well with bards in general,” Kelli says. “As far as the mechanics, also the idea that we would be facile with multiple extra languages, as well as working out the musical terminology to match the mechanics.”

“After the first draft, I decided that I wanted to name all of the Aria options after actual types of operatic arias, and Kelli helped find names that fit for each ability,” Hannah tells us. “The Capture Soul feature was also her idea, and I’m really happy with how that evolved into a flexible feature that can be heroic or nefarious depending on how it’s used.

“My partner James Haeck gave us some feedback on multiple drafts, including the suggestion that the Piercing Resonance feature be more than just learning shatter, which gives characters a strong identity and a fun new ability as soon as they choose the subclass.”

Both Hannah and Kelli hope that players simply enjoy the new subclass.

“It fits pretty much any alignment, and has plenty of room for so many types of backstory. I really want to hear stories about overdramatic opera bards!” Kelli says. “Also, as farfetched as it seems, I hope maybe some people decide to give opera a try because of it! It has been really rewarding to blend my geekier self with the opera performer side of myself, and I hope that people feel like that makes opera more accessible.”

Hannah agrees. “I also want to hear all the stories of opera bards going on grand adventures. And I’ve heard from a lot of DMs who are creating College of the Opera NPCs (or villains), which is absolutely awesome. I think a lot of the strength of the College of the Opera lies in the fact that it has a strong theme and identity, but is very flexible for all different kinds of characters.”

Download College of the Opera from the DMs Guild for just $1.99.